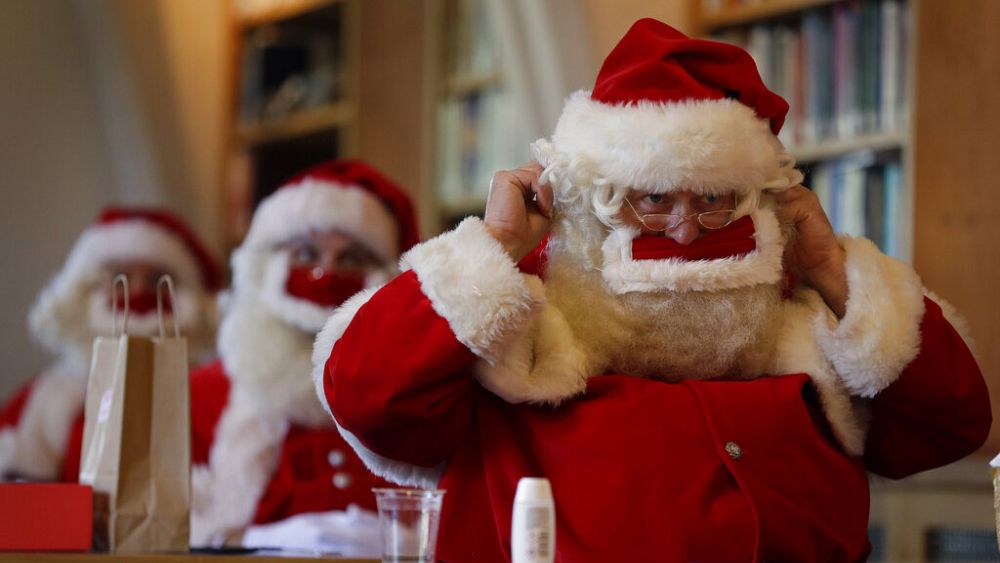 Children in the UK will still be able to visit a Santa”s Grotto this year as Father Christmas performers up and down the country prepare to use video conferencing.

It comes as England’s nationwide coronavirus lockdown is set to end next week. But most people will continue to face tight restrictions on socialising and business, with pubs and restaurants ordered to remain shut across much of the country.

Facing a December with few bookings, The Ministry of Fun is launching a digital alternative to physical grotto visits called SANTA HQ.

A one-on-one live video call with Santa is one of the highlights.

The London entertainment agency traditionally supplies Father Christmas performers to stores and shopping centres across the UK throughout the festive season.

But managing director Matt Grist expects at most 15 per cent of usual bookings this year due to the restrictions.

“It’s huge for the events industry, it’s huge for the entertainment industry, as the whole year has been, and certainly for all those Santa performers that usually go out and meet children from the end of November every day,” said Grist.

“So, we wanted to make sure that that wasn’t the case for their benefit, but also and mainly for the children, obviously.”

Even Santa is learning to use Zoom

“Santa is very old and crotchety sometimes, and this new IT can be a little bit difficult for an old dog to learn, but I’ve got there and every child can have a visit,” said performer ‘Santa John’.

“The obvious way for Santa to still be able to meet as many people as possible was to also enable him to communicate online,” said Grist. “So, that’s where Santa HQ was born. So, he can talk to children all over the world, direct into their homes from his home in the North Pole.”

The project is backed by internet entrepreneur and Wikipedia founder Jimmy Wales, who had an idea for a similar project this summer.

“I started thinking about how everybody was moving onto Zoom and doing all these things virtually, and it just struck me that, wow, actually this year it’s really important that we give kids a great Christmas,” said Wales.

“It’s been a tough year for everybody. And a lot of bad news is quite scary to young children. And I realised we also shouldn’t be congregating in the shopping malls and department stores to visit Santa Claus, and it should all just move online.”

Coronavirus has changed the way we socialise online

Wales said the virus outbreak may have shifted the way we socialise online.

“And I do think that the idea that a social network is really just about clicking like on your friend’s photo as opposed to real socialising is something that may change now.”

This Father Christmas performer is looking forward to speaking to children from his virtual grotto instead. He said many are in need of a magical Christmas, after a difficult year:

“The fact of the matter is, Santa is still as much, possibly more needed, this year than ever before.”

SANTA HQ launched on 25 November. Content can be accessed via an app that’s available on both iOS and Android.