SARAH VINE: My anxiety was like a house crumbling around me. Pills could never fix the root cause


Rifling through some old papers the other day, I came across a letter from a psychiatrist to whom my doctor referred me back in 2012.

There, in black and white, was a stark analysis of my mental state at the time, the maelstrom of emotions I was experiencing, the confusion, anxiety, guilt, panic, worry — all noted down in clear, neat, clinical language.

‘I am sorry things are so difficult at the moment,’ she wrote. ‘But I do hope you will find the new medication helpful.’

I did. Very helpful, in fact. If I’m honest, a bit of a lifesaver. At the time I had a challenging new job, two small children, a husband who was a rising star in politics. Life was fun, full, fulfilling — on the surface, at least.

Yet underneath I felt overwhelmed, out of control, as though I was staggering from day to day without any real sense of purpose.

All around me, everyone seemed to be so brilliant, so organised, so successful; whereas I felt getting out of bed in the mornings was a Herculean endeavour.

The medication calmed those feelings. It stabilised my emotions, soothed my frantic, messy mind.

My energy levels improved and I became more even-tempered and organised. I felt less inadequate as a mother, marginally more useful as a wife, better able to cater to the needs of my employer. 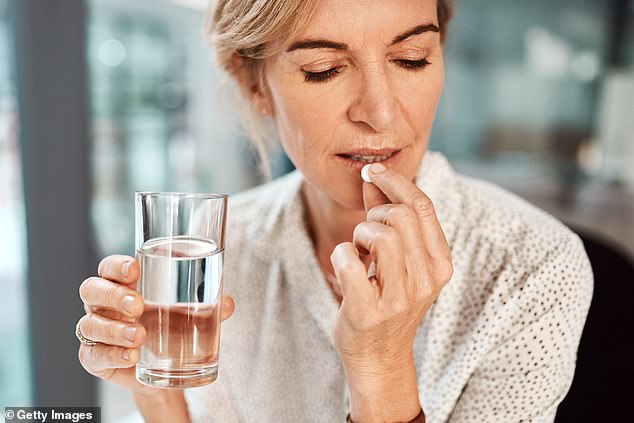 SARAH VINE: You will never find me judging anyone who is taking — or has ever taken — antidepressants, or the doctors and mental health professionals who, when faced with patients at their wits’ end, write a prescription for them (file photo)

All my worries were still there, of course. But the volume had been turned down from a deafening ten to a more manageable two or three.

So you will never find me judging anyone who is taking — or has ever taken — antidepressants, or the doctors and mental health professionals who, when faced with patients at their wits’ end, write a prescription for them.

But this week’s announcement from the National Institute for Health and Care Excellence, issuing new guidelines to professionals that require them to consider alternative options such as therapy, meditation or exercise before prescribing antidepressants is, if you ask me, long overdue.

The advice comes as Britain faces a wave of mental illness, in part triggered by the pandemic, which has seen a huge uptick in medication use.

About 7.3 million people in England were on antidepressants of one kind or another even in 2017-2018, and a staggering 15 per cent of adults take five or more medications a day.

Especially worrying is the record high number of children being treated chemically for depression. In 2020, 231,791 prescriptions were issued to those aged between five and 16, and over the past five years the number issued to primary school children has risen by 20 per cent; in secondary school pupils it is 23 per cent.

Never before in history has a generation been so heavily medicated; never before have our young people had their minds altered in such a way (well, not legally, at any rate). And the potential repercussions are huge.

What we are looking at here is an epidemic which, in its own insidious way, can be as malign as Covid. Only this one, instead of threatening our bodies, threatens our minds and ultimately the very way we, as humans, function on an emotional and intellectual level. 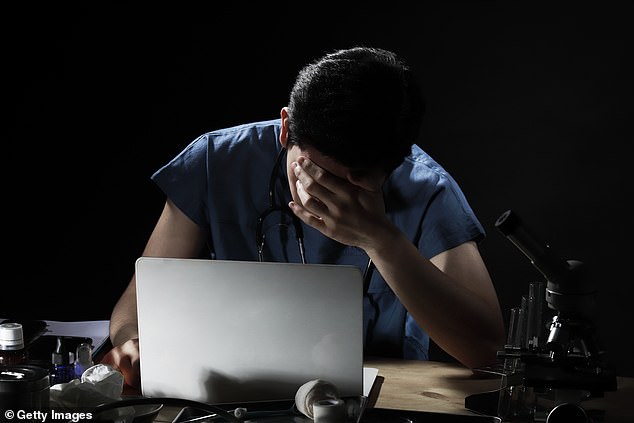 About 7.3 million people in England were on antidepressants of one kind or another even in 2017-2018, and a staggering 15 per cent of adults take five or more medications a day (stock photo)

How we tackle it is important: medication should be a weapon of last resort — not, as it currently is, the first thing we reach for. Because although these drugs represent an important tool in the treatment of mental illness, they also have serious downsides.

The most obvious and widely reported are the effects of withdrawal. This is something I have written about before and, indeed, experienced myself.

About four years ago, after almost a decade on NHS antidepressants of various kinds, I decided I’d had enough.

I had begun to explore different ways of dealing with my neuroses, from diet to exercise and therapy, and felt ready to experience life again free of — in my case — SSRIs (selective serotonin reuptake inhibitors).

But the process of stopping was far, far harder than I had ever expected, or anyone had ever warned me about.

If the depression had made it hard for me to function, this made it virtually impossible. It was as though a dam had burst inside my head, releasing an army of raging, pent-up demons. 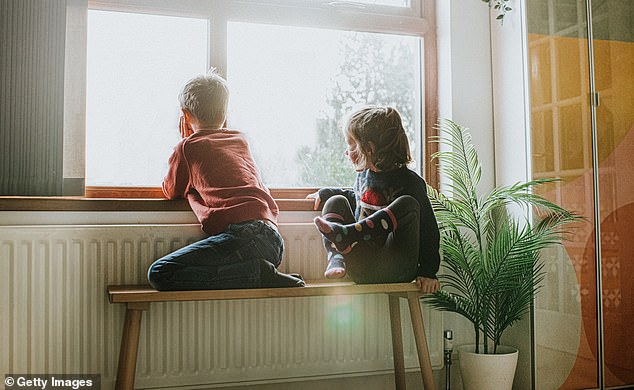 Especially worrying is the record high number of children being treated chemically for depression. In 2020, 231,791 prescriptions were issued to those aged between five and 16, and over the past five years the number issued to primary school children has risen by 20 per cent; in secondary school pupils it is 23 per cent (stock image)

At the same time, it unleashed a series of debilitating physical symptoms which will be all too familiar to many who have tried to come off these pills, ranging from a general inability to concentrate to memory loss, mild hallucinations, terrifying dreams, extreme anxiety, insomnia, fatigue, tinnitus, nerve pain and a weird zapping sensation that occurred whenever I moved my eyes.

I tried, I failed, I tried, I failed. I would manage two or three days, then the symptoms would become unbearable. The only thing that would make them go away was that little blue pill. The relief was such bliss.

Nevertheless, I persisted. Eventually I got down to the lowest dose possible — and there I remain. I still can’t quite break free.

Every time I try, the side-effects return with a vengeance. Indeed, some are now with me permanently, the worst of which is probably the tinnitus — an internal sound behind the ears which varies from a low whoosh to a high-pitched whine, depending on my overall stress level — and the nerve pain, which manifests itself whenever I get particularly tired.

But none of that compares to what my prolonged use of these drugs did to my personality, and my capacity to function emotionally as a healthy human being.

These drugs bent me out of shape in a way I could never have imagined, allowed me to do things I should never have done — and probably never would have, had I not been so emotionally numb.

One example was the death of a close friend’s father. She was devastated, bereft, inconsolable.

It was then, I think, that I first realised: the antidepressants restored my capacity to function but, somewhere along the line, they had made me lose myself.

I used to have a recurring dream that the house roof was leaking. The leak would start off small and I would ignore it, hoping it would go away.

But it would get worse and worse until the water ran down walls and dripped off ceilings. Eventually, a huge crack would appear and the whole house front would fall off into the street.

But if you don’t do the work, if you don’t make the necessary repairs and address the underlying reasons for your unhappiness, then you will remain, beneath all that clever chemistry, still depressed.

And eventually, like that wall, you will crack — and your whole world will come crashing down around you.

Why is everyone so surprised at the Prime Minister’s obsession with Peppa Pig? He’s the father of a toddler.

And everyone knows that Peppa Pig is like crack cocaine to toddlers.

It’s certainly the only thing that will buy you an extra 20 minutes of shut-eye on a Sunday morning. And I daresay he could do with a bit of that.

I’m not very up on Formula 1, but even I know that Lewis Hamilton has been distinguishing himself as a great driver over the past few weeks.

He’s a huge inspiration to young people everywhere, and unstinting in his support for Black Lives Matter. 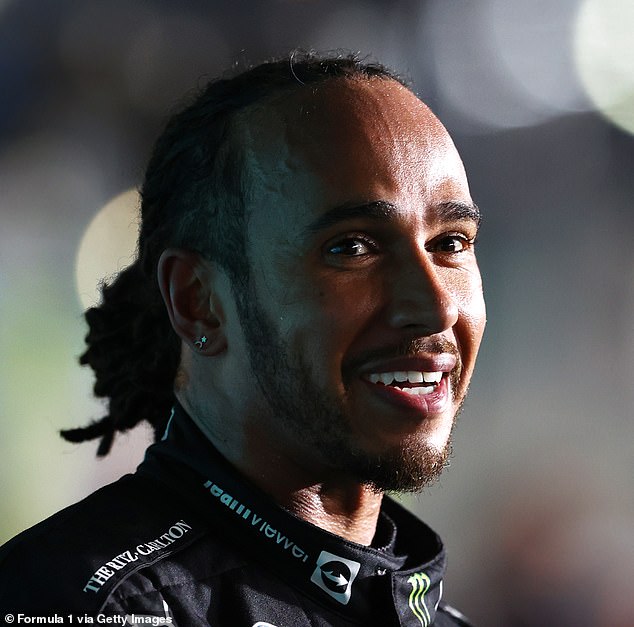 Which is why, to show his sympathy for the oppressed, he should boycott this weekend’s Grand Prix in Jeddah, Saudi Arabia.

It’s bad enough that we’ve lost David Beckham to the Qataris; it would be nice to know that some British sportsmen still have principles.

There have been calls for video games to replace school trips after a non-violent version of Assassin’s Creed was successful in teaching secondary school pupils about the Vikings.

This is clearly a terrible idea. Spending seven hours in a smelly coach before trailing around a replica Iron Age settlement in the mud and rain, or staying in some godforsaken hovel on the outskirts of Dieppe drinking contraband Pernod and ripping your lungs to shreds with Gauloises, is a rite of passage every young person deserves. And much more fun than staring at some damn screen. Again.

You learn something new every day.

‘Doxxing’ is the word to describe the practice of publishing someone’s personal details online so that other people can take action – inevitably negative – against them.

The latest victim is JK Rowling, who has called in police after three trans activists revealed her home address in Edinburgh.

When this happened to my family last year, it resulted in my 17-year-old receiving a death threat in the post.

As we saw from the case of Sir David Amess, who we remember this week, it only takes one nutter. Or in this case, three.