When it comes to the coronavirus vaccine, it’s funny how many otherwise intelligent people I know have become borderline deranged about it. Endless paranoid WhatsApps and links to bonkers Facebook posts.

‘You won’t catch me putting that poison in my arm,’ they say. ‘I’m not stupid. I don’t want to be part of the evil plans of [insert sinister global organisation here] to [insert outlandish conspiracy theory here]. Oh no, not me. I’m not falling for that.’

Sorry, but no. You are stupid. Weapons-grade stupid, in fact.

A killer virus that has paralysed the world, brought the economy to its knees, cost millions of people their lives and livelihoods, driven us all half round the bend with fear and grief, and you don’t want to have your free immunisation that scientists have worked around the clock to develop in record time so you can avoid becoming a statistic? 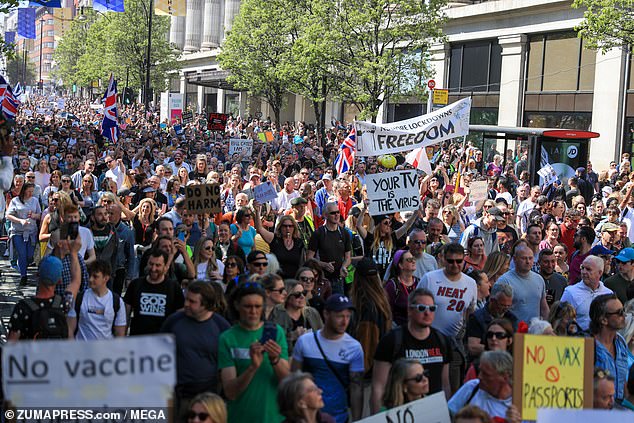 Demonstrators march against vaccine passports, face masks and the coronavirus lockdown in London

And all because Wayne in Minnesota, who lives in his parents’ basement, has told you it’s an evil plot by lizard people so they can harvest our organs? Or because a deluded preacher in Nigeria claims it’s white witchcraft?

True, for a tiny few, the vaccine does present a serious health threat — but so does any medication.

My mother, for example, suffers from life-threatening allergies. She went along for her jab and they turned her away because of the risk it posed.

She had to have hers done in hospital, just in case she went into anaphylactic shock. She didn’t.

But these people are a minuscule minority. Most of us are fine with it, apart from a few unpleasant side- effects. Certainly more fine than we would be if we caught Covid.

It is utterly tragic that a large number of those who refuse the vaccine are also among the most vulnerable to the virus.

Yet still people don’t get it. In London, where I live, there are already hundreds of cases of the Indian variant. And that’s not because of people returning from the subcontinent; it’s because too few residents have had the jab. 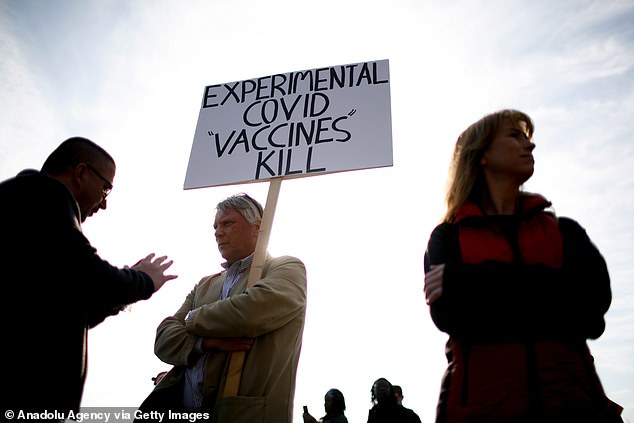 An anti-lockdown activist holds a placard opposing coronavirus vaccines during a demonstration in Hyde Park, London

After months in lockdown, our capital city is starting to open up again. And with that awakening will come jobs, hope and happiness. Yet all this is now in question because people won’t listen to sense.

Instead of being able to see that the vaccine is our way out of this nightmare, the anti-vaxxers, emboldened in no small part by nonsense they read on the internet, have somehow convinced themselves it’s actually the problem.

Honestly, it’s like being offered an antibiotic for a septic toe and deciding you’d rather have your leg amputated because you once read something about penicillin being a bit bad for your gut flora.

Except it’s worse, because having a leg cut off is not contagious. Covid is; and unless we are prepared to risk goodness knows how many more deaths in pursuit of that natural herd immunity, the vaccine is our only chance of getting back to some form of normality.

So I’m totally on the side of Lord (Andrew) Lloyd-Webber when he says refusing the jab is no better than drink-driving.

It’s an act of supreme selfishness and irresponsibility. Not least because it won’t be the vaccine refuseniks who are left to clear up the mess, but the NHS. And they, I think we can all agree, are long overdue a break.

Klum at 47 is out of this world 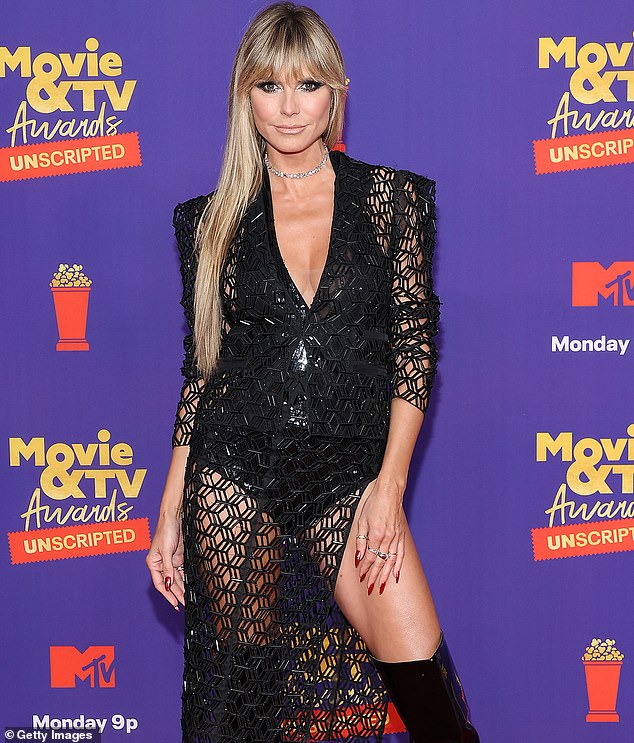 Hedi Klum, 47, belongs to that rarest of species, the supermodel, to which the normal rules of age and gravity simply don’t apply

There’s no question that Heidi Klum is incredible for 47.

But then she belongs to that rarest of species, the supermodel, to which the normal rules of age and gravity simply don’t apply.

How else do you explain Naomi Campbell looking so fabulous at 50 as she celebrates becoming a first-time mother.

Sometimes it seems these women really are from a different planet.

A summer on the scrapheap

I simply can’t understand why, after all they’ve missed out on, some Year 11 students — i.e. those who would have been sitting GCSEs this summer — aren’t returning to school after half-term.

We are talking about 16-year-olds here, many of whom have missed months of education, who are now going to be at a loose end until September.

No one wants to employ them —after all, they have no experience and besides, there are no jobs for that age group any more, paper rounds having all but disappeared. What’s more, health and safety rules make it almost impossible for firms to take them on.

So what are they going to do? I’m sure some will find edifying pastimes; but most will just do what 16-year-olds do, left to their own devices: get up to no good.

Given the problem with drugs and gangs among this cohort, isn’t this just asking for trouble?

And from a purely educational point of view, why isn’t there a clear programme of help and advice for them, with access to facilities and resources to help repair the damage done to their education as a result of lockdown?

Or is it simply the case that, once again, young people — who should be our absolute priority — seem to be at the bottom of everyone’s list.

I know that football is fundamentally a tribal sport, but the FA is wrong to allow the display of political flags during games.

This is a war we’re talking about here, and any expression of solidarity with either side will ramp up tensions.Keep such gestures off the field.

Ever since the Duke and Duchess of Sussex flounced off to America to have more privacy, we’ve never seen or heard more from them.

The latest inanity is an attack on the First Amendment (which protects free speech). Harry calls it ‘bonkers’, adding ‘the laws have been completely flipped . . . so they can make more money . . . off our pain, grief.’

It seems to me there are only two people making any serious money out of Harry’s trauma: him and his missus.

Gwyneth Paltrow made me smile when she talked about her daughter, Apple, 17, being a little more forgiving of her mother.

‘My daughter likes my style now, which is great because there was a period where she thought I was a total loser,’ she admitted in an interview.

I know that feeling: my own daughter, 18, has only just woken up to the fact I may not be a total embarrassment.

It’s funny, friends whose children are older always said it: you lose them when they’re about 14, but they come back eventually. It’s such a joy when they do.

Ritter-sweet memory of a comedy genius 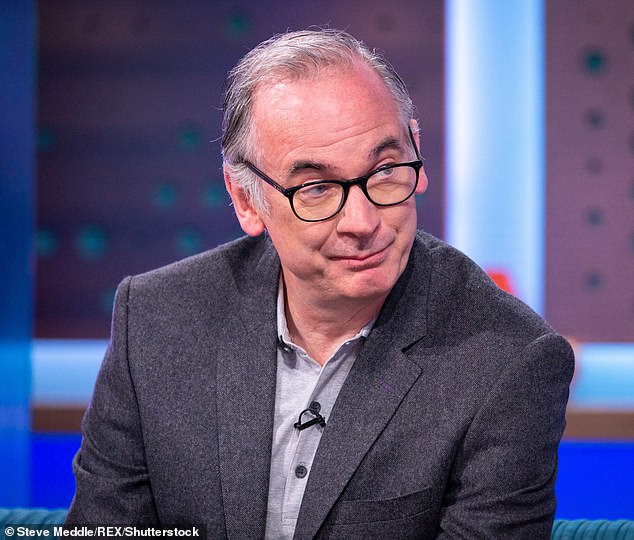 Tamsin Greig has spoken of how she tried to persuade her co-star, Paul Ritter not to take part in a tenth anniversary special

Tamsin Greig, who plays the brilliant Jackie in Friday Night Dinner, has spoken of how she tried to persuade her co-star, Paul Ritter — the irrepressible Martin — not to take part in a tenth anniversary special.

At the time, Ritter was very unwell, and he later died from a brain tumour, aged just 54.

But I’m grateful he ignored Greig’s advice, because it will mean that we, the fans, will catch a little extra glimpse of him when the tribute airs on May 28.

He was a remarkable talent, and Martin’s antics have kept me and my teenage son smiling all throughout lockdown.

Friday Night Dinner deserves its place in the pantheon of great British sitcoms and Ritter will be forever missed.

You do have to wonder why certain people become teachers when they clearly have so little empathy with young people.

Take Ella Goodwin, 13, who wanted to wear a hat to school to cover up her hair loss. She was told she couldn’t because of ‘school policy around uniform’ and it was suggested she try a wig.

I began losing my hair at about the same age as Ella, and I understand why she doesn’t want to wear a wig.

Thank goodness for the support of fellow pupils at Heritage High in Clowne, Derbyshire, who staged a protest to get the school to change its mind. Says a lot when the teenagers have more sense than the staff. 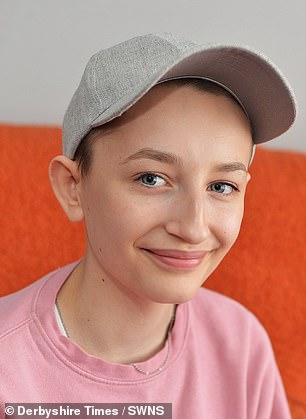 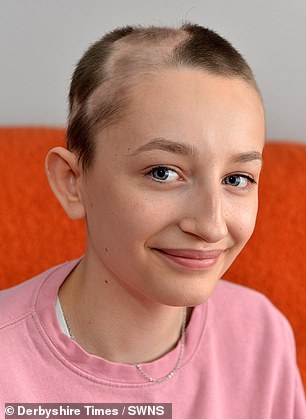 Ella Goodwin, 13, wanted to wear a hat to school to cover up her hair loss but was told she couldn’t because of ‘school policy around uniform’

The BBC’s media editor, Amol Rajan, was so nervous about his first shift co-presenting the Today programme that he drank ‘three massive rums and a bit else’ the night before, had an hour’s sleep, then — I thought — did a rather good job.

It reminds me of when I went for an interview at UCL about a million years ago. A friend took me to lunch beforehand and I had a glass of wine.

I don’t recall much about the interview — but it got me an offer. Sometimes a bit of Dutch courage is just the ticket.

NYPD officers helped a 44-year-old autistic man who somehow got lost in New York City this...