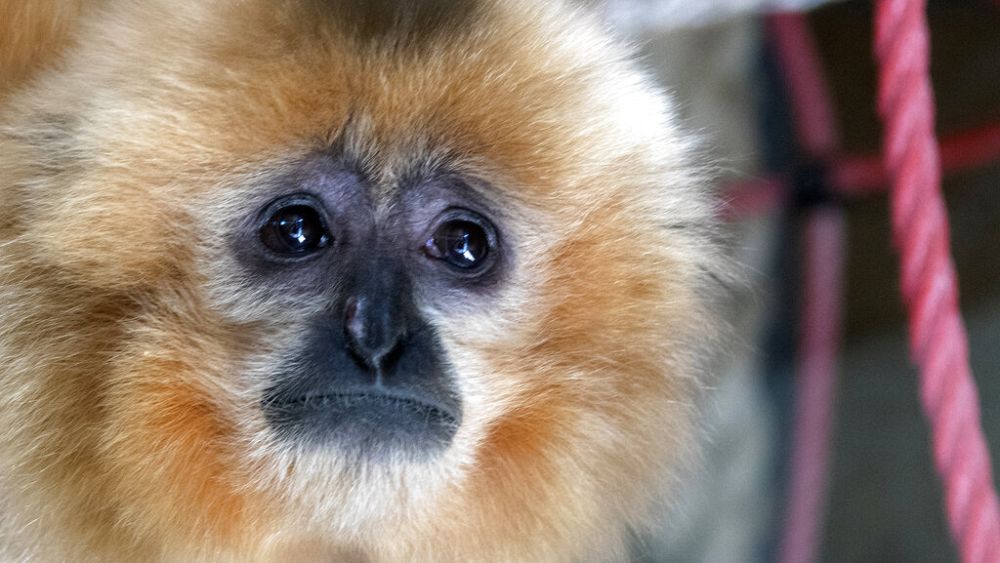 The Sarajevo zoo on Monday welcomed its first pair of golden-cheeked gibbons, joining the family of European menageries that are trying to save the endangered small apes from extinction.

After arriving in Sarajevo from Slovenia, the pair — a male and a female — were placed under quarantine and are expected to make their public debut in mid-March.

“We’ve been preparing for their arrival for nearly a year, having started the construction of their habitat last March,” said Aldijana Hamza, the Sarajevo zoo’s spokeswoman.

Their enclosure has been built on an island in the center of a small artificial lake and once they are allowed outside only water will separate them from visitors, Hamza explained.

The gibbons’ arrival was a turning point for the Sarajevo zoo, established more than 65 years ago.

“It can be considered a major success for this small zoo to have become a part of the major global and European initiative to preserve these endangered animals,” said Vedad Skapur, a lecturer at the Veterinary Faculty of the Sarajevo University.

The smallest of the apes, gibbons used to be widespread across much of Asia, but their numbers have been greatly reduced due to deforestation, hunting and illegal trade, landing them on the list of endangered animal species.