Saturday’s goals.. The Netherlands and Croatia win and France draw in the World Cup qualifiers 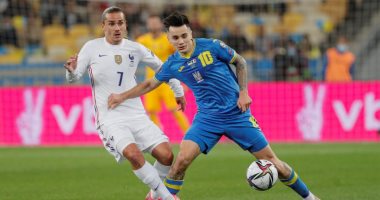 Yesterday, Saturday, a number of matches were held in various stadiums of the world, most notably the European qualifiers for the 2022 World Cup, which were marked by scoring a group of distinguished goals, the most prominent of which was the victory of the Netherlands team over Montenegro 4-0, and the Ukraine and France tied 1-1.

Russia won a valuable victory over its host Cyprus, with two goals, in the match that brought the two teams together, at the “New GSB” stadium, as part of the fifth round of Group H matches for the European qualifiers for the 2022 World Cup..

The goals for Russia were scored by Alexander Erokhin in the sixth minute, and Rimat Zemaldinov in the 55th minute..

The win raised Russia’s tally to 10 points to temporarily lead the group, while Cyprus is in sixth place with 4 points.

In the Group G matches, Norway won a valuable victory over its host Latvia with two goals without a return, scored by young star Erling Halland, Borussia Dortmund striker in the 20th minute from a penalty kick, and Mohamed Al-Younis of Southampton in the 66th minute..

Halland raised his score to 9 international goals, since his first participation with the Norway national team on this day last year.

With this result, Norway’s tally rises to 10 points at the top of the group, while Latvia is in fifth place with 4 points..

France continued its poor results in the qualifiers for the 2022 World Cup in Qatar, after its positive draw with its host Ukraine, 1-1, in the match that brought the two teams together, on Saturday evening, at the Olympic Stadium, in the fifth round of Group D in playoffs.

The Ukrainian team excelled with a goal in the first half, scored by Mykola Shabarenko in the 44th minute of the match, with a powerful shot to the left of Hugo Lloris, the French national team goalkeeper.

The Dutch team defeated Montenegro by 4 clean goals, during the meeting that brought the two teams together on Saturday evening at the “Philips” stadium in Eindhoven, in the fifth round of Group G in the group stage of the European qualifiers for the 2022 World Cup in Qatar.

In the second half, Depay added the second goal for him and his country in the 62nd minute, then Wijnaldum scored the third goal in the 70th minute, before Jodi Jakbo ended the quartet in the 76th minute.

Croatia snatched a fatal victory from its Slovak host, with a goal for free, in the confrontation that took place between them on Saturday evening, at the “Antona Malatinskiw” stadium, in the fifth round of Group H of the European qualifiers for the 2022 World Cup..

Inter Milan midfielder Marcelo Brozovic scored the winning goal for Croatia in the 86th minute of the match with a powerful shot from the edge of the penalty area.

With this result, the Croatian team raises its score to 10 points to share the top spot in Group H, equal with Russia, with the same balance of points, while Slovakia is in fourth place with 6 points.

The Portuguese national team defeated Qatar, 3-1, in the confrontation that took place between them on Saturday evening, as part of the fifth round of the European qualifiers for the 2022 World Cup.

Andre Silva opened the scoring for Portugal in the 23rd minute of the match, and two minutes later Otavio da Silva added the second goal, while Bruno Fernandes finished the hat-trick in the 87th minute of the match through a penalty kick..