Saudi Arabia hosts the final round matches in the Asian Champions 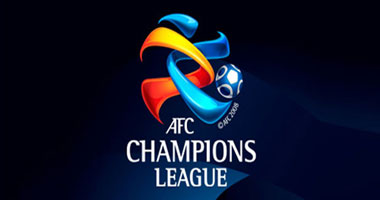 The Asian Football Confederation announced today, Thursday, that the Kingdom of Saudi Arabia will host the final round matches of the AFC Champions League.

The AFC confirmed that the matches of the eighth, semi-final and final of the continental competition, the 2021 AFC Champions League, will be in Saudi Arabia with a public presence.

On the other hand, Saudi Arabia plans to host the Club World Cup matches for the current season, after Japan’s apology approached due to the outbreak of the Corona virus, which prevents hosting the competition in a distinctive way in the coming period..

On the sidelines of a press conference, the Saudi Football Association indicated that Saudi Arabia had submitted a request to coordinate with the International Football Association, FIFA, in order to host the matches of the next edition of the Club World Cup, which will witness the participation of Al-Ahly club after its coronation in the African Champions League..

And the Saudi Football Association indicated that FIFA informed Saudi Arabia that there are alternatives on the table recently in many countries to host this event, in the event that Japan officially apologizes..

And Japanese press reports revealed the intention of the Japanese Football Association to apologize for hosting the Club World Cup during the coming period, due to the Corona virus..

The Asian Football Confederation announced that Saudi Arabia will host the 2021 AFC Champions League final and the playoffs for the Western Region.

The AFC said in a statement on its official website: “The quarter-finals and semi-finals of the 2021 AFC Champions League will be held for the Western Region. In addition to the final of the tournament in Saudi Arabia, pending the confirmation of the Executive Office of the Federation on the decision of the Competitions Committee. Which was issued on August 18, 2018 regarding hosting the play-off matches in the pool system.