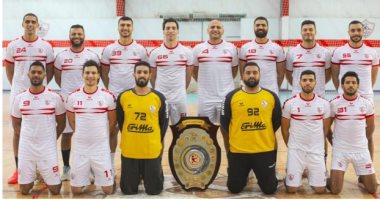 The Saudi Ministry of Sports announced that the Kingdom will host the World Club Handball Championship “Super Globe 2021” for the second time in a row in Jeddah from 5 to 9 October 2021, in cooperation with the Saudi Handball Federation.

The Ministry published in an official statement a while ago, saying: The Saudi Ministry of Sports, today, Friday, September 17, 2021, confirmed that the Kingdom will host the World Club Handball Championship “Super Globe 2021” for the second time in a row in Jeddah, during the period from 5 to 9 October 2021, In coordination with Saudi Arabia, the Handball Federation, as the tournament is part of the “Quality of Life” program.

The statement continued: Ten clubs representing seven continents from the world will participate in the tournament, which will be hosted by King Abdullah Sports City, led by representatives of the Kingdom as a host country, Al-Noor and Al-Wahda Clubs, in addition to Al-Duhail from Qatar representing Asia, Danish Aalborg – Europe, and the University of Sydney from Australia-Oceania, Calhet San Francisco (North America and the Caribbean), Brazilian Pineros (South and Central America), Zamalek of Egypt (Africa), Barcelona of Spain (Champion of the previous edition), in addition to the German team Magdeburg, who will participate at the invitation of the International Federation of Football Associations. Hand.

Prince Abdulaziz bin Turki Al-Faisal, Minister of Sports and President of the Saudi Olympic Committee, said in a press statement: We are pleased once again to host the largest club handball championship, with the participation of the continent’s champions for the second time in a row, and it is an extension of the championships and events hosted by our country with the direct support of our wise leadership. And the keenness and follow-up of the Crown Prince, towards achieving the goals of the Kingdom’s Vision 2030.

He added: We wish all the success to our representatives, Al-Nour and Al-Wahda team, in this tournament, and welcome to all the participating teams in their second country, the Kingdom of Saudi Arabia.

It is noteworthy that the first handball team, Zamalek, will participate in the tournament after winning a valuable victory over Al-Ahly, 28-27, in the match that brought the two teams together at Dr. To be a representative of the African continent in the Super Globe Club World Championship in Saudi Arabia, and he will face Barcelona on the sixth of next October.