Scientific studies: egg yolk is the first food for infants from 6 months 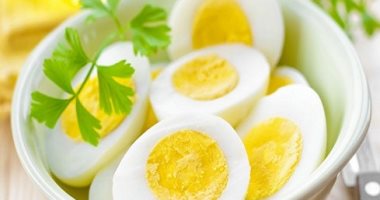 The Poultry Industry Development Association confirmed that mothers can offer egg yolk to their children starting from the age of 6 months as one of the first foods with high nutritional value..

Egg yolk is characterized by containing 250 mg of choline, which helps to promote normal cell activity, and also ensures the health of liver functions and the distribution of nutrients in all body systems, in addition to its role in activating and strengthening the memory of the child..

Current recommendations indicate that the yolk should be served in a boiled form with the addition of a little breast milk or distilled water to increase the palatability of the child.

Researchers may have been used to thinking that feeding eggs too early could cause allergies, but a 2010 study of nearly 2,600 children revealed that the opposite is true, because egg yolks do not contain the proteins linked to allergies. 4 to 6 months of age, are more resistant than babies who ate eggs after their first year, as the best way to start eating eggs is only the yolk.

As the baby starts eating more foods, the mother can also mash the egg yolk with bananas, sweet potatoes, and other mashed fruits and vegetables..

It is always preferable when introducing any new foods to a child that they be added slowly one by one and in specific quantities according to the recommendations of the pediatrician..

Bitcoin Retests Crucial Resistance!! When Cardano, Solana, And Other Altcoins Will Breakout? 2021

Kate Middleton in a simple look while traveling with her family.. Find out the price of the dress