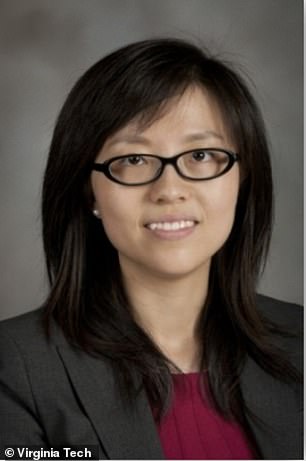 Jie Li, 38, was spared prison time by a court in her native China on Tuesday. She was given a suspended sentence for flying to China from the United States while showing symptoms of COVID-19 last March

A Massachusetts scientist has been spared jail time by a Beijing court after she flew from the United States to her native China last March while infected with COVID-19 and not telling the airline – while covering up her symptoms with medication.

Jie Li, a 38-year-old statistician who worked at the Boston-area biotechnology firm Biogen, was given a suspended one-year prison sentence by a court in Beijing’s Shunyi District, CNN has reported.

At the start of the coronavirus pandemic last March, Jie Li, a mother-of-one who was living with her husband in Belmont, Massachusetts, reported feeling ill with fever, fatigue, and other signs of COVID-19.

According to Chinese authorities, Jie Li claimed she started experiencing chills on March 1 and visited a doctor in Massachusetts two days later.

She was given Roche’s Tamiflu, an influenza medication, and then sent home, according to Fierce Pharma.

In the days and weeks that followed, Jie Lie continued to feel sick. She underwent two chest scans – one on March 5 and the other on March 10.

Both showed no abnormalities, but another scan performed on March 11 returned with signs of lung infection.

Jie Li tested for the virus on March 11, but decided to return to China with her family before the test result returned. 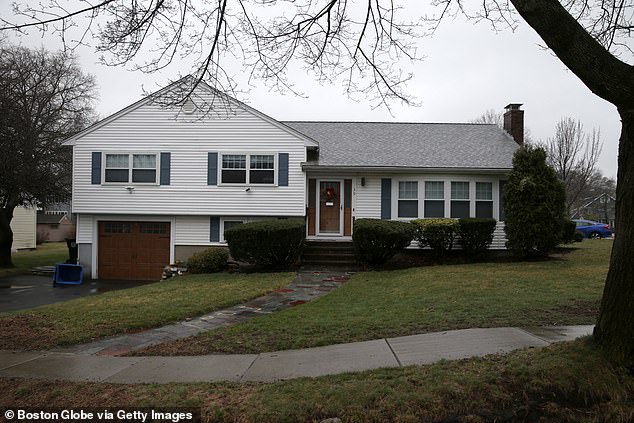 Jie Li abruptly left the country with her husband, Yili Hong, and their young son on March 12. They had been living in Belmont, Massachusetts, a suburb west of Boston, where they owned a home (above)

Jie Li and her family flew from Boston to Los Angeles, and then boarded a Air China flight CA988 bound for Beijing on March 12.

‘After boarding, when the flight required passengers to declare fever and other uncomfortable symptoms, Jie Li did not declare and did not truthfully answer the crew’s inquiries about physical condition, contact history, and accompanying personnel.’

Before the aircraft landed, Jie Li, who was asymptomatic at the time she boarded, started to once again show signs of illness.

She then acknowledged to the flight crew that she was experiencing symptoms consistent with COVID-19.

After she and her family landed in Beijing on March 13, she was immediately rushed to a local hospital for treatment, where she was diagnosed with COVID-19, according to the court.

Jie Li, her family, and some 60 other people who were in close contact with them were placed into quarantine.

Chinese law enforcement officials launched an investigation and charged Jie Lie with ‘the crime of obstructing the prevention and control of infectious diseases.’

The suspended sentence is considered light given that she faced a maximum penalty of seven years in prison. 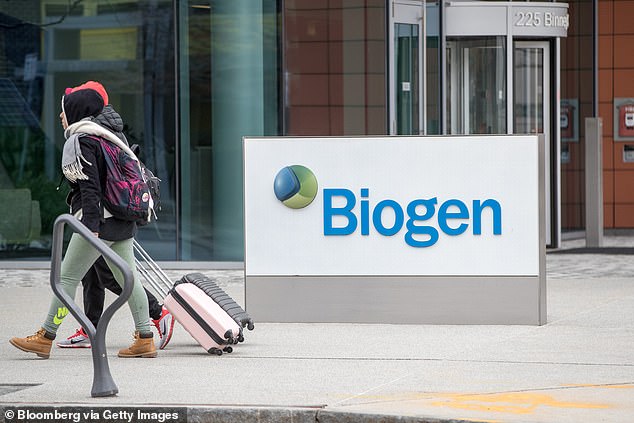 Jie Li was employed by Biogen, the Cambridge, Massachusetts-based multinational biomedical firm that specializes in treatments for neurological diseases. On February 26, Biogen held a leadership conference in Boston that was later determined to be a ‘super spreader’ event. Days afterward, dozens of employees tested positive for COVID-19

Jie Li was 37 years old at the time she was infected. An associate director for biostatistics, she worked on the Alzheimer’s drug team for the Cambridge, Massachusetts-based biotechnology firm Biogen.

Biogen, the multinational firm that is considered one of the pioneers in researching treatments for Alzheimer’s and other neurological diseases, was at the center of a viral outbreak in the early weeks of the pandemic.

On February 26, the company held a leadership conference at the Boston Marriott Long Wharf hotel, where some 175 Biogen executives from around the world gathered for an annual meeting.

Jie Li did not attend the conference, but her boss, with whom she was in frequent contact, was at the event, which was later determined to be a coronavirus ‘super spreader.’

Within days, dozens of those who were at the conference reported feeling sick. At least 97 company executives were later confirmed to have been infected with coronavirus, according to The Boston Globe. 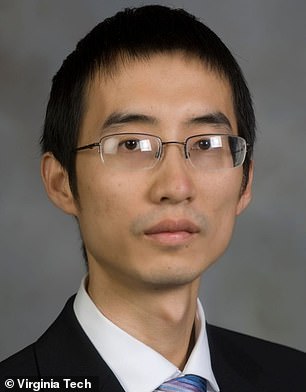 The family home in Belmont is listed under the name of Jie Li’s husband, Yili Hong

Some of the earliest known cases in Tennessee, Indiana, and North Carolina were traced back to the Biogen conference in Boston.

Jie Li is a Chinese citizen from Chongqing, a megacity of some 30 million people.  According to her LinkedIn page, she studied at the University of Science and Technology of China.

She obtained permanent residency in the United States where she pursued an academic career in the field of biostatistics.

In 2009, she earned a PhD in spatial statistics from the University of Iowa. She then went to work for the pharmaceutical giant Eli Lilly for a year-and-a-half followed by a six-month stint at Merck, where she was employed as a biometrician.

In the summer of 2011, she joined Virginia Tech University’s Department of Statistics. That fall, she taught at the school’s public health program.

In 2015, she joined Biogen, where she worked for three years before leaving – only to return to the company in February 2019.

Jie Li’s family purchased their home in Belmont, Massachusetts, a suburb west of Boston, in 2015.

After Jie Li abruptly left the country, Biogen announced that she was no longer employed at the firm.