Experts from Moscow State University are examining ancient techniques for putting the human body into a ‘semi-lethargic state – suspended animation’, before returning to normal weeks later.

They are also examining the electrical activity in the monks’ brain during deep meditation.

In addition, the team is studying the phenomenon known as ‘tukdam’ – or ‘posthumous meditation’ – when monks are declared clinically dead but remain sitting upright with no sign of decay for days or weeks. 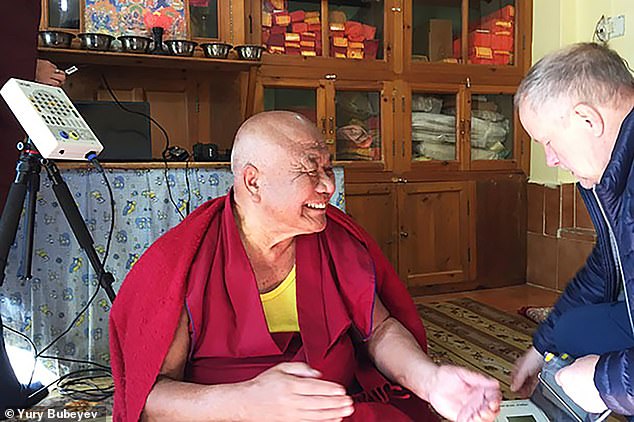 Since 2019, the European Space Agency (ESA) has been looking into human hibernation for space travel.

Hibernation would take place in small individual pods that would double as cabins while the crew are awake.

A drug would be administered to induce ‘torpor’ – the term for the hibernating state.

Like hibernating animals, the astronauts would be expected to acquire extra body fat in advance of torpor.

Their soft-shell pods would be darkened and their temperature greatly reduced to cool their occupants during their projected 180-day Earth-Mars cruise.

The hibernating cruise phase would end with a 21 day recuperation period – although based on the experience of animal hibernation, the expectation would be that the crew would not experience bone or muscle wastage.

‘We are looking for possible methods that can help us,’ he said.

‘One of them is the use of practices of altered states of consciousness, in which Buddhist monks have been most successful.’

Research has been conducted with the approval of the Dalai Lama, and is poised to restart after a delay caused by the pandemic.

‘The most interesting practices for us are about altered states of consciousness,’ he said.

‘These states were achieved by many hours of meditation, isolation, monotonous recitation of mantras, in which deep concentration is achieved.

‘This was already closer to the states of consciousness that are of interest to us, thanks to which a person can change the speed of their metabolism.’

The professor – a psychologist – said the Dalai Lama ‘confirmed that such a method exists’.

‘Only a few are familiar with it,’ said Dr Bubeyev.

‘A perfectly healthy person puts himself into a semi-lethargic state – suspended animation – and after a while, maybe a month later, returns back to normal.

‘Such a practice would be very suitable for us.

‘We very much hope to resume our research when the pandemic ends.’

One finding is that ‘for the first time, it was shown that the brain of a meditating person can completely switch off from external stimuli.

‘That is, if usually sound stimuli cause bursts on an EEG (electroencephalogram), here the auditory analyser seems to be completely turned off.’

The Russian team believes that a combination of the ancient methods of Tibetan monks and other technologies may be they key to long distance space travel.

Among the other possibilities are cooling the body with inert gas xenon, hypothermia, and the use of drugs ‘to achieve the maximum effect of hypobiosis for several months and exit from it without side effects’. 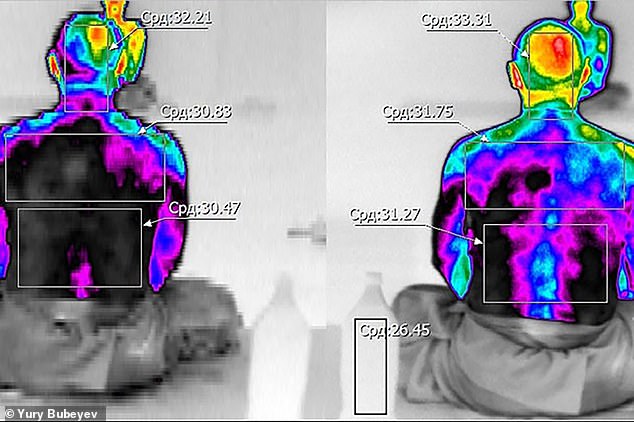 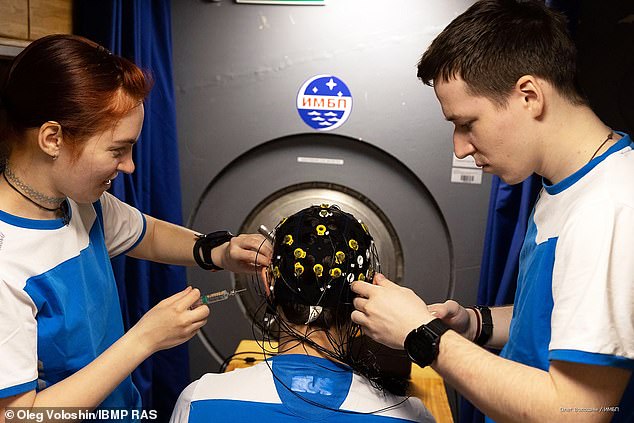 ‘We asked the Dalai Lama to give us the opportunity to study the electrical activity of the brain of the most successful monk practitioners,’ he said.

‘In turn, the Dalai Lama proposed that we study the phenomenon of “posthumous meditation”.’

He told Moskovsky Komsomolets newspaper: ‘We were given more than 100 practicing monks to study meditation.’ 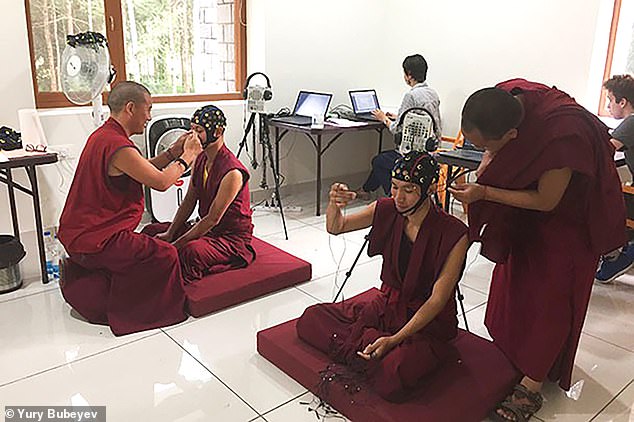 More than 100 Tibetan monks are involved in the study, which has been approved by the Dalai Lama

Dr Bubeyev, 65, of Russia’s Institute of Biomedical Problems which ran the MARS-500 experiment simulating manned flight to Mars, said: ‘Many methods are being studied that could help people to their dream, reaching Mars, with fewest losses for the body.

‘One such method that is now being considered by both us and NASA is hibernation.

‘One option is introducing cosmonauts into a state of “prolonged sleep” during such a flight. 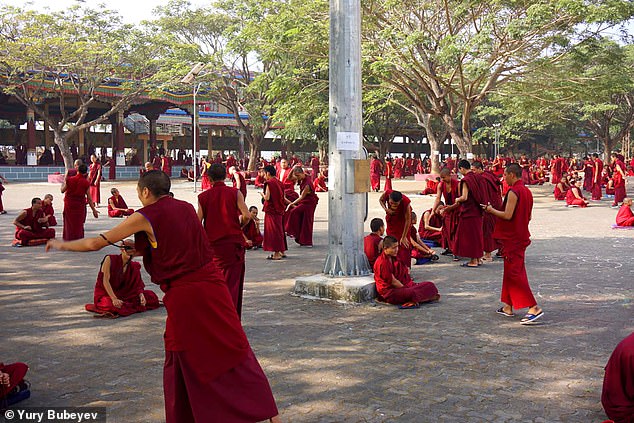 ‘Then the body, due to the inhibition of metabolism, will use its resources less and possibly because of that it will have increased resistance to radiation.’

This will also decrease the chances of friction on the spaceship on long flights in cramped surroundings.

‘Cosmonauts will get tired of each other less, there will be no interpersonal conflicts,’ said the professor.

‘There are medical methods of introducing a person into prolonged sleep with inhibition of the metabolism.

‘But they are used in exceptional cases when the risk of death from serious injury outweighs all other threats. ‘Their action is limited to a few hours.

‘After that, irreversible changes in the brain may occur.’

A team of Russians including experts from the Bekhtereva Institute of the Brain and the Institute for Advanced Research of the Brain of Moscow State University have been working with the Tibetan monks since 2017, he said.

WHAT IS TIBETAN BUDDHISM? 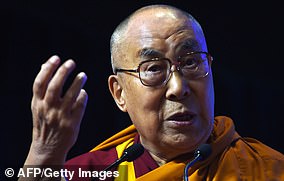 The best known face of Tibetan Buddhism is the Dalai Lama, who has lived in exile in India since he fled Chinese occupation of his country in 1959

Tibetan Buddhism is a religion in exile, forced from its homeland when Tibet was conquered by the Chinese. At one time it was thought that 1 in 6 Tibetan men were Buddhist monks.

The best known face of Tibetan Buddhism is the Dalai Lama, who has lived in exile in India since he fled Chinese occupation of his country in 1959.

Tibetan Buddhism combines the essential teachings of Mahayana Buddhism with Tantric and Shamanic, and material from an ancient Tibetan religion called Bon.