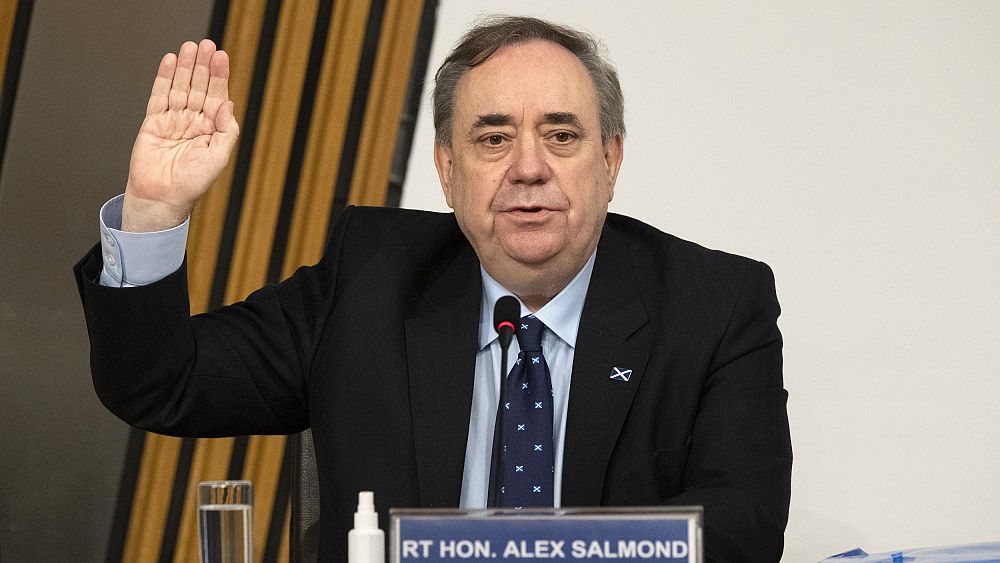 Former Scottish National Party leader and first minister Alex Salmond announced on Friday a new pro-independence party had been created and would stand in the country”s parliament election.

The Alba Party expects to have at least four candidates across every region of Scotland.

It comes at the end of a turbulent week for Scottish politics as a parliamentary investigation concluded in a split decision Tuesday that First Minister Nicola Sturgeon misled lawmakers about sexual harassment allegations against her predecessor, Salmond.

The former leader said he would seek new legal action over the conduct of the Scottish government’s top civil servant, Leslie Evan.

The cross-party committee examining the affair unanimously agreed that an “individual failing” by the permanent secretary played an instrumental part in the fiasco.

Sturgeon, who hopes to use the May 6 election as a springboard to a referendum on Scottish independence, hailed the report clearing her and condemned the one that found fault.

She accused political opponents of trying to “bully me out of office.”

Xinjiang cotton: How do I know if it’s in my jeans?