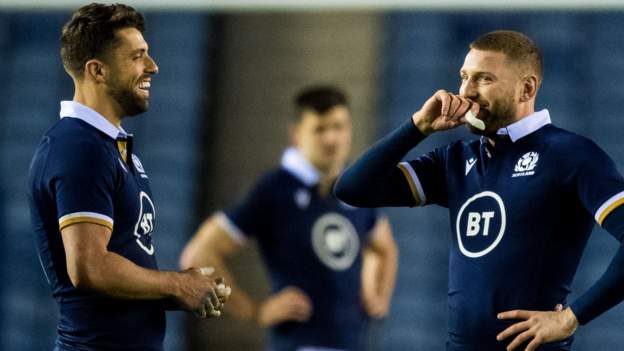 Scotland will be without their two leading fly-halves Finn Russell and Adam Hastings for the Autumn Nations Cup matches.

And Glasgow Warriors’ Hastings, 24, could miss all of next year’s Six Nations campaign.

A limping Russell, 28, was replaced by Hastings in Saturday’s Six Nations win over Wales and Hastings later retired with a shoulder injury.

The Scots face Italy, France and Fiji this month.

“Finn we hope will be back in time for the Six Nations, but it’s unlikely Adam will be back before the end of that tournament,” head coach Townsend told BBC Scotland.

“At the very best he’ll come back at the end, but that will depend on how things go.”

Scotland open their Six Nations away to England on 6 February.

Xbox Could Be an App on Your TV Within a Year, Says Phil Spencer

Say cheers to the women who’ve got business all sewn up!