Scotland’s Stephen O’Donnell has revealed how he tried to put Jack Grealish off his game by paying him compliments about his ‘good looks’ and his calves.

Grealish was up against O’Donnell when he came on in the 63rd minute of their Euro 2020 clash on Friday. The right back picked up a yellow card when he chased the midfielder back into his own half before bringing him down with a strong challenge.

The Motherwell defender explained that John McGinn had given him tips on how to unsettle his Aston Villa team-mate but insisted he should say positive things rather than attempting to antagonise him. 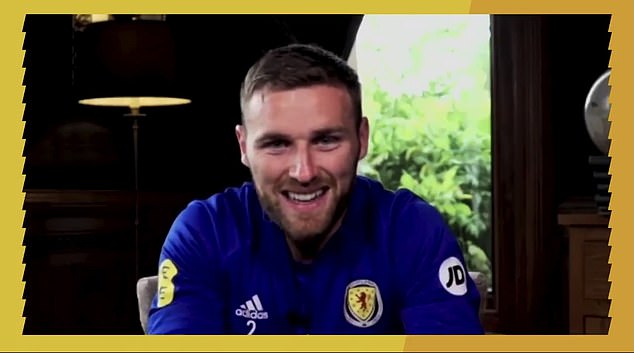 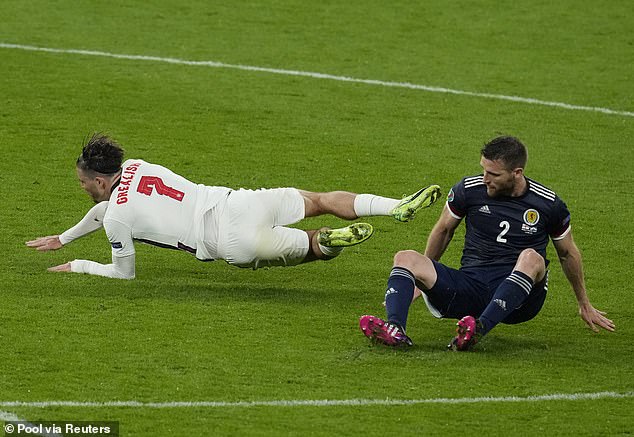 Speaking on an episode of Scotland HQ Live, O’Donnell was asked about the yellow card and what he said afterwards.

‘I was just getting a wee bit fed up at that stage of the game, he’d just come on, he was nice and fresh,’ O’Donnell said.

‘Normally when the fresh wingers come on that’s when you’re a bit tired so I thought “I just need to hit him here”, because I was getting fed up of him trying to take the mick out of me so I gave him a wee hit. 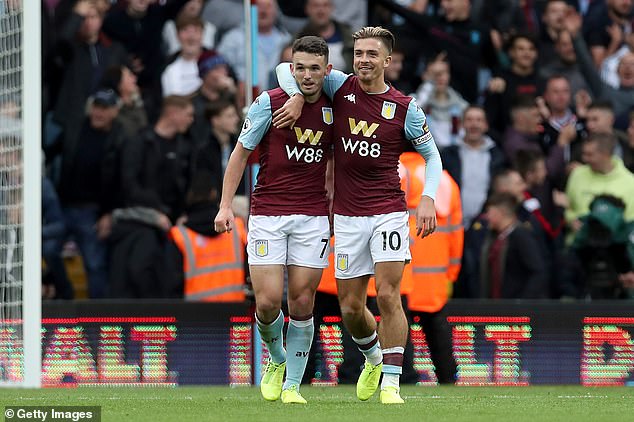 ‘Thankfully John McGinn had given me some tips, he said if he comes on you need to be nibbling in his ear but don’t be critical, be complimentary.

‘So the full time he was on I was telling him how good looking he was and I love his calves and asking him how he got his hair to look like that.

‘He (McGinn) said if you tell him he’s hopeless or kick him really, really hard, he gets up and gives it back at you. Maybe that was the advantage over Jack Grealish the other night.’

O’Donnell was able to keep Grealish quiet after he came off the bench for Phil Foden which helped Scotland earn a valuable point in their bid to qualify for the knockout stages of Euro 2020.

The Tartan Army need to beat Croatia in their final game to stand a chance of progressing to the last 16. 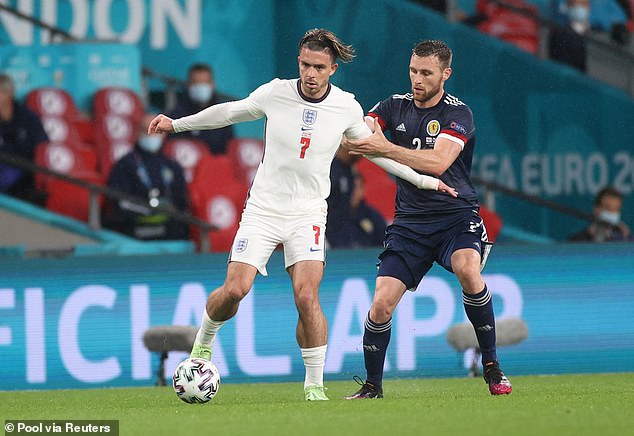