Scott Morrison has declared Covid-19 vaccines will allow the country to remove social distancing restrictions and return to normal, with city-wide lockdowns no longer needed in three months’ time.

The prime minster said the vaccines are extremely effective at reducing severe disease, meaning the number of coronavirus cases will not matter when most people are vaccinated.

When Covid-19 is made less deadly by the jabs, then it can be considered like flu and other viruses which do not require lockdowns and social distancing, he said. 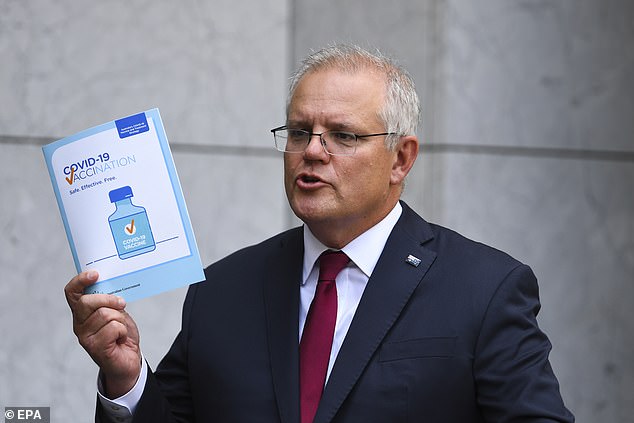 The prime minster said the vaccines are extremely effective at reducing severe disease, meaning the number of coronavirus cases will not matter once everyone is vaccinated

‘That’s not to say that those viruses don’t result in ultimately fatality for vulnerable people either. They do. But we manage that a different way to the way we’re currently managing this pandemic,’ Mr Morrison told reporters after a National Cabinet meeting.

‘So, the point is that the vaccination program, over months, as it’s rolled out, can change the nature of how Australia then manages the virus,’ he explained.

‘It’s less then about cases as it is about presentations at ICU or seeking significant treatment.’

There are currently only nine people in hospital with Covid-19 in Australia, and no-one in intensive care.

Both the Pfizer and AstraZeneca vaccines which Australia plans to roll out in March are 100 per cent effective at reducing severe disease.

The government plans to offer everyone living in Australia an optional jab by October.

The prime minister said the vaccines will mean that lockdowns are not needed when a case is identified. Brisbane and Perth have recently had severe lockdowns over only one case.

‘Right now, a breakout of a case has a particular context. Three months from now, when vaccinations are occurring, where there is a downward pressure on the risk of serious, serious illness, then the risk is different. And so it is about trying to recalibrate,’ Mr Morrison said. 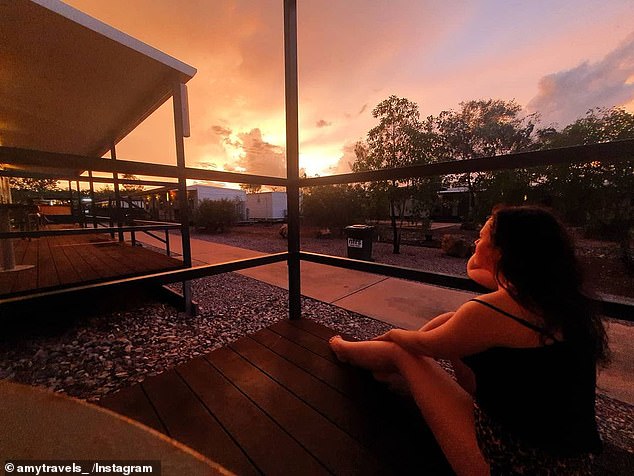 The prime minister said he is considering expanding the Howard Springs quarantine facility in the Northern Territory and set up a new facility in Toowoomba, west of Brisbane as 40,000 Australians are stranded overseas due to arrival caps.

He suggested his preference was to expand Howard Springs, a workers camp in the Northern Territory.

‘There may be a lot more capacity up in Howard Springs and that may prove an effective way to do that.

‘Given that you’re bringing in charter flights and you’re adding to an existing facility in an existing place, you’re not adding new areas of health risk where you’ve been able to demonstrate you can maintain and manage that risk,’ he said.

Pip Edwards and Michael Clarke split after less than a year

The June end of lockdown will be 'in doubt' if the Indian Covid variant sees a...