Scott Morrison has struck a free trade deal between Australia and the UK during a dinner with Boris Johnson – after initial disagreements about agricultural exports and backpacker work requirements.

The pair met at Downing Street on Monday evening, after Mr Morrison told an Australia-UK Chamber of Commerce audience that the process of the UK leaving the European Union could bring benefits.

The agreement, which could boost the Australian economy by up to $1.3billion each year, will be formally announced on Tuesday and gives beef and lamb exporters the chance to move away from the volatile Chinese market. 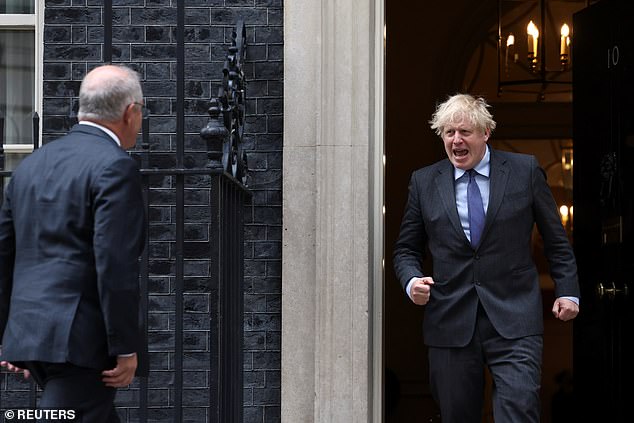 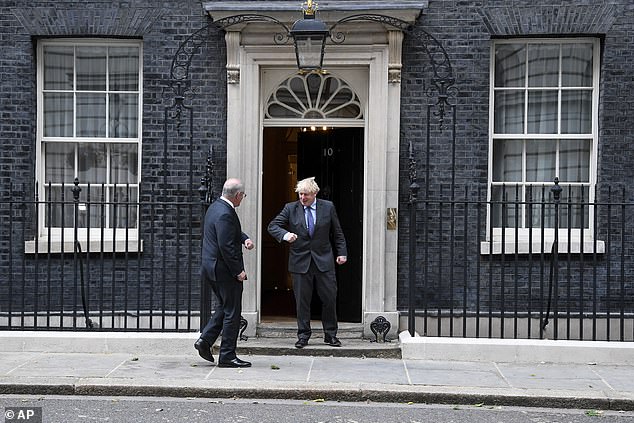 ‘Their agreement is a win for jobs, businesses, free trade and highlights what two liberal democracies can achieve while working together,’ a spokesman for the prime minister said.

‘Both PMs will make a formal announcement on Tuesday morning in London and release further information.’

The deal will pave the way for more Australians to live and work in Britain and offer exporters more market options and will likely be implemented from mid-2022, after they are passed by parliaments in both nations.

Ahead of the formal announcement, the prime minister practised his free trade pitch before an audience of business leaders in London. 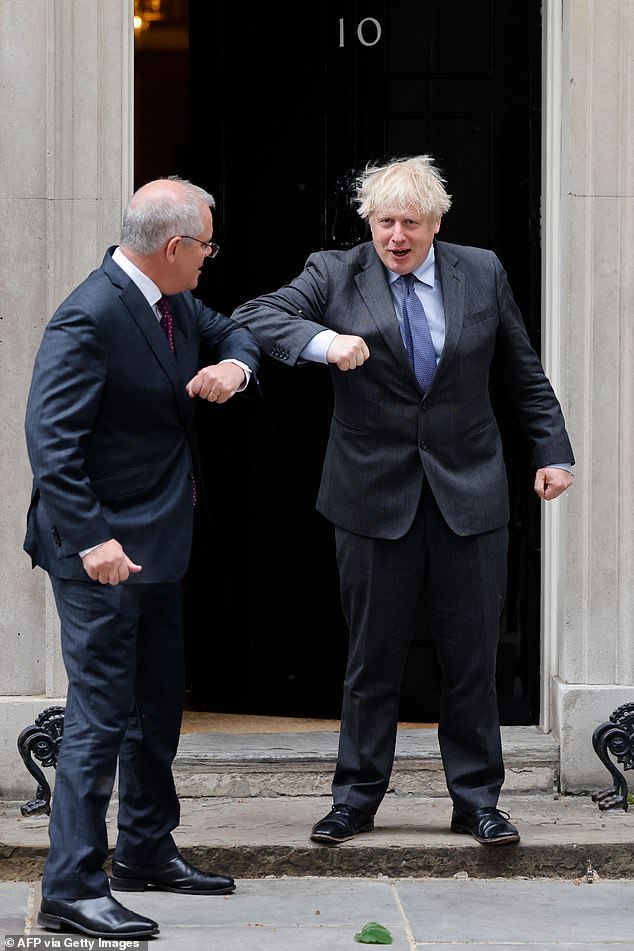 He described the effect of the UK joining the European common market in the 1970s as a devastating blow to Australian producers.

Several key sticking points needed to be overcome before the agreement could be reached.

British dairy farmers were also sceptical about the deal. 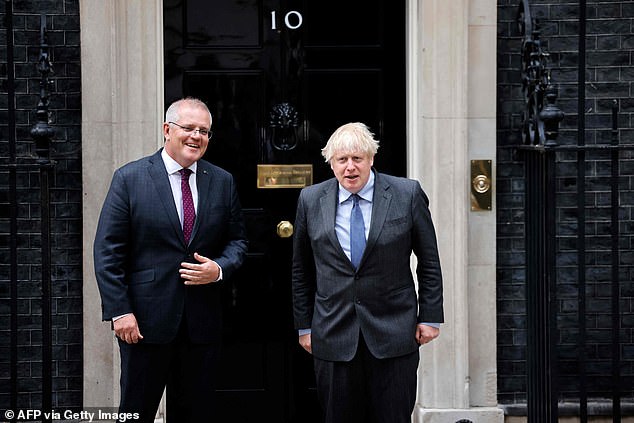 Following the odd interaction, the pair posed together for photographers on Monday evening

‘At the end of the day there will always be hesitancy when any country enters into a trade arrangement with any other country – that is quite normal,’ Mr Morrison said. 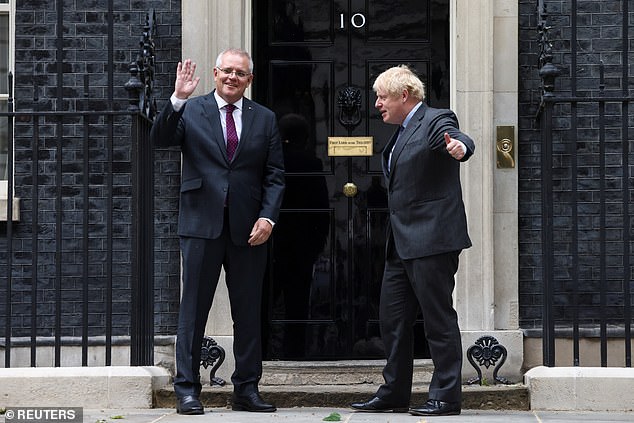 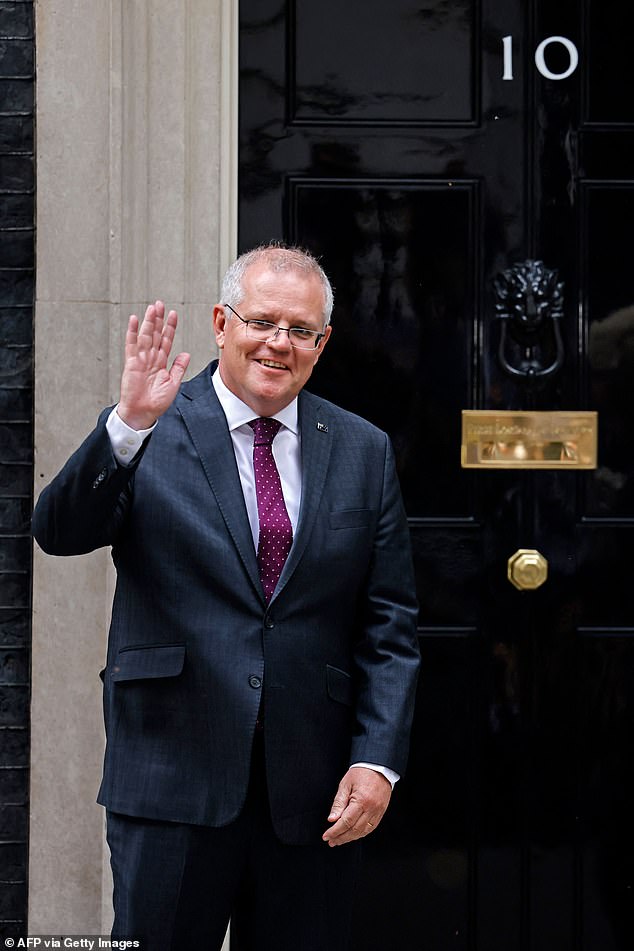 Deputy Opposition Leader Richard Marles said Labor had concerns about agricultural exports and visa conditions for farm workers, which the party would work through in time.

He urged Mr Morrison to crack on with the deal, having spoken about it since 2016.

‘The government has been talking about this. What we actually want to see is for them to get this deal done. When they do we’ll obviously have a good look at the detail.’

A split in the UK Cabinet also appeared between International Trade Secretary Liz Truss and Environment Secretary George Eustice, who has concerns about the impact on farmers.

His comments came following reports the UK had offered Australia a deal which would see a 15-year transition to zero-tariffs and zero-quotas.