‘I believe in this team, I really do’: Fulham boss Scott Parker says surprise win over Leicester will ‘bring confidence’… but insists his side must get ‘comfortable’ with being in a relegation battle despite climbing out of the bottom three

Fulham manager Scott Parker says he ‘believes’ in his team after they climbed out of the Premier League relegation zone with an impressive victory over Leicester.

Parker hopes the 2-1 result will ‘bring confidence’ to his side and motivate his players to ‘build’ upon their recent performances.

Parker does, however, recognise the challenges Fulham will face this season and encourages his players to ‘get comfortable’ in the relegation zone. 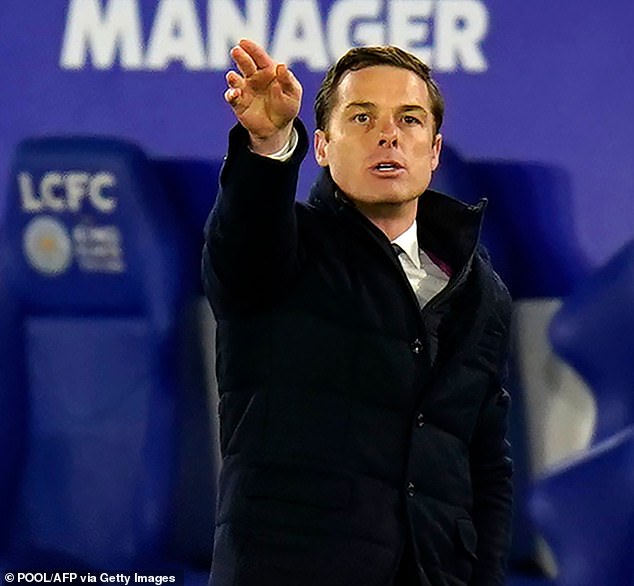 Speaking after the game he said: ‘Tonight coming away from Leicester, where every single person didn’t think we would get the result.. we got one. So of course you can build on that certainly on my position with the team.

‘Results bring belief. They bring confidence. I have set it out to the players, where we are standing this year and the challenges we are going to face. What our journey is going to look like. People make look a that a little bit negative or lack something but that’s just reality.

‘What normally happens in relegation teams is that the defeats cripple you and while there is still possibility to win game and get point on the board you need to keep total belief. And of course that’s easier said than done when you are losing. But for us this season we need to maintain constant belief. 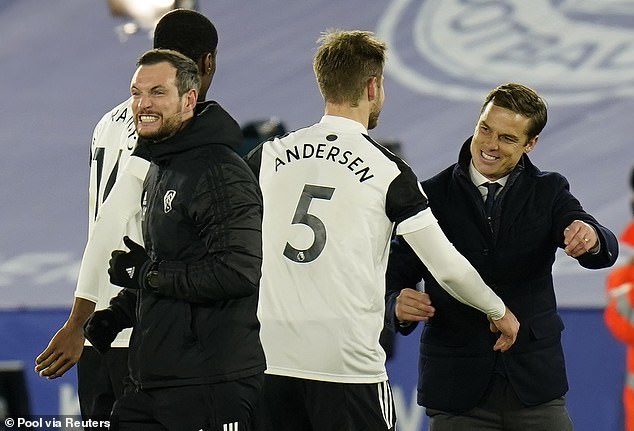 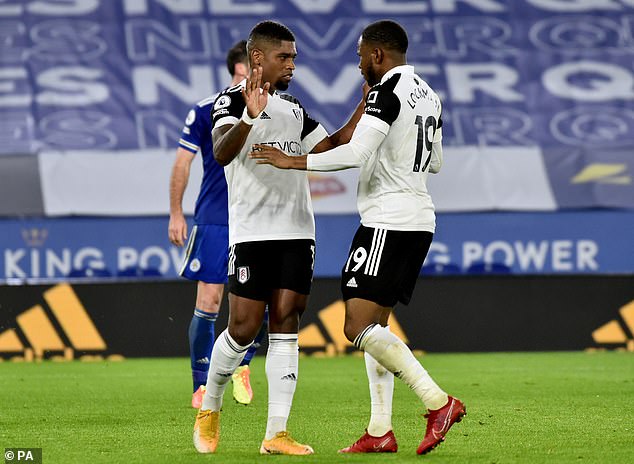 ‘I think results wise certainly. Performance wise over the last few weeks I think we were beaten sometimes too easily and probably comfortably.

‘Over the last few weeks our performances have suggested we are always in games. When you win the game it comes together. It’s a massive 3 points for us. A big performance.

‘I think we all understand what lies ahead for us this season. But a big performance, we done well tonight.’

While Brendan Rodgers, who missed out on the chance to move level on 21 points with Tottenham and Liverpool at the top of the table, said he was disappointed with his team’s first half.

He said after the game: ‘We’re disappointed, mistakes were made in the first half and it was an uphill climb. We had a lot more of the ball but lacked creativity. 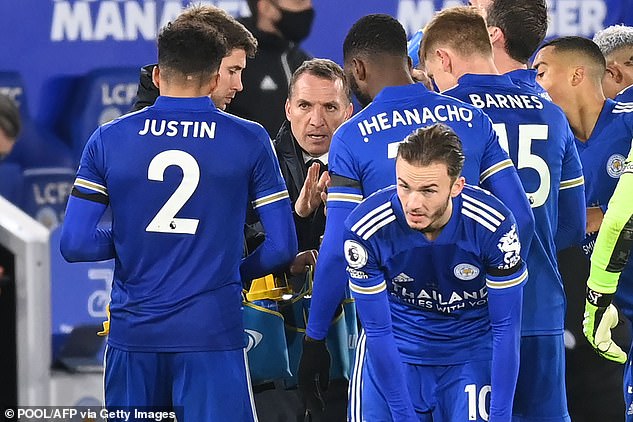 ‘I thought Fulham deserved to win it, they had more energy in the first half and pounced on our mistakes and in the second half they dropped deep.

‘It was more to do with ourselves, we knew they would be compact and tight but in the first half the speed and creativity in our game was not there.

‘You can’t get away from the fact the players up until this point have done fantastically, considering the quality of players we’ve had out.

‘In the last few games we’ve made mistakes and got punished. It’s a young team and sometimes they play young.’

Microsoft develops new system that can tell when employees are bored