Scottish Provident wriggle out of paying £240,000 in life insurance

Scottish Provident won’t pay out £240,000 in life insurance until policy holder proves he has less than 12 months to live

By Larisa Brown for the Daily Mail 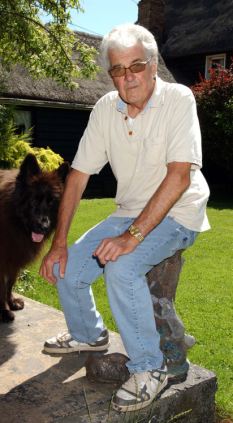 Last summer Michael Onyett was given news every person dreads to hear.

He was diagnosed with motor neurone disease, an incurable illness that causes muscles to slowly waste away.

The father of two could have weeks left to live — or months or even years. One of the horrors of this condition is that doctors can never be sure.

But this uncertainty has allowed insurer Scottish Provident to wriggle out of paying Mr Onyett £240,000 on two life insurance policies with terminal illness benefit.

And despite paying more than £30,000 in premiums, he may never be entitled to this money unless he can get a doctor to say he has less than 12 months to live before May 2015.

If he dies after that date, his family won’t get anything.

His wife Debbie, 60, a former export worker, who has been married to her husband for 40 years, says: ‘I’m watching my husband die and there’s nothing I can do to help him.

‘His muscles will all slowly go, he won’t be able to swallow food — then, ultimately, the disease will hit his heart. We don’t know how long he has: it could be six months or it could be a year.

‘We thought as he had a terminal illness we would be able to claim our insurance money. We were never told otherwise. All the time you are  paying into it and you don’t know it won’t cover you.

‘It’s heartbreaking that I’m watching him die while having to fight with an insurance company.’

Mr and Mrs Onyett took out the Self Assurance term and mortgage policies with Scottish Provident in August 2002 after consulting a friend who was a financial adviser.

They pay £83 a month into one and £177 into the other. Should either of them die or be diagnosed with a terminal illness, they were told the policies would pay out up to £240,000.

Last summer, Mr Onyett went to see the doctor after he had started to slur his speech.

He was diagnosed with motor neurone disease — the same incurable illness scientist Stephen Hawking has.

He was told people with his condition were likely to live for only two years at best.

Since then Mr Onyett’s condition has worsened: his speech is slurred, he finds it difficult to swallow and he frequently chokes.

Despite this, he has been forced to keep working as a carpenter in order to pay off the £320,000 mortgage on the couple’s £500,000 thatched farmhouse in Essex.

Mr and Mrs Onyett believed that the diagnosis would at least allow them to claim on the policies they had loyally paid into. This would allow him to quit work and spend his last days with his beloved wife.

But Scottish Provident has refused the claim by triggering a clause in the policy. This says terminal illness payouts can only be made to someone with less than 12 months to live.

The Onyetts say this was buried in the small print and was not included in any paperwork they were given when they took out the policy.

Scottish Provident insists it was included in two documents — one 25 pages long and the other 24 pages — which the couple should have been given by their financial adviser.

Money Mail asked the broker, Trevor Oakley from PBF Financial of Basildon, Essex, whether he had gone through the documents with the Onyetts.

He says: ‘Do I go through them? No, not really — not aware of going through 28 pages of a life insurance policy. People get given stuff and they have a look at it. If they want it, they take it.

‘I don’t know what the terms and conditions are under terminal illness. I have no idea at all.’

The independent complaints body the Financial Ombudsman Service says any significant clauses in insurance policies should be highlighted by the person selling the policy at the time the cover is taken out.

Penny O’Nions, an independent financial adviser from The Onion Group, says: ‘In my opinion, the broker is duty-bound to point out this extremely important and fundamental element to the clients, and the insurers have a lack of transparency in their literature.’

More than two million people paid into new life insurance policies in 2010. Most of these are sold with a bonus of terminal illness cover.

A spokesman for Scottish Provident says: ‘The policy documents, issued when the policy was taken, state that we will pay a terminal illness claim if it is in the opinion of the medical specialist that life expectancy is less than  12 months.’