Second journalist shot dead in a week in Mexico’s Tijuana


Female journalist becomes third killed in Mexico this month: Reporter who once pleaded to country’s President for help because she ‘feared for her life’ was shot in the head as she sat in the car outside her home

A Mexican reporter has been shot to death in her car in Tijuana, the second journalist killing in the city within the last week and the third in Mexico this month.

Lourdes Maldonado Lopez was attacked and shot to death inside a car, according to a statement from the Baja California state prosecutor’s office.

Authorities had received an emergency call around 7pm and found Ms Maldonado dead on arrival.

Maldonado had worked for several media outlets, including Primer Sistema de Noticias (PSN), which is owned by Jaime Bonilla, who was governor of Baja California from 2019 to the end of 2021. 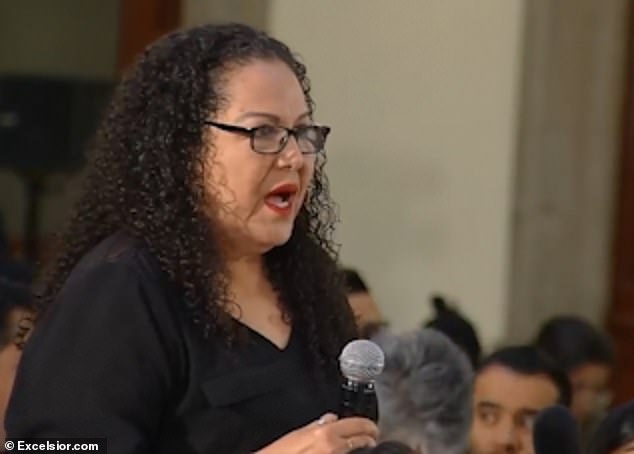 Lourdes Maldonado Lopez was found shot to death inside a car, according to a statement from the Baja California state prosecutor’s office. She is the second journalist to be killed in the city of Tijuana within the last week and the third in Mexico this month

She had only recently won a lawsuit against PSN, which she had been suing for nine years for unfair dismissal, Mexican press reported.

The killing has however prompted the reemergence of footage from 2019 of Ms Maldonado asking Mexican President Andres Manuel Lopez Obrador for “support, help and justice” as she feared for her life.

Bonilla, who was elected governor of Baja California later that year, was a candidate from Mr Lopez Obrador’s Morena party.

The pair had been reported to be close, even attending a Major League Baseball All-Star Game together in San Diego, California in 2016.

Party members and leaders say that in Bonilla’s media connections were seen as a ‘gold mine’ for Mr Obrador in the run-up to his presidential campaign in 2018.

Ms Maldonado had recently announced that she won her dispute with a media company Bonilla owned after nine years of litigation.

Ms Maldonado had collaborated with many outlets, but recently was doing a internet, radio and television show, Brebaje, focused on local news.

Last Monday, photojournalist Margarito Martinez, who was well-known for covering the crime scene in violence-plagued Tijuana, was found dead near his home in the city.

The 49-year-old employee of Cadena Noticias had a gunshot wound to the head, according to prosecutors.

Authorities were also urged to investigate an attack earlier this month that led to the death of journalist and social media activist Jose Luis Gamboa in the eastern state of Veracruz.

Gamboa was taken to the hospital on January 10 after he was stabbed and left lying on the street, but his body was not identified until Friday.

It was unclear if the killing was related to his work.

At least seven journalists were murdered in Mexico in 2021, according to an AFP count, although it has not been determined if all the killings were linked to their work.

More than 100 reporters have been murdered since 2000 in Mexico and only a fraction of the crimes have resulted in convictions.