A woman has claimed she survived an attack from the Claremont Serial killer, who she says confronted her wearing underpants on his head.

Bradley Robert Edwards was sentenced to at least 40 years in prison on Wednesday for abducting and killing childcare worker Jane Rimmer, 23, and solicitor Ciara Glennon, 27, in 1996 and 1997.

The 52-year-old’s sentence drew applause from the public gallery including family members of his victims, with the killer likely to die behind bars.

After Edwards sentencing, footage from an explosive interview with Elizabeth Mead was revealed where she claimed she survived an ambush from the murderer. 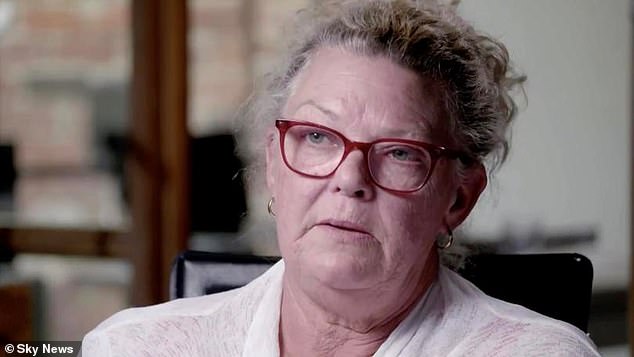 The story has remained hidden as Mrs Mead’s identity was subject to a suppression order by Justice Stephen Hall in the WA Supreme Court which was lifted last week.

Mrs Mead said she fought back when a man wearing a ‘women’s nightie and undies over his head’ in Huntingdale in October 1988.

‘He was pretty strong, but so was I,’ she said, as reported by The West Australian.

After being asked how she managed to escape with her life, Mrs Mead said ‘well I hope it was the knee in the balls.’

Her story correlates with other incidents by the ‘Huntingdale prowler’ who stole underwear from clotheslines and homes near where Edwards was residing.

Mrs Mead has made headlines before, after her daughter Olivia sued her billionaire mining magnate father Michael Wright’s estate in 2015.

The then 19-year-old claimed she had been left ‘without adequate provision’ in her father’s will and was given $25million, which was later cut to $6.1million.

Justice Hall in sentencing described Edwards as a ruthless predator of vulnerable women. 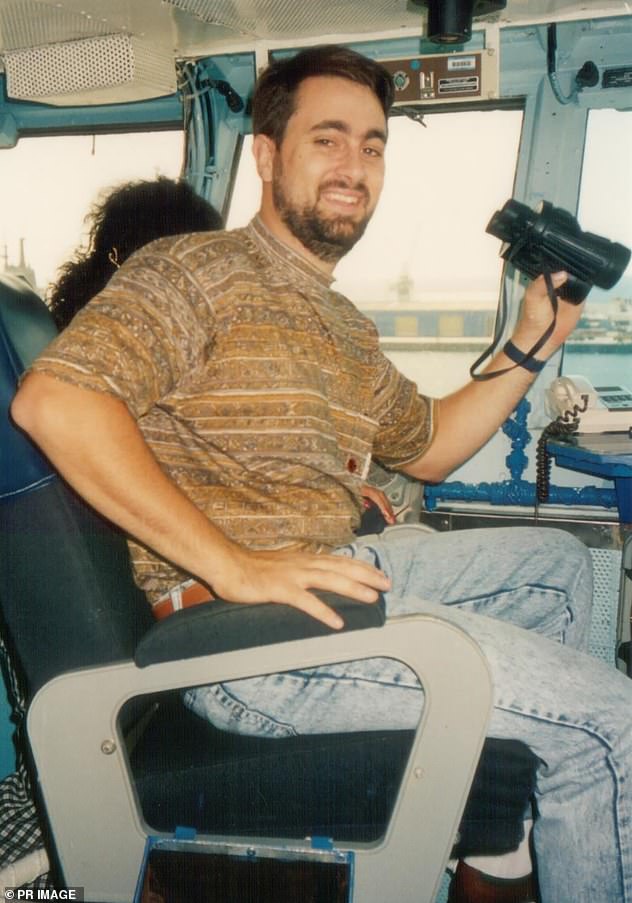 Bradley Robert Edwards (pictured) was just 19 when he donned a woman’s nightie and crept into the bedroom of a sleeping 18-year-old woman. He has pleaded guilty to that attack in 1988 but denied murdering three women who disappeared from Claremont

Edwards, who terrorised Perth’s suburbs for almost a decade, showed no emotion in the Supreme Court of WA after receiving his life sentence.

While he was convicted for the murder of Ms Rimmer and Ms Glennon, Edwards was acquitted of the 1996 murder of 18-year-old secretary Sarah Spiers.

All three women disappeared after a night out with friends in affluent Claremont, with the bodies of Ms Rimmer and Ms Glennon discovered in bushland weeks after they were killed.

Ms Spiers’ body has never been found but Justice Hall said the confessed rapist’s propensity for violent abductions made it likely that he also killed Ms Spiers.

Edwards pleaded guilty on the eve of his trial to sexually assaulting two young women in 1988 and 1995.

On Wednesday, prosecutor Carmel Barbagallo argued Edwards should never be released from prison, saying his ‘perverse’ and sustained offending had undermined the community’s sense of safety. 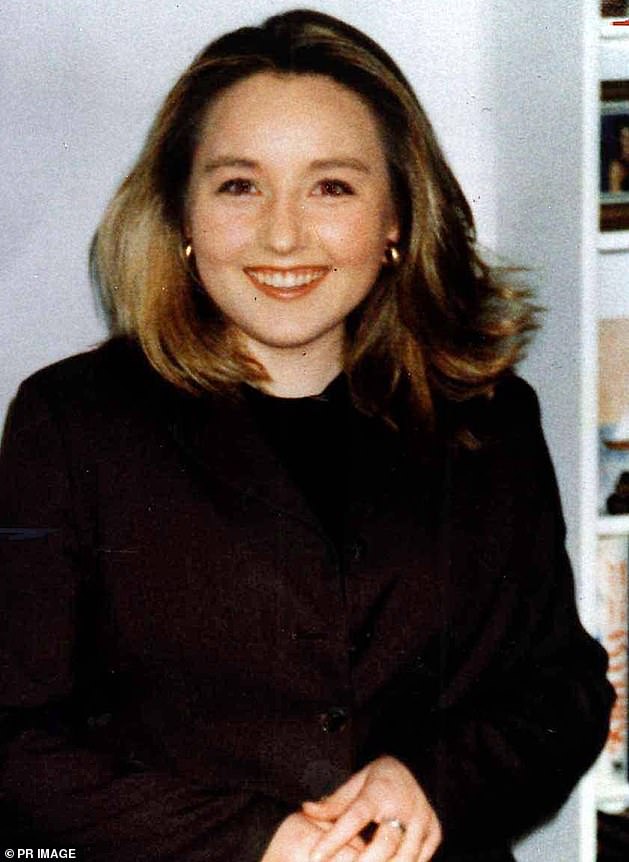 Sarah Spiers, 18, is the most recognisable of the Claremont victims as her body was never found and the search for it was relentlessly covered. A judge ruled it was likely Edwards was likely killer her, but there was not enough evidence to convict him

Justice Hall described Edwards as a dangerous predator who had sought out vulnerable young women and attacked them for his own gratification.

‘Your actions were premeditated and executed with pitiless determination and remorselessness for the pain caused,’ he told Edwards.

But he declined to impose a non-parole order, agreeing with defence lawyer Paul Yovich that a lengthy minimum term was an appropriate sentence.

Edwards would have been just the second West Australian after family murderer Anthony Robert Harvey to be denied the possibility of parole.

However, Edwards’ 40-year minimum term is the longest ever imposed in WA, meaning he will be 88 by the time he is eligible for parole.

The court heard Edwards, who opted not to give evidence during his seven-month trial, had declined to participate in a psychiatric report which might have provided insight into why he carried out his heinous crimes. 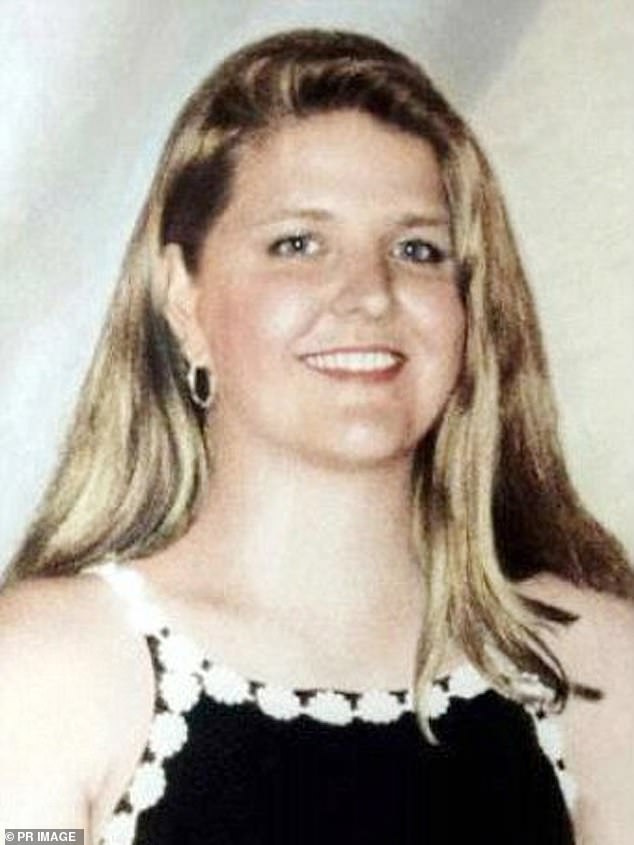 Jane Rimmer, 23, disappeared from Claremont on June 6, 1996 and was the second victim of Bradley Robert Edwards

Edwards committed his first known attack on women in 1988, breaking into the Huntingdale home of an 18-year-old acquaintance and indecently assaulting her as she slept.

It provided the crucial piece of evidence homicide detectives needed to arrest him almost 29 years later.

He’d left behind a semen-stained silk kimono stolen from a washing line and when it was finally tested in November 2016, DNA matched swabs taken from a teenager he abducted from Claremont then raped at nearby Karrakatta Cemetery in 1995.

It also matched cellular material found under Ms Glennon’s fingernails, gathered during a violent struggle shortly before her death.

Fibre evidence established that both murder victims had been in Edwards’ Telstra work vehicle shortly before their deaths.

Both young women had died fighting for their lives, Justice Hall said.

The brave victims of the Karrakatta and Huntingdale attacks each faced Edwards to deliver eloquent victim impact statements.

‘He preyed on weak, vulnerable young women who didn’t stand a chance,’ the Karrakatta victim said. 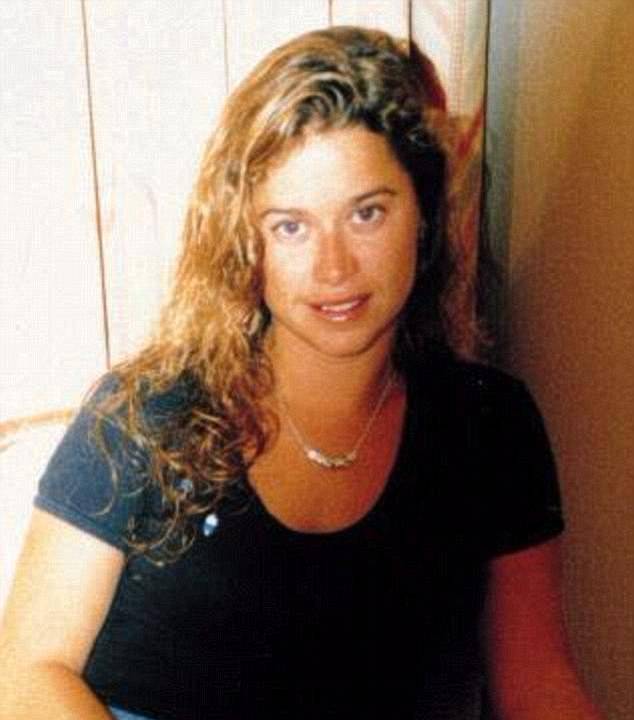 Ciara Glennon, 27, was the last victim of the so-called Claremont serial killer. She disappeared after a night out in Perth on March 15, 1997 and her body was found in bushland 40km away

She refused to let the attack define her.

‘Something can break you but you can still survive it and you can thrive, as I have,’ she said.

The Huntingdale victim said her trauma had only worsened after Edwards’ arrest.

‘Bradley Edwards now features as the villain of my nightmares and I can’t make it stop,’ she said.

The court heard a brief victim impact statement from Jennifer Rimmer, who said she missed her daughter every day and wished she could have become a mother herself.

The family of Ms Glennon opted not to provide a victim impact statement but Ms Barbagallo described their suffering as ‘beyond words’.

Edwards has until February 3 to lodge an appeal against his murder convictions or sentence.

Ms Barbagallo and Mr Yovich each declined to comment outside court.

KEY DATES IN MARATHON CASE OF THE CLAREMONT KILLER

– An 18-year-old woman is indecently assaulted in her sleep during a break-in at a Huntingdale home but her attacker flees after a struggle.

– A 17-year-old girl is abducted while walking through Rowe Park in Claremont and taken to Karrakatta Cemetery where she is sexually assaulted.

– Secretary Sarah Spiers, 18, disappears after leaving Club Bayview in Claremont after calling a taxi from a nearby phone booth. Her body has not been found.

– Childcare worker Jane Rimmer, 23, similarly vanishes in Claremont and is last seen outside the Continental Hotel.

– Ms Rimmer’s body is found by a mother and her children picking flowers in Wellard, south of Perth.

– Ms Glennon’s body is found in bushland at Eglington, north of Perth.

– A newspaper claims police have established a forensic link between Ms Glennon’s murderer and the man who raped a teenager in Karrakatta two years earlier but police refuse to comment for ‘operational reasons’.

– Bradley Robert Edwards, 48, from Kewdale, is charged with eight offences related to the deaths of Ms Glennon and Ms Rimmer and the Karrakatta and Huntington attacks, but no charges are laid over the disappearance of Ms Spiers. Edwards is remanded in custody.

– Edwards is charged with the wilful murder of Ms Spiers.

– Edward pleads guilty to five of eight charges against him, including the Huntingdale attack and raping the 17-year-old girl at Karrakatta, but maintains he didn’t commit the murders.

– A judge-alone trial begins in the Western Australia Supreme Court.

– The trial is adjourned after all evidence has been heard.

– Bradley Robert Edwards is found guilty of the murders of Jane Rimmer and Ciara Glennon, but is cleared of killing Sarah Spiers

Guardian: The new Corona variant was discovered in Hong Kong after the return of two students from Britain