Secrets of my success: The dream team spotted by our superb Secret Scout over the last five years


Scouting can be frustrating but also enjoyable and occasionally incredibly satisfying. Many times you will see a player, particularly a young one, who you feel has the ability to justify a recommendation.

What you don’t know initially is if his attitude, character and mentality are good enough.

All you can go on is the evidence before you, your experience and the views and information of your contacts in the game. But special talent stands out a mile and over the course of almost five years of writing in Sportsmail, I think I have managed to get a few right. 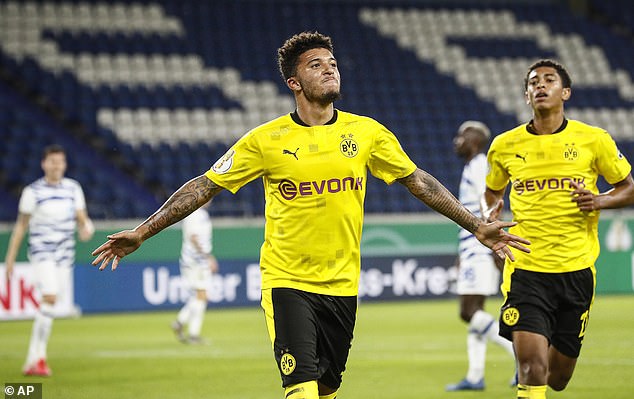 What I wrote: ‘Athletic, confident… a shot stopper with quick reflexes…’

What I think now: Yes, he is always confident and he can be spectacular. But I still think he can get excitable at times during games.

Spotted: At Ipswich aged 18, on loan from Arsenal. Now: Arsenal and England.

I wrote: ‘He reminds me of Ray Parlour, Arsenal’s former midfield grafter…’

Now: I wondered if he had enough subtlety in possession but he has stuck to his guns. He has had some problems but has developed into a fine utility player. The Ray Parlour comparison was in relation to his energy levels. 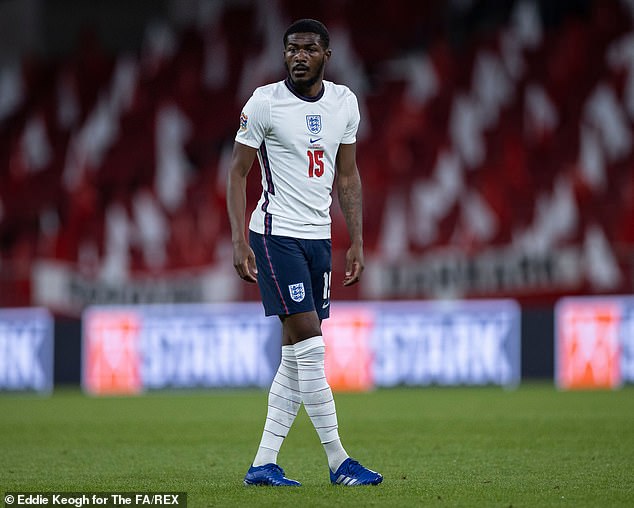 Spotted: Another at Ipswich, this time in September 2016. Now: Brighton.

I wrote: ‘He has ability, vision and skill. Makes a pass rather than lumping it forward. Reminds me of John Stones.’

Now: Had the tendency to make mistakes back then but over the years has proved his quality to reach the Premier League.

Spotted: Playing for Brentford in February 2018. Now: Wales and Bournemouth.

What I wrote: ‘All the necessary physical characteristics. Tall and an easy mover.’

Now: He developed under quality management by Dean Smith and made a rapid rise to impress Eddie Howe. He has had some injury setbacks. There is more improvement to come. 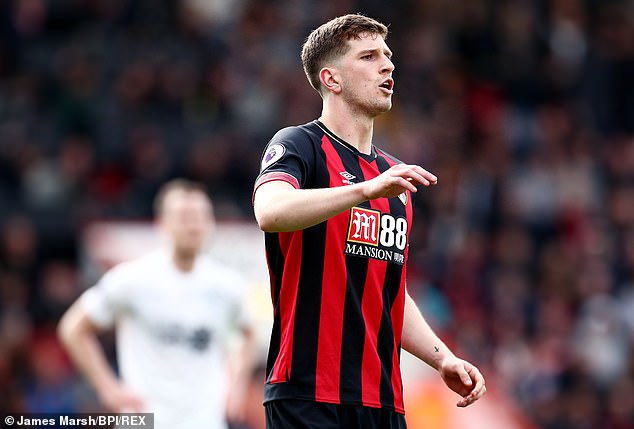 Spotted: For Leicester age-group teams as a teenager in March 2016. Now: Chelsea and England.

I wrote: ‘Nothing would deter me from recommending him. He will make a top-level career.’

Now: Captain of the youth team when I saw him, he was so comfortable going forward — and still is. An obvious future player.

I wrote: ‘He first caught my eye at Coventry and is flourishing as a 20-year-old support player. Confident, with a football brain.’

Now: I never forgot him after first seeing him at Coventry. Plays like he has eyes in the back of his head and you can’t teach vision like that. 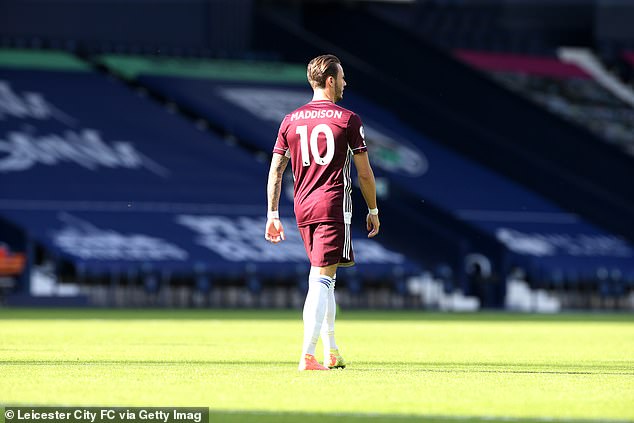 Spotted: On loan aged 18 at Vitesse Arnhem in August 2017. Now: Chelsea and England.

I wrote: ‘He looks a future star. An accurate passer prepared to play the risk ball.’

Now: He has continued that development to become a confident player with outstanding intelligence.

Spotted: Tottenham Under 23s in October 2016. Now: Spurs and England.

I wrote: ‘It’s very difficult to emerge from youth football to the Premier League but I predict Tottenham have one here to follow in the footsteps of Harry Kane.’

Now: Terrific attitude, he has the ability to set up attacks and change the direction of play. 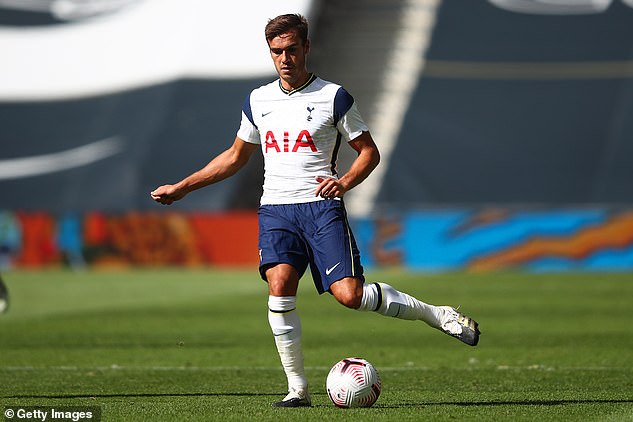 I wrote: ‘His obvious attribute is his speed but he must get his head up more often. He has not continued early form but his combination play is improving.’

Now: He still has that special pace and yes he has learned to get his head up now! Benefited from good coaching and he is still getting better.

Spotted: At Swansea in December 2017. Now: Sheffield United and Scotland.

I wrote: ‘At 21, this strapping leader of the line looks like a throwback to when brave centre forwards showed no fear.’

Now: Has made the step up under good management by Chris Wilder in the Premier League. Shows there is still room for what I may call a traditional forward. 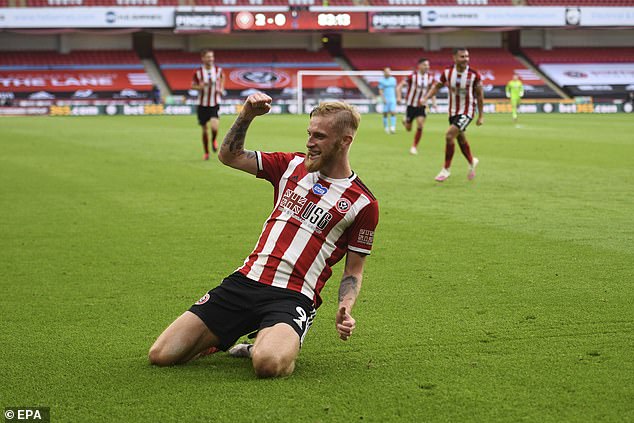 I wrote: ‘City have a fine, elusive youngster running the wide left attacking side in their academy teams. Sancho is only 16 but should have a big future.’

Now: His eye for goal and his electric speed are such a great combination. He was so well developed at City that Gareth Southgate’s England are seeing the benefits of that now.

I wrote: ‘Scouts have been buzzing about him for years. Playing in a losing team has stunted him but he is brave, has footwork and a nice drop of the shoulder.’

Now: He was always a super-confident character. He still shows for the ball and is so happy in possession. 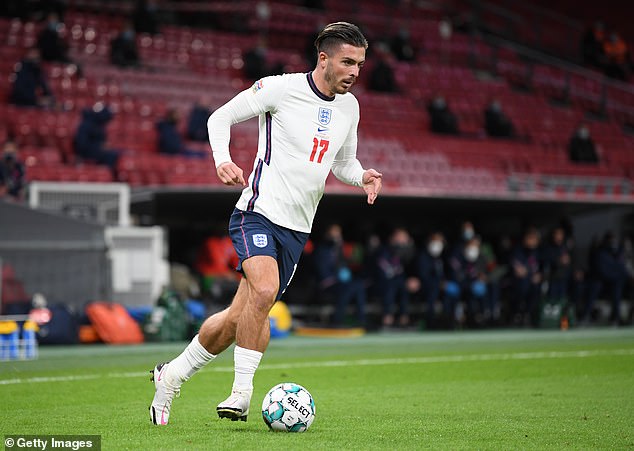 Spotted: In Chelsea’s youth system as a teenager in April 2016. Now: Chelsea and England.

I wrote: ‘A prodigious scorer who needs to be pushed and tested against stronger opposition, maybe on loan.’

Now: Those loans at Bristol City and Aston Villa have helped his development for sure. But he may well find himself at a career crossroads now.

I wrote: ‘Takes the ball well in his stride and can accelerate away, even if he has not yet got the strength to hold his speed over longer distances.’

Now: He has an eye for goal and is three years older and stronger. The step up hasn’t fazed him. A success story.

MLB playoffs: Your guide to the final week of magic numbers, berths and MVP drives

Google will auto-delete location and search histories by default

Going for a Lake District walk with Max the Miracle Dog

Things to do in this ghost town outside Vegas

Covid: UK coronavirus alert level ‘should be raised to level 4’

Efforts to lift economy out of recession pose risk of sparking a financial crisis, economists worry

Things to do in this ghost town outside Vegas