Secrets to JB Hi-Fi’s success: Boss of electronics giant reveals how the company was able to TRIPLE its profits while rivals struggled

JB Hi-Fi’s e-commerce store has been a hit with Australians forced to stay indoors during lockdown, adding to the success of the company’s brick and mortar stores.

Online sales were 2.6 times greater in the first half of 2021 than the year before, but most Aussies still opted to head into stores to buy their goods. 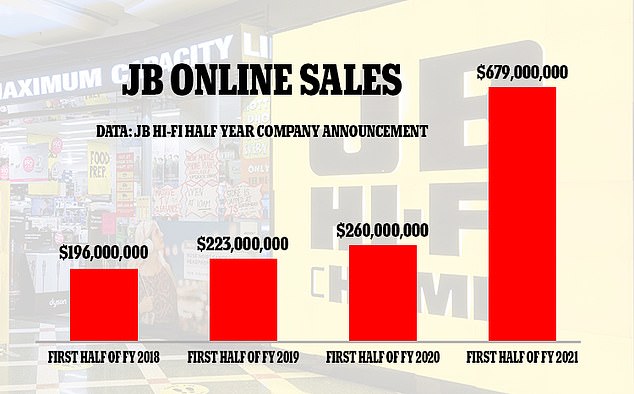 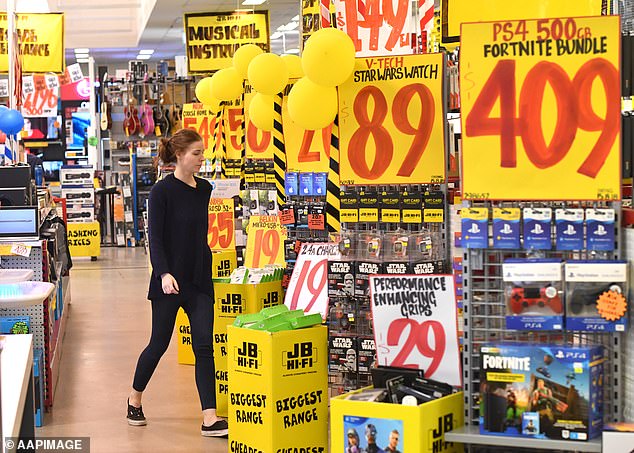 While their e-commerce store has been a hit with Australian’s forced to stay indoors during lockdown, the retailers insist shop fronts will still remain open (stock image)

‘The harsh reality is when customers come in store we sell them more and they buy more,’ he said.

‘We have a store network that we really believe in. Most of those stores turn over about $20 million [annually].’

Unlike markets such as the United States, the United Kingdom, Japan and Germany, Australian customers have been slow to start shopping online.

But Mr Murray said Covid might have helped changed consumer habits as lockdown forced them to browse the web for the goods they wanted.

‘In Victoria, given the prolonged period of the lockdown, more people have decided to shop online and maybe got more comfortable with that than other states,’ he said.

The company struggled to keep up with demand and may have had even bigger returns if they didn’t have issues with stock, Mr Murray admitted.

He said ‘out-of’stocks’ appeared to impact January sales, as hordes of customers upgraded their television sets.

People were desperate to get 75-inch flat screens, but the company was unable to keep up shipments from China fast enough. 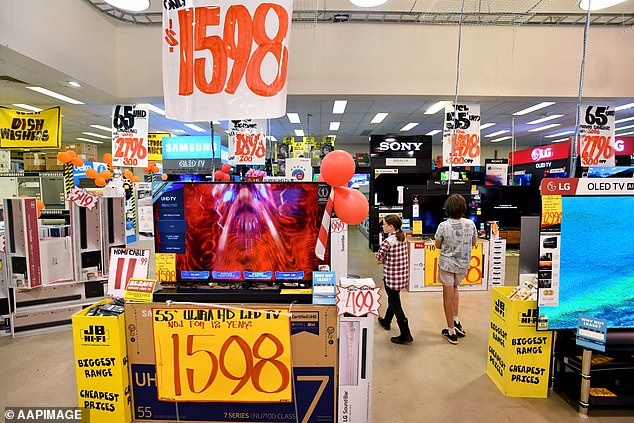 Online sales were 2.6 times greater in the first half of 2021 than the year before, but most Aussies opted to head instore to buy their goods (stock image)