Security forces reinstate barriers in the vicinity of the Congress building 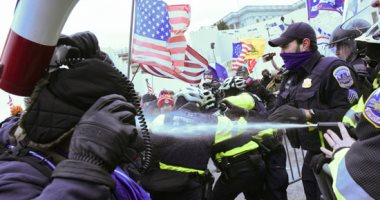 The US security forces have reinstated the roadblocks around the Congress building, according to media sources.

Can rebel Republicans overturn the election?

Egypt: 589 cases and 48 new deaths from the Corona virus

‘Our first day of freedom on American soil’