Shocking footage has captured the moment detainees at an Australian immigration detention centre violently brawled in front of dozens of witnesses.

Video shot from behind a metal fence at Yongah Hill Immigration Detention Centre, north-east of Perth, showed one young man straddling another on the grass and punching him repeatedly.

‘Get off him, get off him c***,’ a voice could be heard telling the detainee wearing a black t-shirt as he punched the other man in bright orange shorts.

A detainee in a white t-shirt was filmed sucker-punching the man being straddled as he lay defenceless on the ground.

Three other detainees could be seen trying to break the fight up without success before two security guards intervened and dragged the pair apart.

The guards were then seen keeping other potential deportees apart as they pushed and shoved each other closer to the fence.

The fight is believed to have been linked to drugs, according to the person who uploaded the footage to social media.

Further footage shared at the detention centre showed immigration raids being carried out in the detainees’ accommodation blocks. 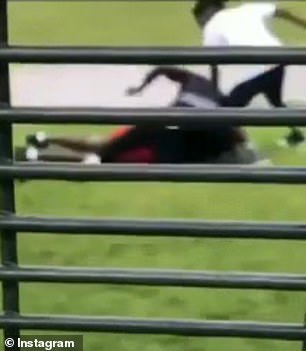 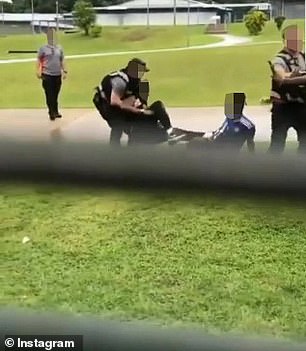 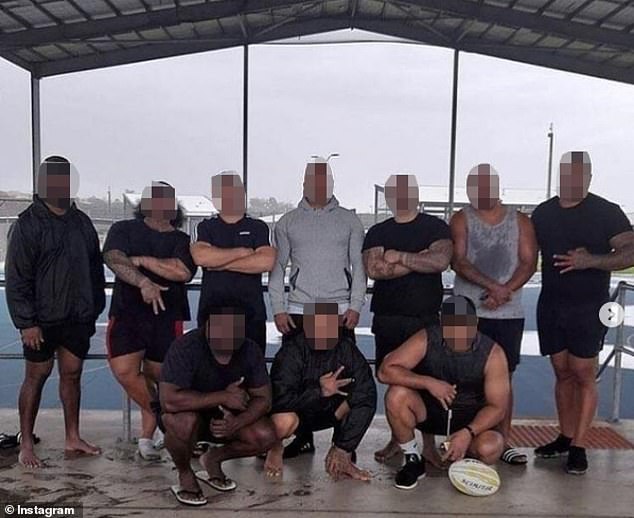 A group photo of several detainees at the Yongah Hill Immigration Detention Centre, which appeared in the videos to be mostly populated by New Zealanders and Pacific Islanders

The fight comes after a detainee smashed up Perth Immigration Detention Centre in Redcliffe in March 2019.

The man broke pool cues to smash a CCTV camera, TV and game console before he was detained by security officers, the Australian Federal Police alleged.

The same year, a 41-year-old detainee at the Yongah Hill Immigration Detention Centre was charged with assaulting a security officer.

The detainee allegedly approached the guard and spoke to him before punching him in the head and dragging him to the floor.

The victim was rushed to hospital and treated for minor injuries.