See the plans for the huge Gold Coast suburb that will house up to 10,000 people


A mega suburb planned for the Gold Coast will house up to 10,000 residents as the city faces a crisis in rentals and new housing.

Skyridge in the suburb of Worongary will cost $1.5 billion to develop over the next 10 years on one of the last major land releases in the Gold Coast suburbs.

The land was once owned by a grumpy WWII hermit renowned for chasing trespassers with an axe.

The development by Western Australia‘s Perron Group in partnership with Gold Coast investor Ross Atkins will see 3,500 houses built in a master-planned suburb that will include a village retail centre, an education precinct, parklands and public art space.

About 75 hectares of the 342-hectare site will be dedicated to open space, parklands and an ‘ecological corridor’ which runs through the middle of the development. 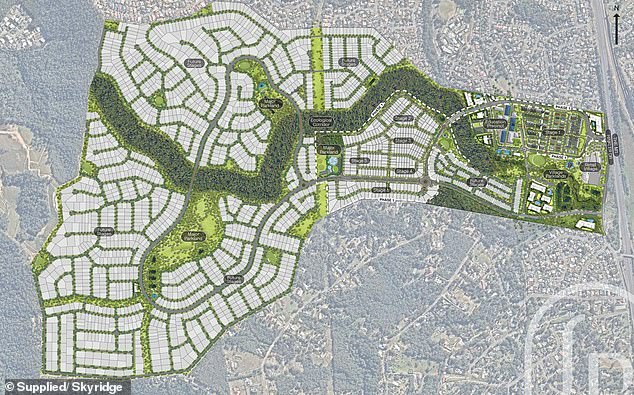 The 342-hectare Skyridge development will house up to 10,000 people once completed 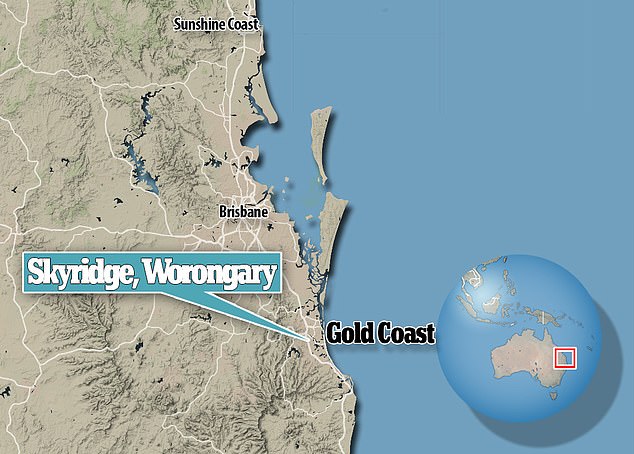 Skyridge will be built 14km from Surfer’s Paradise and 75km south of Brisbane, Queensland

Migration to Queensland from southern states has created a rental crisis on the Gold Coast, with Real Estate Institute of Queensland reporting a record low vacancy rate of less than one per cent in many suburbs.

About 14,000 people moved to Queensland from other Australian states in the second half of 2020.

Matt Schneider from the Property Council of Australia recently told the ABC that the Gold Coast needed 6,500 new homes each year. 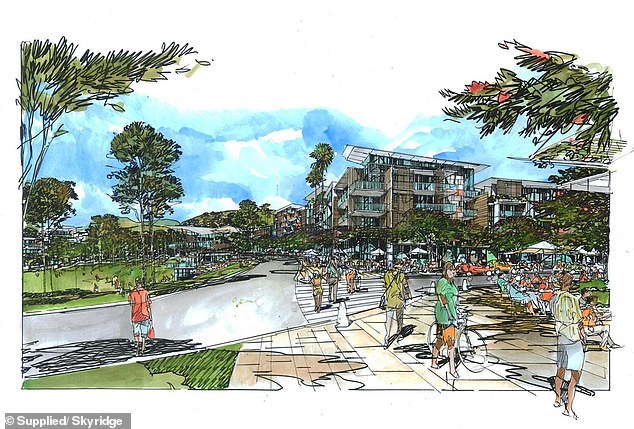 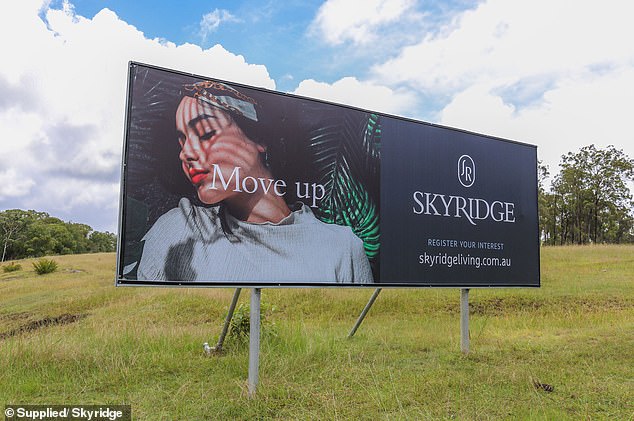 Land preparation works have only just begun, with first land sales in mid-2021

Glenn Tozer, local councillor for the area in which Skyridge will be constructed, told Daily Mail Australia the massive development will help alleviate some of the demand for new housing on the Gold Coast.

‘The quality of life on the Gold Coast is epic, how good is it?’ Mr Tozer said.

‘People from Sydney and Melbourne are coming up here going, what the hell? It’s 10 minutes to Broadbeach and 10 minutes to World Heritage-listed rainforest. 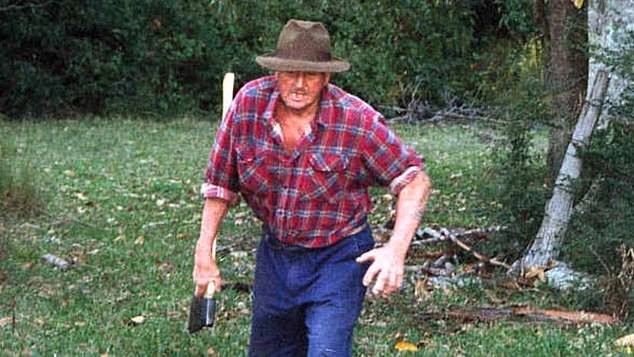 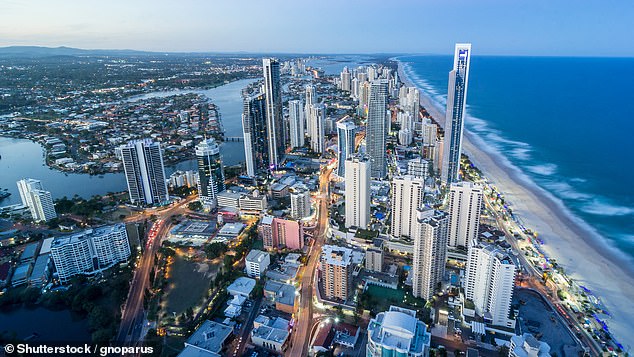 ‘We’re a growing city and that will attract people so we need to make sure we have places to live. I have mixed feelings about population growth but there’s no doubt in my mind [this development] will provide some great places to live.’

The first three approved stages will see about 160 houses built over 33 hectares of the 342-hectare project.

House plot sizes will range from 240 sq m up to 900 sq m, with the average lot size approximately 450sqm. On current market values, the variety of houses in the development will potentially be worth between $300,000 and more than $1 million.

The first land sales will begin in mid-2021. More than 2000 registrations of interest had been received to date, including 1000 in the first 24 hours after the project was announced.

Mr Tozer says the development has a number of unique features, including dual carriageway streets throughout, each with dedicated bike and pedestrian paths.

‘There is also no one home site that is more than 400 metres from a park,’ he said.

‘That’s pretty cool. As a dad of three boys, I like the idea of being able to walk to a park.’ 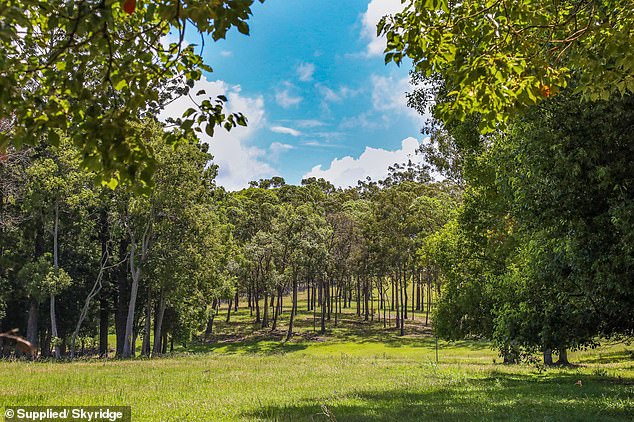 The sprawling property adjacent to the Pacific Motorway on which the massive suburb will eventually sit was once owned by a famously grumpy Gold Coast hermit, Robert ‘Spiney Bob’ Anthes, a WWII veteran who had inherited the land from his father, Jack.

Anthes was known locally for chasing off anyone who approached his property with either a gun or an axe. He lived on his land in a number of ramshackle sheds when he returned from the war in the late 1940s until his death in 2004.

A fight broke out among the heirs of Mr Anthes over plans for the land in 2017 and ended up in the Supreme Court in Brisbane. 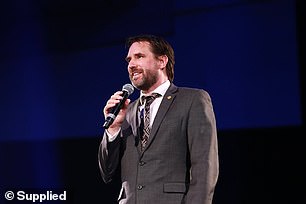 Councillor Glenn Tozer: Skyridge will help alleviate some of the city’s high demand for housing

‘Mr Anthe was a bit resistant to his farm being used for this purpose but his estate is now an investor in the project.’

Mr Tozer also revealed that the man who founded the development company, WA billionaire Stan Perron, reconfigured his estate before he died in 2018 to ensure that proceeds from Skyridge are directed to the Perron Charitable Foundation for philanthropic works.

‘What developer does that?’ he said.

‘So when tradespeople work for this development – whether they build a house or buy land – the proceeds are going to things such as cancer research.’