American popstar Selena Gomez has called on world leaders to band together to help in the global fight against Covid-19.

The songstress has reached out to several politicians via Twitter urging them to unite by donating their excess vaccines to nations in need to bring an end to the global pandemic.

So far, her call to action has included Emmanuel Macron, the President of France, Prime Minister of Spain, Pedro Sanchez, and other members of the G7 – the heads of government from Canada, Germany, Italy, Japan, the UK and the US. 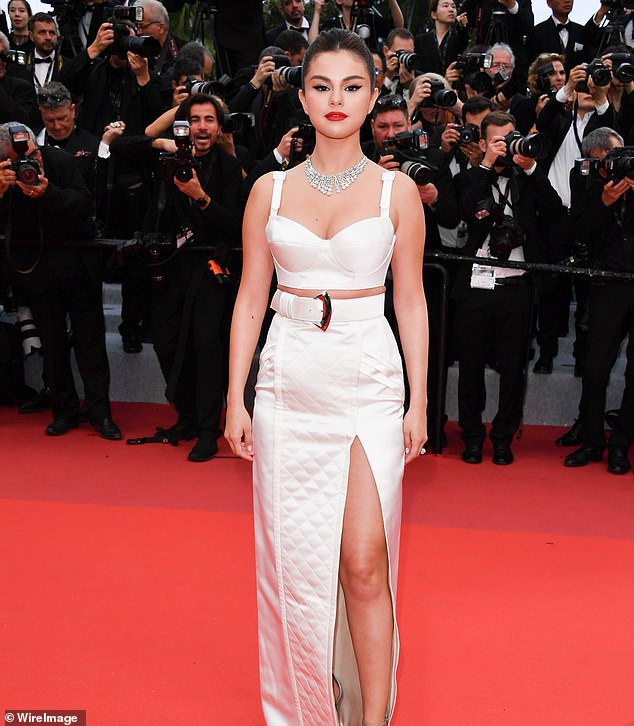 The 28-year-old also sent a message to New Zealand PM Jacinda Ardern after she successfully combatted the contagion in her own country.

‘Can we count on your support too? You’ve helped New Zealand fight Covid-19 domestically. Now we need your help globally to ensure everyone can access the vaccine,’ Selena wrote.

‘We can’t end the pandemic without your help. Will you protect the Pacific and donate your extra Covid-19 doses? The world needs you.’

Ms Ardern is yet to respond to the tweet, but many Kiwis were quick to point out that their government had already made plans to help other countries.

‘The NZ government purchased enough vaccines for our Pacific neighbours. This was announced months ago,’ one Twitter user wrote.

‘She’s already doing it,’ another replied.

She has also called upon vaccine developers to offer up doses on a ‘not-for-profit’ basis to some of the most in-need countries. 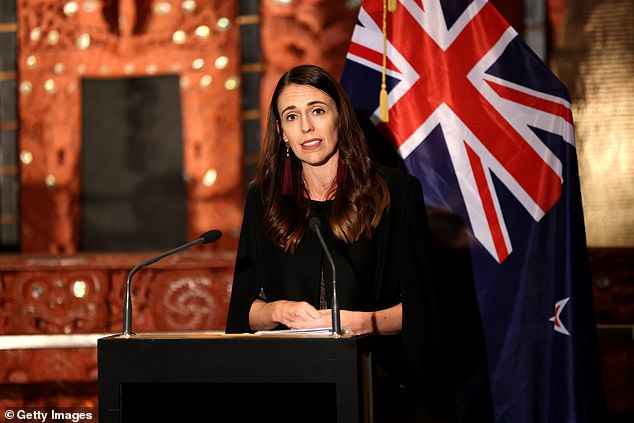 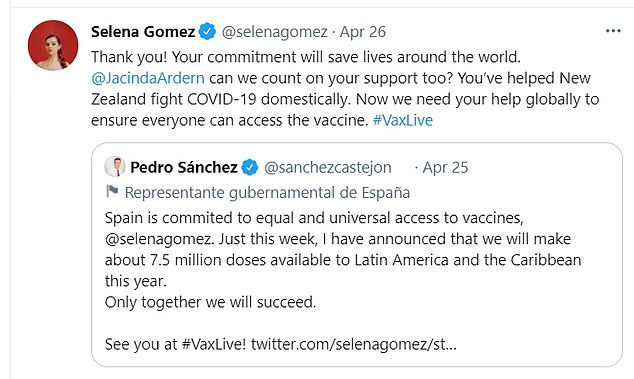 ‘@moderna_tx & @NoubarAfeyan, thanks for developing a vaccine for Covid-19 but we need your help to get it to everyone, everywhere. Will you follow others in providing it not-for-profit for the countries most in need?’ she said.

The singer, who will be hosting VAX LIVE in May, a concert held by humanitarian organisation Global Citizen calling for equitable vaccine distribution, also urged her followers to contact their heads of government.

‘Please join me and send a message to France’s @EmmanuelMacron and other #G7 leaders asking them to pledge dollars or doses to help everyone around the world fight the Covid-19 pandemic. #VaxLive,’ she wrote.

In response to her plea, the leaders of France and Spain tweeted back to inform her they were doing their part to ensure poorer nations received vital medical supplies.

‘Dear @SelenaGomez, thank you for carrying this crucial message to all leaders. France has already started sending out its first doses of vaccine to Africa through #Covax, and it’s just the beginning. Thanks for spreading the word! Let’s stand with those who have less,’ Mr Macron wrote. 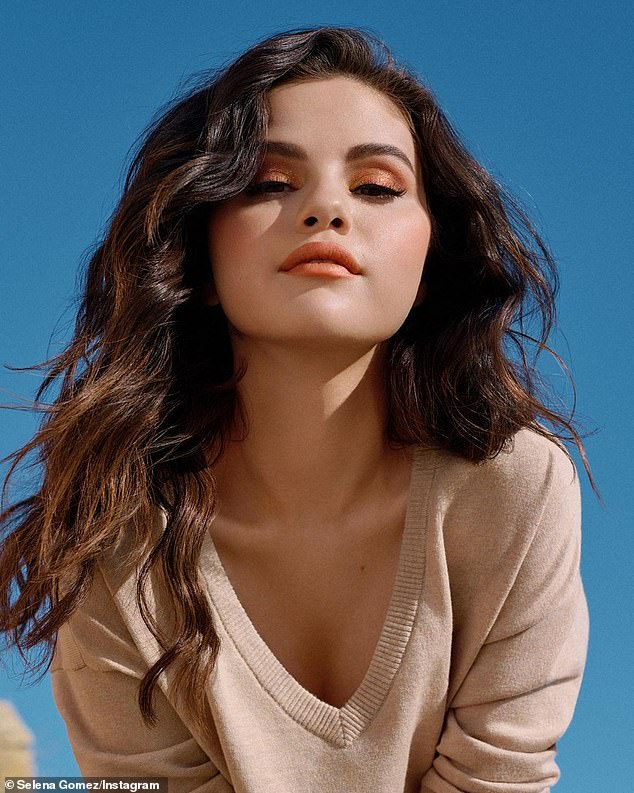 Mr Sanchez said: Spain is committed to equal and universal access to vaccines, @selenagomez. Just this week, I have announced that we will make about 7.5 million doses available to Latin America and the Caribbean this year. Only together we will succeed.

In a follow up post, the musician thanked them for their assistance but called on other leaders, including her own President, Joe Biden, to join the cause.

‘Thank you! We need all #G7 leaders to stand with those who have less. I’m really hoping the US also hears this and takes a stand… @POTUS @SecBlinken @WHCOS ? With US leadership #WeCanDoThis and end the pandemic for everyone.’