Senator Lindsay Graham: Anyone responsible for Capitol security who has failed in their mission must be held accountable 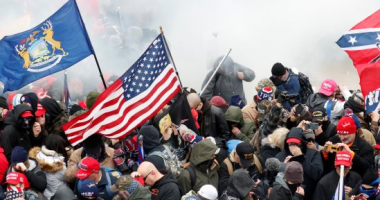 US Senator Lindzay Graham said that every person in charge of Capitol security has failed in his mission and must be held accountable for that, according to media sources.

Earlier, the FBI requested that the Americans provide any information that helps identify the rioters in Congress. In turn, the US Bloomberg Agency confirmed the resignation of the Director of European and Russian Affairs from the US National Security Council, due to the events in Congress.

U.S. may have lost jobs in December for first time since April amid COVID-19 surges