A senior lawyer pulled a white envelope over his head and told his black secretary he had joined the Ku Klux Klan, a disciplinary tribunal has heard.

Samuel Maurice Charkham, 68, allegedly wore the makeshift costume in the central London firm’s offices as the woman was about to take dictation from him.

The woman said he also slapped her bottom on 18 occasions over a three-year period at media and commercial law firm Simkins LLP in Bloomsbury.

The tribunal was told Charkam ran through the corridors calling her name, then approached her desk with the envelope on his head and announced: ‘I have joined the KKK’.

The woman carried on working but then had to go outside and collect herself.. 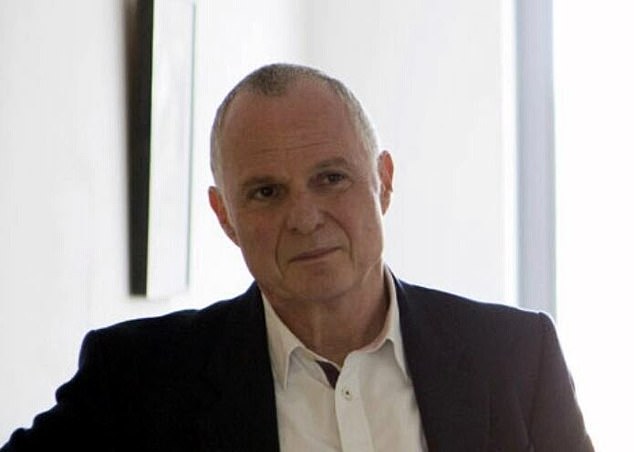 Samuel Maurice Charkham (pictured), 68, pulled a white envelope over his head and told his black secretary he had joined the Ku Klux Klan, a disciplinary tribunal has heard

Nimi Bruce, for the Solicitors’ Regulation Authority, claims he also told a racist joke involving the word ‘c**n’ at a Christmas Party in a West End bistro in December 2016.

The woman, who cannot be named for legal reasons, heard the joke and felt ‘extremely uncomfortable’ as colleagues turned to look at her, it was said.

In December 2017, she signed an agreement which closed the matter and included a number of confidentiality clauses, the Solicitors’ Disciplinary Tribunal was told.

Giving evidence she said: ‘Every Christmas they have a departmental dinner or event, for the department.

‘I positioned myself as far away from him as I could and he made a joke which I sort of caught the odd word but I realised it had some racial connotation because everyone at the table instantly starred at me, like I had soup on my face and I just wanted the ground to open really, because here I was again I would rather just be a home.

‘I caught the odd word because I knew it was bad because I heard the word: ”c**n”.’ 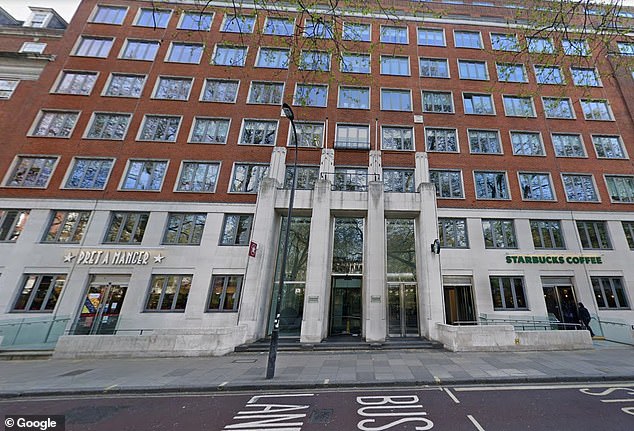 Recalling when Charkham allegedly made the remark about the KKK, she said: ‘I was poised with my hands on the keyboard and then the respondent came running through the office with a white A4 envelope on his head laughing, joking saying he has joined the Klu Klux Klan ”hahaha”.

‘Well, I was sort of shocked that this has happened. I was going to dictate and I always aim to be very professional and I said to my boss can you dictate the letter very quickly so I can go outside and get myself together.’

Turning to claims he slapped her bottom she said: ‘When you are making a cup of tea his offices are to the back of you.

‘I was making a cup of tea and he just came in.

‘The fridge is underneath the counter, he came in from behind and grabbed both cheeks on my bottom, one hand on each cheek. It is not normal.’

Charkham denies touching the woman at all and claims the remarks he made were jokes in bad taste and not designed to offend.

The lawyer claims it was a ‘manifestation of his playful sense of humour.’

He said: ‘I have told racist jokes in the past in a very different political climate to the one we are in now and would never dream of doing it now. I don’t accept that it was directed at her.

‘I accept that it was in bad taste. It was a joke I heard and I just repeated it. As I say, I apologised afterwards and I cannot see the point of any further discussion.

‘The Black Lives Matter movement did not exist four years ago.’

Giving evidence another secretary at Simkins said Charkham had a hot temper and stormed up to staff if they laughed about him.

Sue Hill, called as a witness by Charkham, recalled the lawyer had a ‘meltdown’ in the office on February 22, 2017.

Ms Hill, who has worked for Charkham or 22 years, told the hearing: ‘He was quite loud, as is his way. It was not a special thing. He got quite frustrated if things were not carried out how he wanted it.

‘It would generally be amendments and it thrown back at you: ‘Do it again’ sort of thing.

‘It is very usual for him to keep coming up saying: ‘I want this done, I want that’.

‘He said something along the lines of: ‘I am just trying to get my f****** work done’ or something like that.

‘That is when the lady said stop bullying me. She did follow him down towards the office.’

Asked about the incident on February 22, 2017, she added: ‘We were taking the mick out of him. He had lost it. They had a melt-down, a row in the office. That is it really.

‘That word was often bandied round in the office, it still is. I said what was that about to Person B.

‘It was just the way he moved, the way he moved made me think he had stuck his leg out and nudged his foot and she turned around so he obviously did and then he gave one of his little: ‘I am joking’.

Ms Bruce asked Ms Hill about her statement which she signed.

She admitted parts of the statement had been pre-drafted by Charkham’s representatives and she agreed they represented her views.

Part of her statement read: ‘I often heard him telling anti-Jewish jokes even though he was Jewish himself.’

Asked about this line, Ms Hill added: ‘That was already in there so I left that in there.’

Charkham, who became a solicitor in 1977, has since left the firm and was working for Portner Law Limited, Marylebone at the time the allegations were announced by the SRA.

The solicitor denies all the charges and the hearing continues.