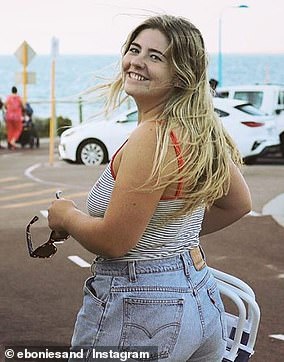 Ebonie Sanderson was the first woman to speak publicly about the abuse she received from McGuirk.

She said after they had arranged to meet up on Tinder, she became uncomfortable with his behavior and called the date off, leading to a torrent of abuse.

‘Then all these voice messages came through, just abusive messages about my appearance, and my weight,’ she said.

McGuirk bizarrely claimed to have ‘better genes’ that she knew ‘deep down’ made him ‘above’ her.

‘The fat liberal arts chick… teach me. I know you know deep down you are below me, that there is hierarchy in society,’ he wrote.

‘And the dysgenic like you are there to serve us. You are the inferiors.’

After sending the abusive messages, McGuirk called Ms Sanderson to abuse her for ‘wasting his time’ and calling her a ‘fat f**king pig’.

‘Look at my f***ing face. I don’t have to struggle to get laid. I especially don’t need a FOUR like you to get laid.’

Ms Sanderson blocked him on Snapchat and Instagram, but he added her another account and continued messaging her. 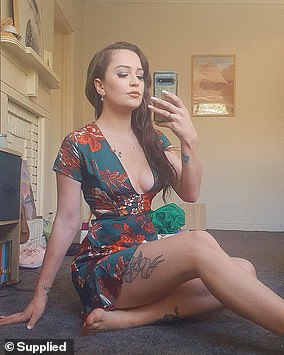 Erin Hinds spent the night with McGuirk after matching with him on Tinder, and said he was pleasant up until the moment she told him she was not interested in pursuing anything further.

‘I said sorry, I have changed my mind. It was fun but we really don’t have chemistry. That is when he flipped the switch,’ the brewery supervisor from Sydney told Daily Mail Australia.

‘He started calling me a w***e and a s**t then taking pictures of my friends from social media and sending them to me saying that we are all retards, disgusting w****s with bad dental hygiene, and s***ts only worth one f**k each.’

She quickly blocked him on all of her social media accounts.

The next day, she matched with a guy called ‘Ryan’ on Tinder, who later claimed he was a friend of McGuirk and the pair had a good laugh at her expense.

‘He said he remembered where I worked and threatened to come in,’ Ms Hinds said.

In messages provided to Daily Mail Australia, ‘Ryan’ told Ms Hinds that he and McGuirk expected ‘excellent customer service’, to remember to ‘smile’ and that ‘customers are always right’. 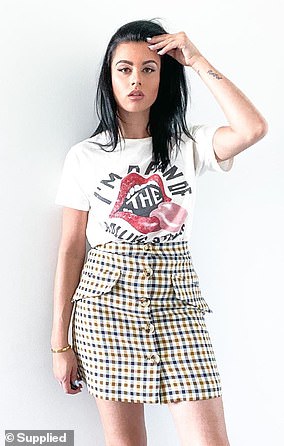 Beauty vlogger Jess Turunen matched with McGuirk in May 2020 on the Gold Coast.

She told Daily Mail Australia they got along well for a few days, but some of his opinions made her uncomfortable.

McGuirk called her ‘white trash’ and said he was disappointed in her taste in men prior to him.

‘After a few days he began asking what my type was and I explained that I really don’t have one. My ex-husband was a redhead and my last partner was black,’ she said.

When she realised just how serious McGuirk was, Ms Turunen suggested he seek a girlfriend elsewhere.

Even though she never met him, Ms Turunen was harassed by McGuirk both on Tinder and later on Instagram after he found her account.

‘I was quite traumatised by it all,’ she said.

‘I’m glad he’s been called out because its frankly not fair.’ 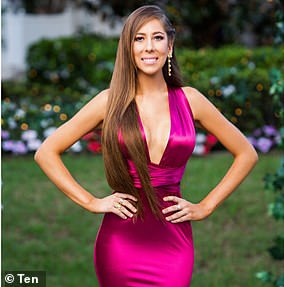 Nikki Ferris, a contestant on the seventh season of The Bachelor, also described McGuirk as ‘disgusting’ after sharing an insulting message he sent her.

The reality TV star matched with him on Tinder and sent him a flirty pick up line which read: ‘Tell me are you Israeli? Because you Israeli hot’.

But his harsh response left her stunned and upset.

‘You are just tits, ass and puns, huh,’ Mr McGuirk wrote back.

Ms Ferris shared her experience online and said she found him ‘actually disgusting’ after learning of other women’s experiences with the IT worker.

Several other women also contacted Daily Mail Australia to share their experiences with McGuirk, read about them here.

Coronavirus: Is football on its final warning after continued breaches of rules and protocols?