A trailer has been released for a bizarre new dating show on Netflix which sees singletons don elaborate costumes to woo potential matches.

Sexy Beasts, which will be released in the streaming service in the US and the UK on 21 July, is a six-part series that promises to take looks completely out of the equation for daters using fantastical, cutting edge prosthetics to transform and conceal their faces – giving them a chance to find love purely based on personality.

Each singleton will only get the chance to see the real face of their chosen match after they have made their final decision, which will be based entirely on their feelings about the other person’s personality.

Netflix bosses are no doubt hoping that the series will follow in the success of previous dating shows that have been streamed on the platform, including Love is Blind and Too Hot to Handle. 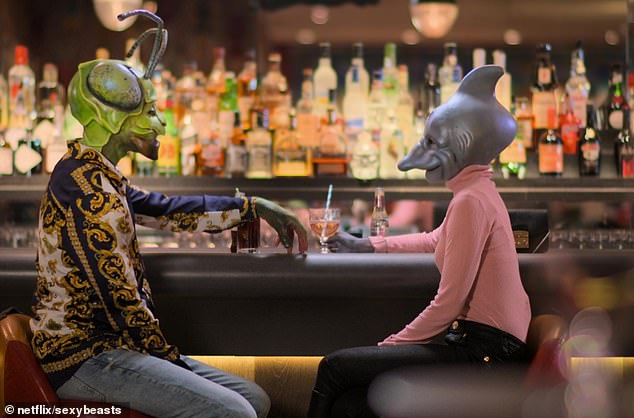 Sexy Beasts, which is set to arrive on the streaming service on 21 July, is a six-part series that promises to take looks completely out of the dating equation with fantastical costumes 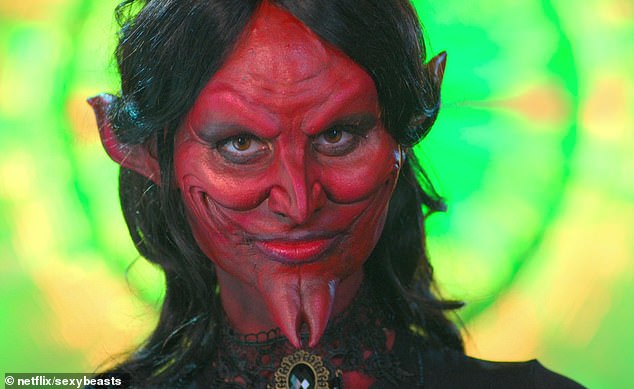 The single will see the real face of their chosen match only after they’ve made their final decision, based entirely on their personality

In a first-look trailer for the quirky new show, British and American singletons can be seen wearing the unusual prosthetics which completely disguise their appearance.

From beaver costumes to alien masks and shark fins, the daters are left with no idea what their potential match really looks like and must therefore judge their compatibility on personality alone.

Despite the daters’ weird and wacky appearances, the meet-ups themselves are rather more traditional, with the singles seen heading out for drinks, going bowling, and even enjoying some axe-throwing together – all while modeling their beast-like costumes.

However there is certainly some apprehension on the part of the daters as far as physical attraction in concerned, with one woman – who is dressed as a panda – asking her date: ‘So what if I pick you, and I’m not what you expected underneath?’

Other singletons were even more forward with their dates – and one woman cut right to the chase during drinks with her match, blurting out: ‘I want to get married, I want to have babies before I’m, like, 26. Do you have health insurance?’ 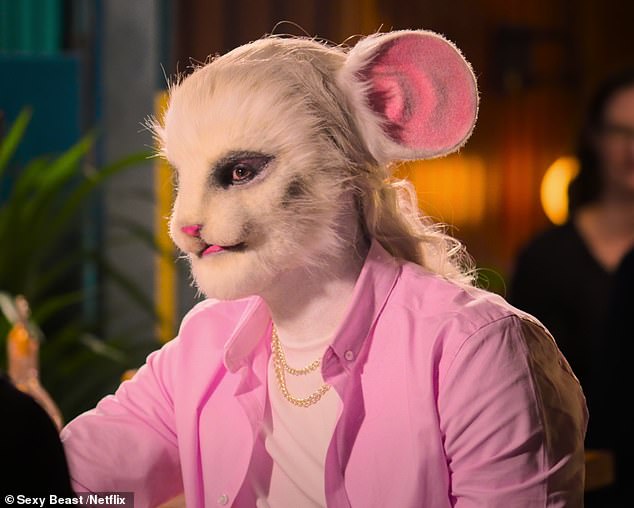 In the trailer for the quirky new show, British and American singletons can be seen wearing the unusual prosthetics which completely disguise their appearance 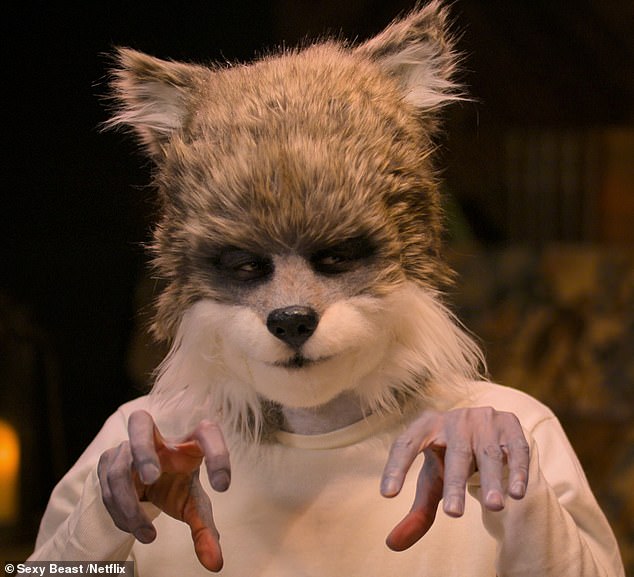 In the trailer for the quirky new show, British and American singletons can be seen wearing the unusual prosthetics which completely disguise their appearance

At the end of the programme, daters must choose one of three potential matches to see again, before their true appearance is unveiled.

Netflix bosses will likely be hoping the series will follow in the success of two of its smash hit dating shows from 2020.

Love Is Blind launched on the streaming service in February 2020. The hit Netflix series followed 30 men and women as they built connections in different pods without ever seeing each other; during that speed dating-process, the contestants were allowed to propose to each other whenever they chose.

Once couples became engaged, they were allowed to meet for the first time, resulting in a romantic getaway to Mexico, moving into their own apartment together and meeting each other’s families ahead of their wedding in days. 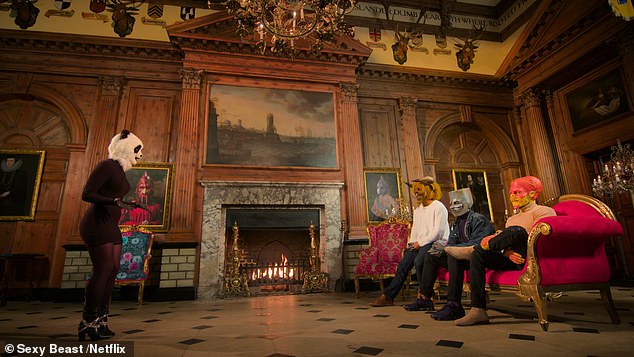 At the end of the programme, daters must choose one of three potential matches to see again, before their true appearance is unveiled 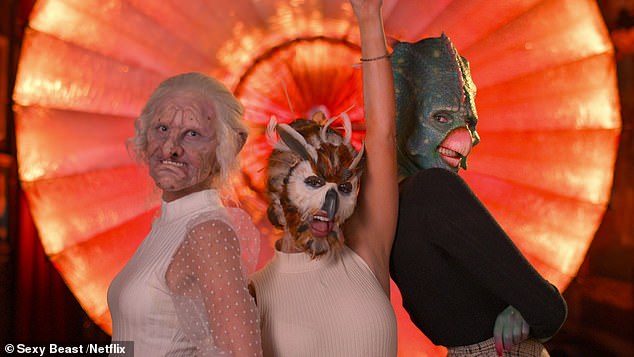 Over two seasons of the unusual show set to be released this year, 48 unique makeup designs were created (pictured, three daters)

Meanwhile Too Hot to Handle, which was also launched last spring, was another runaway dating show success for Netflix.

In the first series, competitors from across the globe entered a luxury villa in Mexico and 10 stars of the show managed to make it to the final and split the $75,000 prize.

While the total dwindled thanks to a number of rule breaks from randy contestants, the singletons were later given the chance to win back the money.

The cast hailed from the UK, US, Ireland, Canada, and Australia and have kept in touch since the show ended.

Netflix co-CEO previously hailed Too Hot To Handle as the streaming service’s ‘biggest competition show ever’, with the first series the number one show on Netflix during the week of April 20 after it premiered.