Shane Lewis-Hughes might be the most excitable Welsh debutant in years.

With no little confidence and an undimming love for his sport he may have only officially been part of Wales’ squad for a week but has already been ear-marked as Alun Wyn Jones‘ ‘clone’.

Most – at least until they had won a cap – might cower from the suggestion, but the new rouser from the Rhondda is happy to drink it all in. 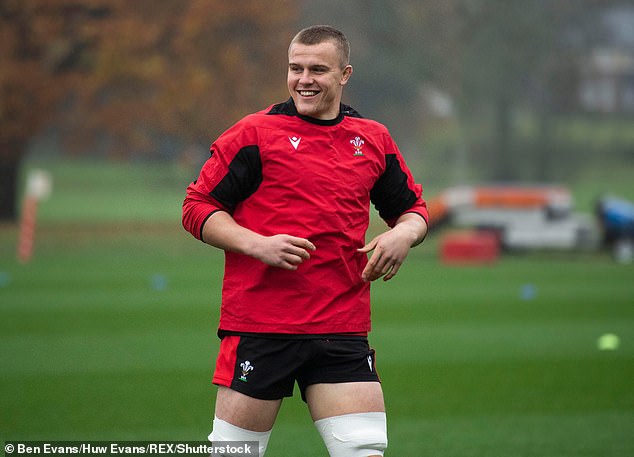 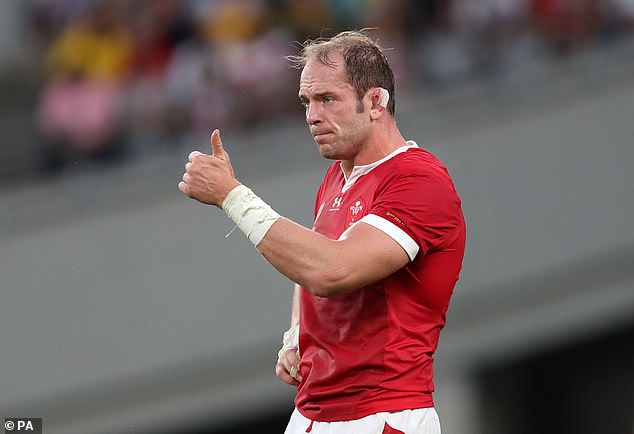 ‘It’s been amazing to see how he operates,’ Lewis-Hughes says of captain Jones.

‘In the gym we have been going hammer and tong at each other – we both came out the other day and were exhausted and go into a rugby session.

‘We said “I think we pushed each other a bit too hard there butt!” It’s been great just to be around him, see how he operates, his preparation, his focus. It’s inspiring.

‘There’s no coincidence he is taking the all-time Test record on Saturday. You can only have massive respect for someone like that. The focus he has is absolutely incredible.

‘It makes me realise I am normal – to have the focus I’ve got to be the best I can be.

‘You can never be the best, or get to the level Alun has got to without having that mindset.’

They call him ‘crazy’ at the Cardiff Blues which the man who has ‘obsessed to be the best’ plastered on his Twitter profile says is down to his self-styled mad trainer persona.

‘It’s got something to do with it, yeah!’ he said. ‘It’s the training and the focus to be the best I can possibly be.

‘A lot of people find it crazy and it is too much for some people but people who love me, my friends, and people who understand what I’m trying to do respect me massively. 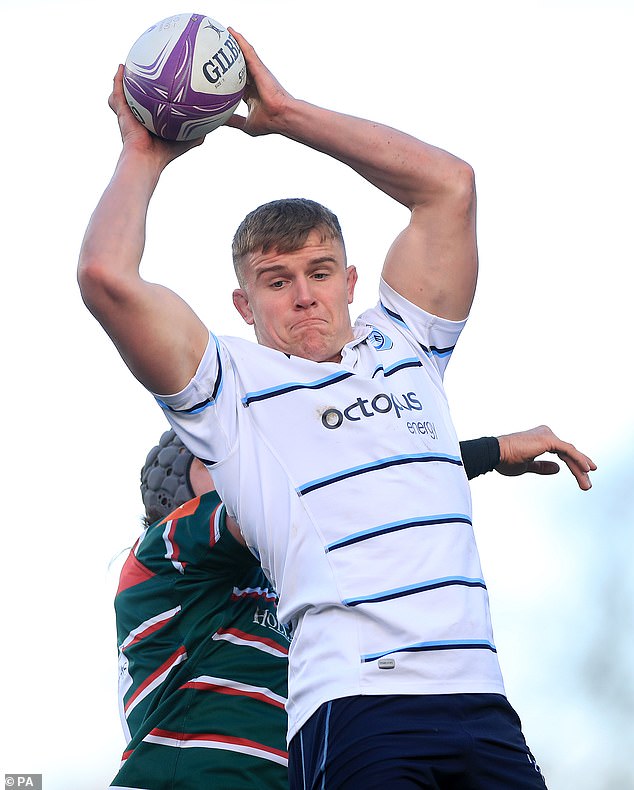 ‘Even the boys who call me crazy do respect and do love me. It’s just good banter to have at the club. It comes from my training and my love for rugby..’

Saturday’s debutant has an incredibly clear memory of how it all started.

‘I remember watching the telly and my mum was sat right next to me, and it was funny because I was sat on a bean bag tucking into some pork chops and pasta,’ he says with eerie clarity.

‘I asked “what’s that on the telly” and she explained it was rugby and Wales were playing.

‘I said “Mum, I really want to play, is there anyone around here I can play for”.

‘And she said “Yeah, there’s a club in Ferndale”, where I live, “10 seconds around the corner from us”.

‘I remember everything, the first session I went to. I just… without being cringey or corny, I had a feeling when I first touched the ball, passing the ball, everything in that session, I just had a feeling I did not want to let go.

‘That’s driven me every single day, I absolutely love rugby. 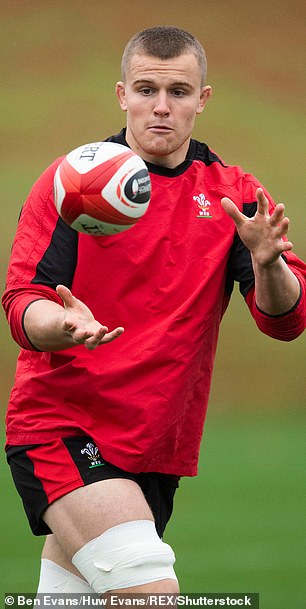 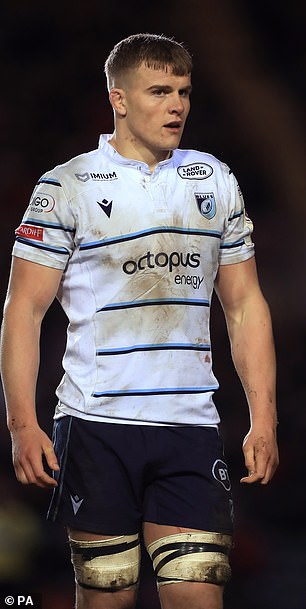 ‘It’s something that has always been in my heart and means a massive amount to me, my family. I just hope I can make all my friends and family proud through rugby.’

They will be proud on Saturday in the Rhondda – down at Ystrad where he started and the town’s main rugby club where he was coached by legendary local hard-man and former prop Chris Jones.

‘I think I’ve had half of Rhondda text me!’ Lewis-Hughes says.

‘It’s been crazy. We had a weights session earlier so I turned my phone off for an hour or so. We came out to have lunch and I put my phone on and my WhatsApp, Instagram, Twitter was just going crazy.

‘It’s mental – anybody who could contact me was contacting me. It means the world to me and I’m very proud to be from the area I’m from.

‘It’s a small area in the Rhondda but we’re a big family. I know it sounds cringey but we are a big family and to have that support from those people, my family and friends, means the world to me.’

The blindside flanker, 23, is in to give Wales a more physical edge against the Scots and on the early evidence Lewis-Hughes will not be backward in coming forward.