On this evidence, Brentford’s loss of £50million in attacking talent will not be a hindrance in their quest to go one better this season.

‘We knew he was a goalscorer, we knew he would suit the way we play, and we still know there are things we need to work on to make him better,’ said Brentford manager Thomas Frank, following his 100th game in charge of the London club. 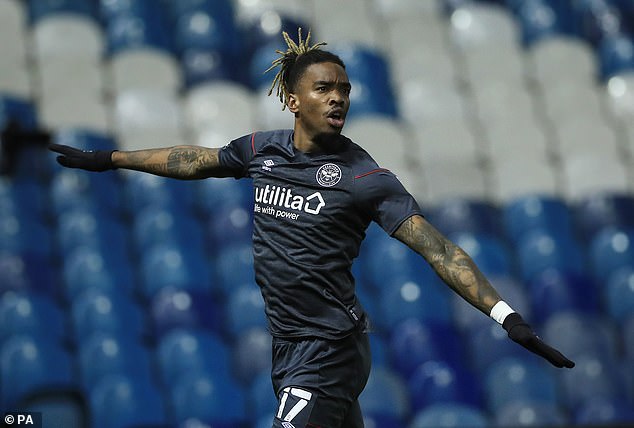 ‘His record speaks for itself but both he and I want even more.’

Wednesday, still propping up the division but with only four of their 12-point deduction left to erode after a decent start to this behind-closed-doors season, found themselves behind twice to opportunistic finishes from last season’s League One player of the year.

First, the 24-year-old was quickest to react when Cameron Dawson could only parry Henrik Dalsgaard’s low drive in the sixth minute.

And he took advantage of a physical mismatch with Moses Odubajo at the near post to head home Vitaly Janelt’s corner on the half-hour. 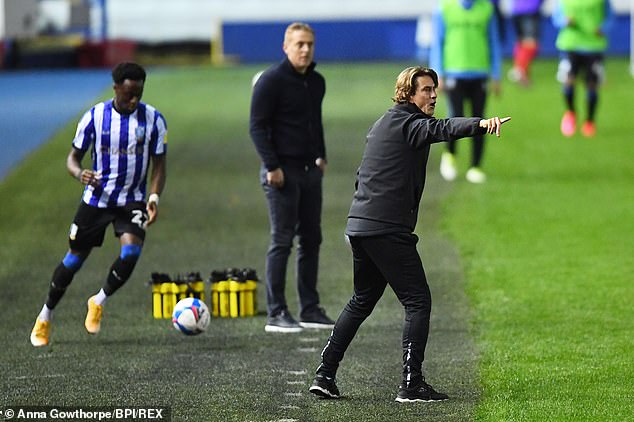 In between, Callum Paterson briefly restored parity with a stooping header from Kadeem Harris’ touchline centre, his first since a recent switch from Cardiff.

Wednesday displayed greater intensity after the interval but Brentford stood up to the physical demands despite the loss of captain Pontus Jansson to a hamstring injury just before the hour.

And Toney would have been celebrating a hat-trick had he made cleaner contact on substitute Sergi Canos’ cross midway through the second half.

‘This is going to be a season of adversity for us. Every time these players go onto the pitch there is a lot riding on matches. We are going to suffer losses, every team will and it’s how you respond and stick together that counts,’ said Wednesday manager Garry Monk.

Is the Turkish lira a buy ahead of CBRT interest rate decision?

Is the Turkish lira a buy ahead of CBRT interest rate decision?