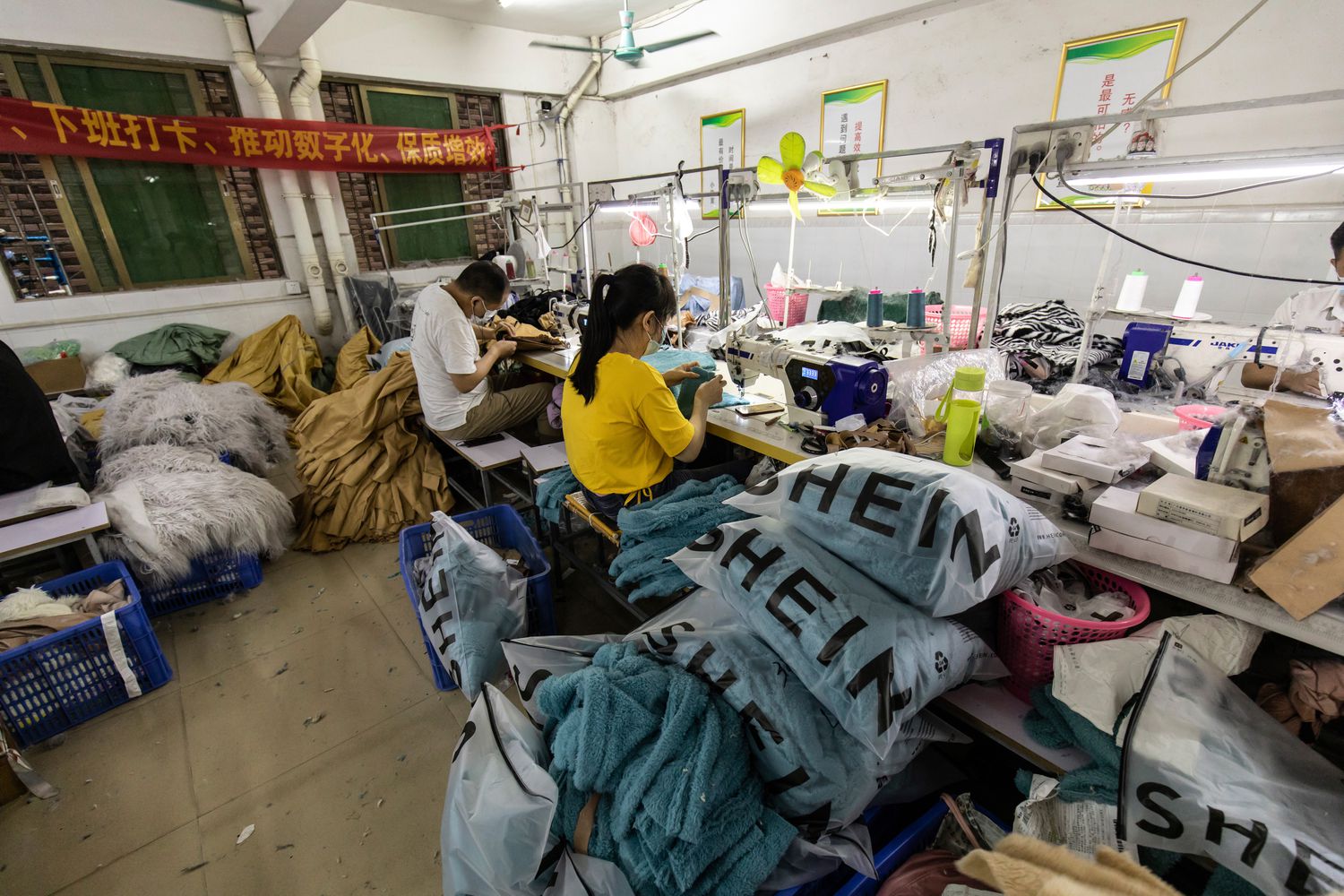 Shein is shaking the foundations of the industry known as fast fashion or fast fashion, a sector valued at more than 1.4 billion euros and in which the Spanish group Inditex is one of the undisputed leaders. Thanks to a business model based on that of Zara, combined with the development of algorithms similar to those of the e-commerce giant Alibaba or the short video application TikTok, this Chinese startup has achieved a position in the exclusive top three of the unicorns valued at more than $100 billion. Despite the doubts surrounding the brand’s quality and sustainability standards, as well as the countless criticisms it has received for plagiarism, Shein attracts millions of young people from all over the world daily thanks to the speed with which it allows them to renovate your wardrobe at a very cheap price.

Shein has supposed for the fast fashion a revolution similar to the arrival of TikTok on social networks. “They have achieved something that seemed impossible: create trends at a ridiculous cost and very quickly. That these three factors are fulfilled is very complicated. Zara dictates fashion and changes its windows frequently, but Shein offers thousands of new products daily and the lowest prices on the market, ”says Sucharita Kodali, sales analyst at Forrester.

The success of the Chinese group is undeniable, especially in the US Shein, which sells its clothes only through the Internet, is the most downloaded shopping application in 50 nations and since the beginning of the month it has held first place in the ranking US general, ahead of TikTok, Instagram, Twitter and Amazon. According to the consulting firm Earnest Research, in the first three months of 2022 it accumulates almost a third of total clothing sales in the US, surpassing the sum of H&M (17%) and Inditex (10%).

It is also the third best-valued emerging company on the planet, after the also Chinese ByteDance, parent of TikTok, and SpaceX, owned by Elon Musk. Its recent valuation at 100,000 million dollars (about 96,000 million euros) is higher than the sum of the market capitalizations of Inditex (64,000 million euros) and H&M (20,600 million euros). However, Shein is so opaque that not even the US investment funds that finance it, such as Tiger Global and General Atlantic, offer information about it. That low profile has enabled him to evade the campaign against possible national suspensions with which his compatriots have been dealing in the last year, even in the face of growing rumors about an IPO on Wall Street, which, if materialized, would be the first equity operation of a Chinese company in the United States since July 2021.

And it is that little is known within the Asian giant about this company created in Nanjing in 2008 under the name of SheInside. The business, initially specializing in wedding dresses, really took off in 2015, two years after one of its three founders, Xu Yangtian, single-handedly bought the domain. After the change of name and the transfer in 2017 of the headquarters to Guangzhou, the growth of the company has been meteoric.

Under the direction of Xu, an expert in Internet search engine optimization (SEO), the firm has capitalized on the rise of e-commerce, especially in the pandemic. Shein does not publish its results, but the consulting firm Sinolink Securities estimates that in 2020 its sales soared 250% year-on-year, to reach some 9,500 million euros, while in 2021 its income exceeded 14,800 million euros, almost seven times more than before the health crisis.

“It reaches a young audience, which changes its mind from one day to the next and consumes on impulse. In networks, photos and videos with their clothes are uploaded, which generates a sense of belonging to a community, ”says Kodali. “In their app, the discounts appear randomly, which adds excitement to the experience, which becomes addictive,” she adds. Thanks to its strong commitment to social media — it has accumulated more than 250 million followers on all platforms — and the legion of influencers who promote its products, Shein has become an obsession for those born at the gates of this century. But its good economic results go beyond its strategy of marketing.

Mark Greeven, professor of Innovation at the IMB business school in Lausanne, believes that the key lies in supply chain management and the commitment to automation and artificial intelligence. Shein has taken to the limit the logistics process that Inditex popularized in the 1990s, which allows it to offer new items practically every week (instead of seasonally) and in fashion. The company has reduced the time it takes between the design of a new piece and its production to just five or seven days, so that it is able to put on sale a large number of products weekly at prices between 40% and 60% lower than the competition.

“Shein’s algorithm is capable of predicting trends in dozens of markets in real time. Prototypes of thousands of garments appear daily on his platform and, based on monitoring user behavior, he is able to predict demand and the number of items that will actually be needed in inventory, ”says Greeven. “The key is to make small orders (even less than 100 pieces) to their various manufacturers, which Xu earned their trust by paying them quickly,” she emphasizes.

It is estimated that Shein has more than 300 satellite companies that work exclusively for the brand. Since all parts of the manufacturing chain are located in the same place and use the same software, communication is completely automated, allowing production plans to be instantly readjusted, without stockpiling. And, by not having physical stores, commissions are greatly reduced. However, Greeven states that the weak points of the system could surface in the future. “Its consumer base of about seven million active monthly users is very small compared to that of the major e-commerce platforms. The more users, the more complications to manage data and more logistical pressure”, he says.

The pace of production and Shein’s silence on its sustainability strategy have raised serious questions about quality standards, the origin of raw materials and the conditions of its workers. The Swiss human rights organization Public Eye denounces in a report the labor exploitation to which the workers of its manufacturers are subjected, some reaching 75 hours a week, a schedule that violates the country’s labor law, which establishes a maximum of eight daily working hours and 40 weekly. “Shein still has many challenges ahead and will have to answer many questions to gain the trust of the public. If they want to grow, they must be transparent”, concludes Kodali.

NBA: Doncic: "We will believe until the end"