A Sheriff’s deputy from Southern California is the subject of a criminal investigation after a video emerged of him kicking a suspect in the head after the man he was pursuing already appeared to have surrendered.

The violent interaction occurred on Wednesday and was captured on surveillance cameras located at a Toyota car dealership in Victorville, California, northeast of Los Angeles.

The suspect, identified as 32-year-old Willie Jones, can be seen rolling out from underneath a parked car before being confronted by a deputy from the San Bernardino County Sheriffs Department who orders the suspect to the ground while carrying a flashlight. 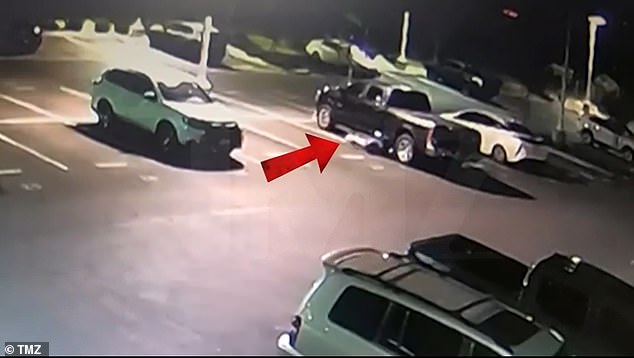 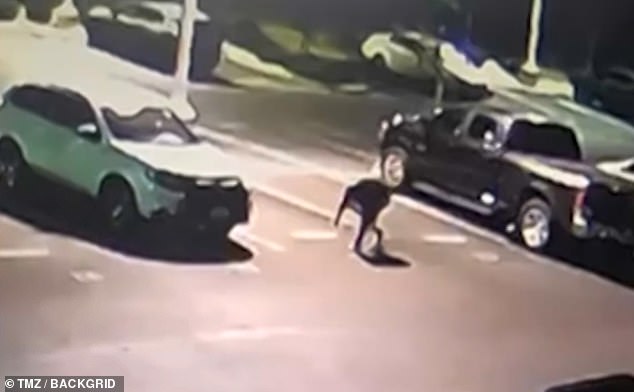 The suspect, later identified as Willie Jones, 32, makes a run for it between vehicles

Despite Jones complying with the deputy’s orders, the officer then proceeds to kick the suspect in the head and face several times.

The video then proceeds to show the officer standing over the man before placing handcuffs on him before another deputy arrives to assist with the arrest.

Police say the incident began with the attempted traffic stop of a motorbike.

The driver led the suspect on a high speed chase the Sheriffs Department told TMZ.

The pursuit continued a with Jones failing to stop at multiple traffic signals before entering the northbound I-15 freeway. 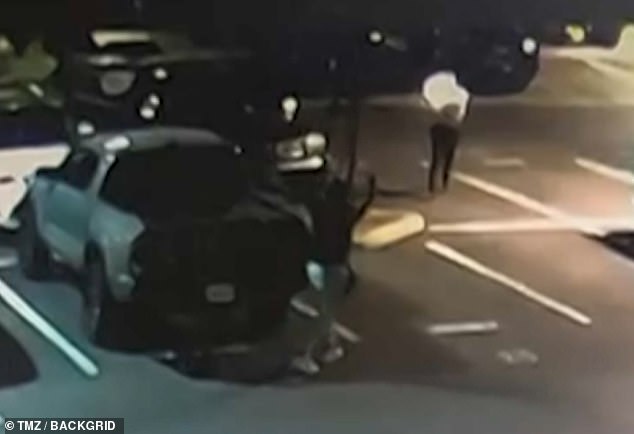 As a Sheriff’s Deputy approaches, Jones hold his hands up in the air as he surrenders 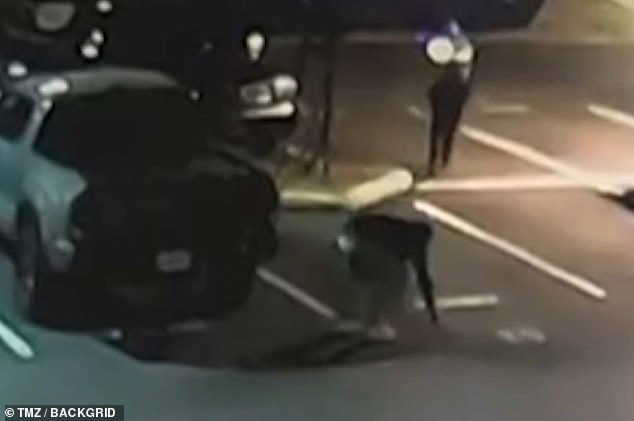 Undersheriff Dicus made a statement in which he stated: ”I want to ensure the citizens of San Bernardino County the sheriff and I are aware of the alarming video depicting a deputy kicking a suspect.’

‘The suspect was in the northbound lanes traveling southbound, narrowly missing several head-on collisions with oncoming vehicles,’ said statement by the police.

The driver then dumped the bike close to the car dealership and attempted to flee on foot.

Officers then found Jones hiding in the lot and have confirmed that there was ‘use of force’ during the arrest.

A supervisor at the scene reviewed the surveillance footage and determined there was immediate concern about a deputy’s actions. 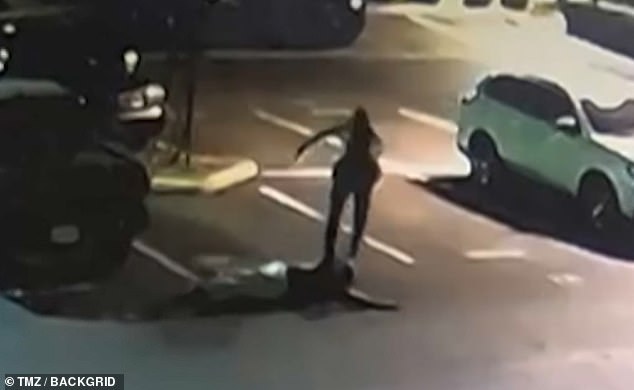 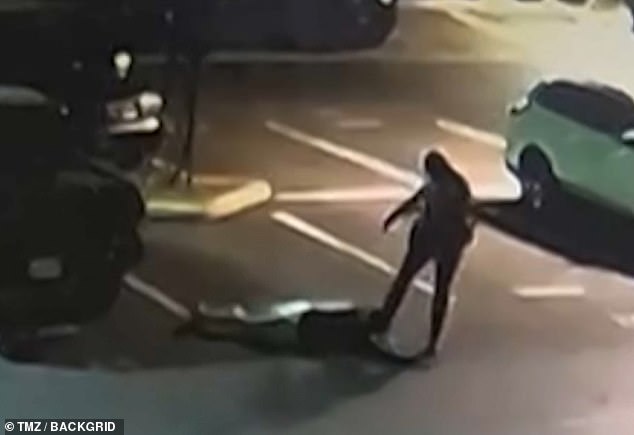 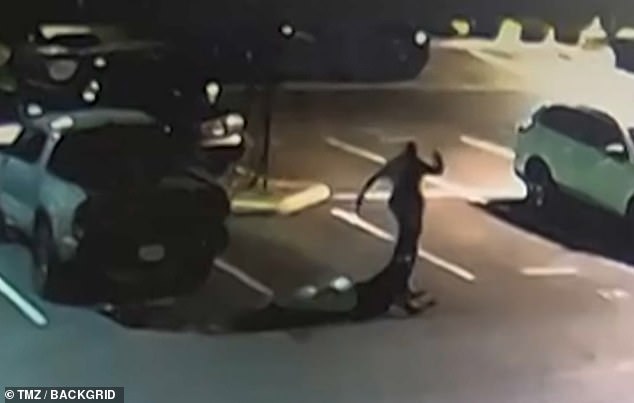 ‘The supervisor immediately requested that an investigation be conducted regarding the deputy’s conduct,’ a statement by the Department stated.

The deputy has since been placed on leave while a review of the officer’s actions is looked at.

Sheriff John McMahon told VVNG that the incident raises concerns. ‘I expect my deputies to remain professional while engaging the public.’

Shannon Dicus the under sheriff for McMahon issued the following video statement:

‘I want to ensure the citizens of San Bernardino County the sheriff and I are aware of the alarming video depicting a deputy kicking a suspect. This video came to our attention after a Victorville watch commander was contacted by the security company that monitors the parking lot where this incident occurred. The watch commander reviewed the video and immediately determined the deputy’s actions were disturbing. 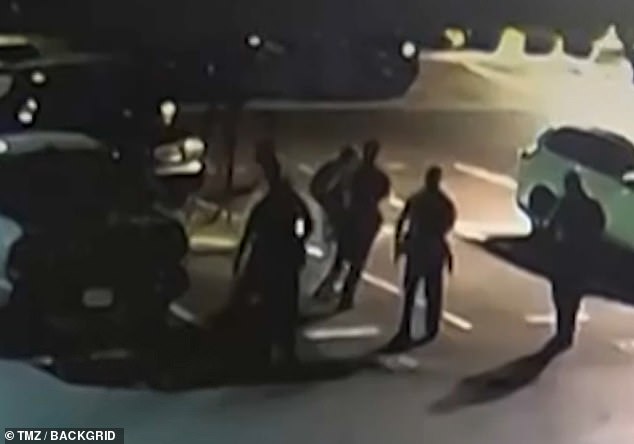 ‘I want to ensure our community that is our expectation that deputies respond to any incident professionally and in a manner that is consistent with our training. We know the communities trust is the platform which enables us to do our jobs. The deputy involved in this incident was immediately taken off duty and placed on administrative leave. A criminal investigation is being conducted. This investigation will be submitted to the District Attorney.

‘Subsequently, an administrative investigation will also be initiated to allow for the appropriate employment actions to be taken. It’s unfortunate when incidents like these occur because it causes turmoil within our communities and equally amongst our deputies who pride themselves on providing professional service. We take these matters seriously and want to assure you that a thorough investigation will be conducted.’