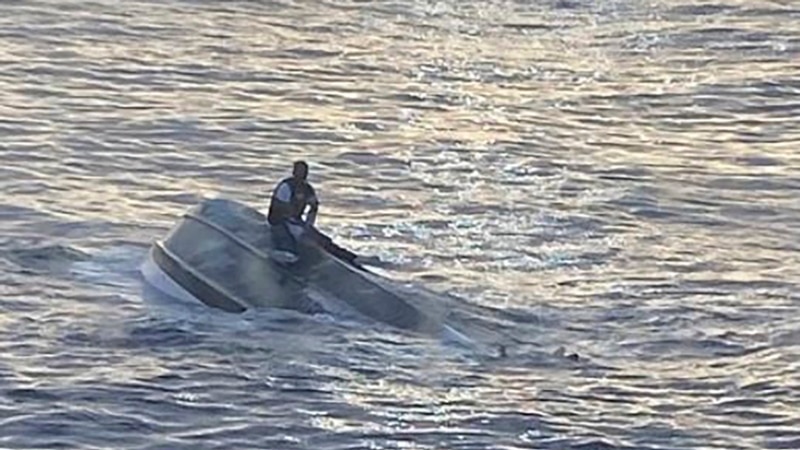 The U.S. Coast Guard reported that it is searching for 39 people missing after the boat they were traveling on, presumed to be used for human smuggling, wrecked off the coast of Florida en route from the Bahamas

On Tuesday several ships and planes were involved in the search for the missing between Bimini, a small archipelago located east of Miami, and Fort Pierce, further north.

The Coast Guard said it fears this is a suspected case of human smuggling.

The Bahamas, an archipelago of 700 islets (including 39 inhabited ones) located 50 miles southeast off the coast of Florida, near Jamaica, Cuba and Haiti, is regularly used as a transit route for migrants seeking to reach the United States, and as a departure point by Haitians living in the archipelago.

* With information from AFP and AP

The Great Salt Lake in Utah is drying up faster than ever, posing a huge threat to the economy and environment alike.The Utah Department of Natural Resources and...

His lawyers say he is merely a witness in the ongoing Fulton County investigation. Source link

Source: Pixabay Do you ever go to the bathroom and wonder what it would be like to start a business? You wouldn't have to worry about customers if...