Federal Liberal MP Nicolle Flint has said she will not recontest her South Australian seat of Boothby at the next election two years after she was viciously hounded on the campaign trail.

The second-term MP and deputy whip has been vocal about problems facing women in parliament, calling out what she described as sexist ‘rubbish’ they too often faced.

During the 2019 election campaign, she was stalked and called a ‘slut’ and a prostitute. 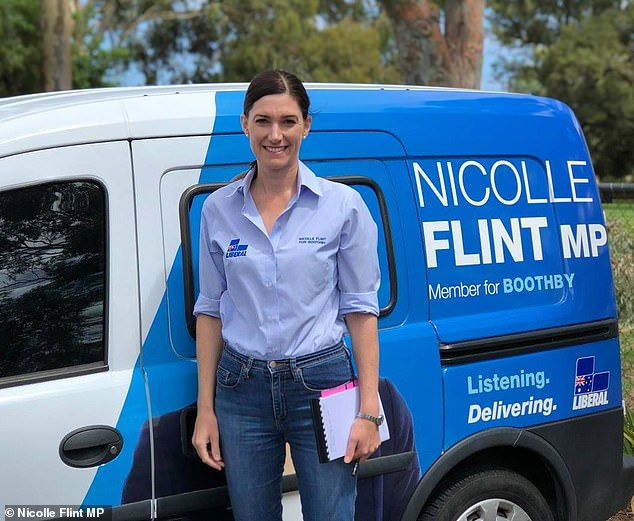 ‘It has been an honour to represent the people of Boothby over two terms and I am grateful to them, and to my Liberal Party members, for giving me this opportunity,’ Ms Flint said in a statement.

‘I will continue to work hard to serve my local community until the election.’

Prime Minister Scott Morrison issued a statement on Friday night saying Ms Flint had been an ‘invaluable member of the Liberal team and my government’.

‘The public attention from being a parliamentarian does sometimes attract unacceptable behaviour, and I have admired Nicolle’s efforts to stand against the bullying and nastiness of particular groups and individuals,’ Mr Morrison said.

‘I wish her all the best for what comes next.’

Ms Flint’s Boothby electorate is held by a margin of 1.4 per cent.