A young family has been welcomed into a new area with a rude expletive-filled note from a furious neighbour.

The homeowners got off on the wrong foot with neighbours after they had an alarm installed before they moved into the new home in Auckland.

Unbeknown to them, one of the sensors was faulty and set off the alarm one night shortly before they moved in to the house in Avondale, in the city’s west.

Inundated with noise complaints and no way of contacting the homeowners, police eventually turned up hours later with a locksmith to enter the house to disconnect the alarm.

The new residents had no idea of the drama until they arrived at their new abode to find a harshly-worded printed note on their doorstep. 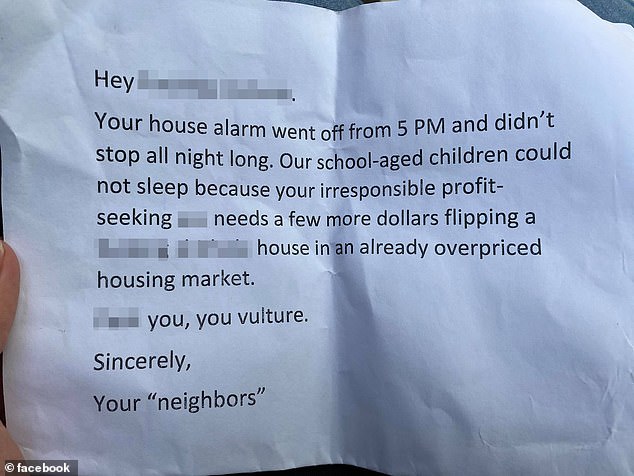 ‘Your house alarm went off from 5pm and didn’t stop all night long.

‘Our school-aged children could not sleep because your irresponsible profit-seeking a** needs a few more dollars flipping a f**king s**thole house in an already overpriced housing market.

The harsh note was shared with a local Facebook group, which brought the administrator to tears.

‘Mistakes happen. Take a breath and try not to make assumptions,’ the administrator began the post.

‘This person is a new homeowner who is stretched to get a home for their family, not a speculator, as assumed by the writer of this note. You could be neighbours for a long time to come.’

He was told by the homeowners they were ‘gutted’ by the note and embarrassed by what happened. 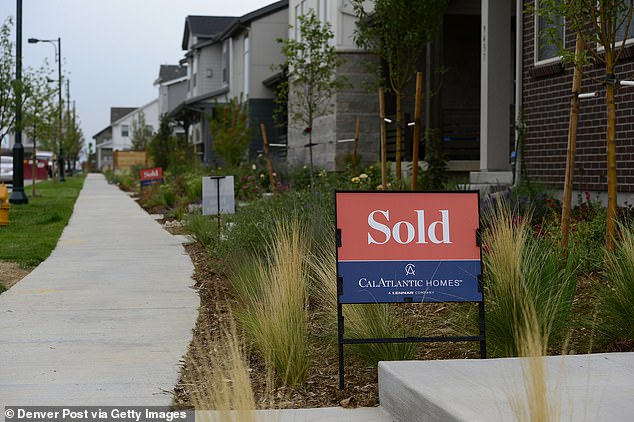 The couple added they’ve since apologised in person to their neighbours, who were all ‘lovely.’

‘We’re a family with young children so I’m dismayed at causing someone else’s children unrest,’ they told the page administrator.

‘Whoever wrote us this note caused a lot of hurt and we are not investors who’ve flipped anything but are a family who’ve signed on for a huge 30 year mortgage in this overpriced market in hope of owning somewhere to bring our kids up in.’

The Facebook post and note shocked many viewers who commented, which was inundated with support for the homebuyers.

But others were sympathetic to author of the note.

‘Twelve hours of no sleep because of the alarm – you can understand why the letter was written,’ one man wrote.

‘Next time maybe introduce yourself to neighbours first and give them your number to contact.’

Study supports the secret of the benefit of “papay food” super!