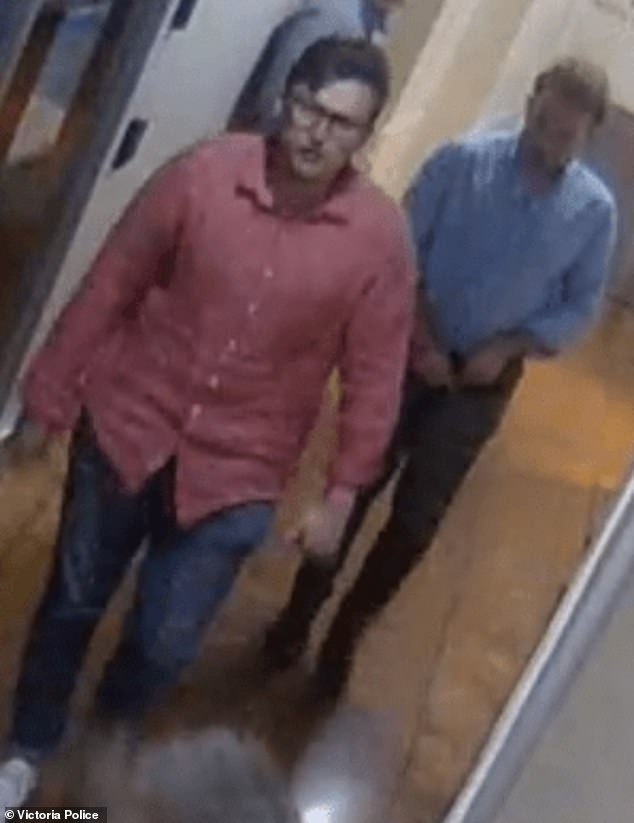 A man has been knocked unconscious by two men who savagely beat him in the toilet of a restaurant.

The victim, a 56-year-old man, left a restaurant in Melbourne’s Southgate at around 6.30pm on January 16 and went to a restroom inside the complex.

It was there the middle-aged man got involved in a verbal dispute with two other men he did not know.

CCTV footage obtained by 7News shows the victim trying to leave the bathroom but being pushed down the corridor before on tried to put him in a headlock.

When he tried to leave, the men then pushed the victim against the wall causing him to fall to the ground.

He cracked the back of his head as a result and became unconscious, and did not wake up until his attackers had left. 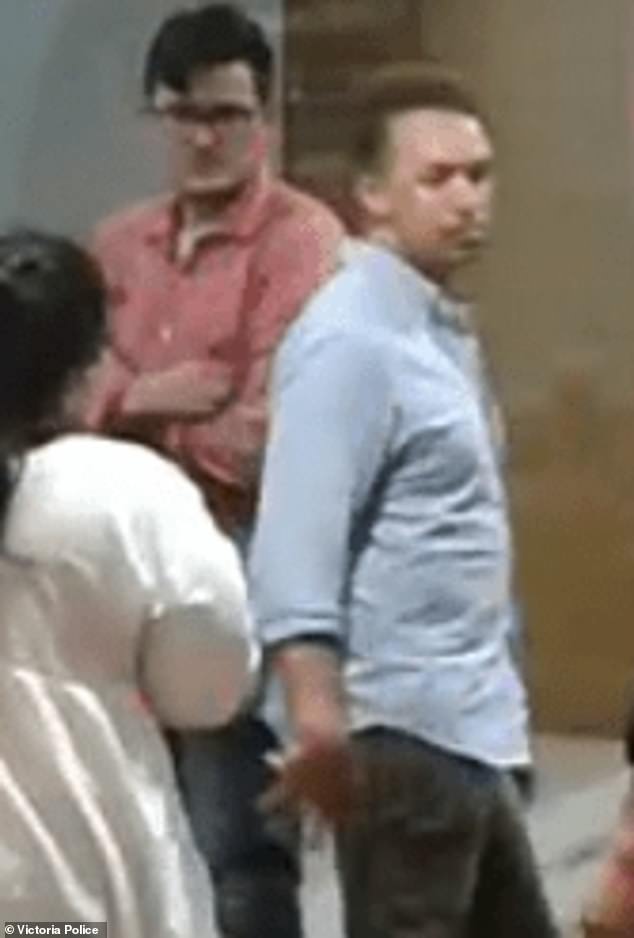 Victorian Police released photos of two men they want to speak with to help with the investigation.

One is a white male in his 30s, about 182cm tall with a solid build and brown hair, and was wearing a red or pink short-sleeved button-up shirt.

Other man is in his 30s, about 173cm tall with a slim build with brown hair, and was wearing a pale blue long-sleeved shirt and jeans. 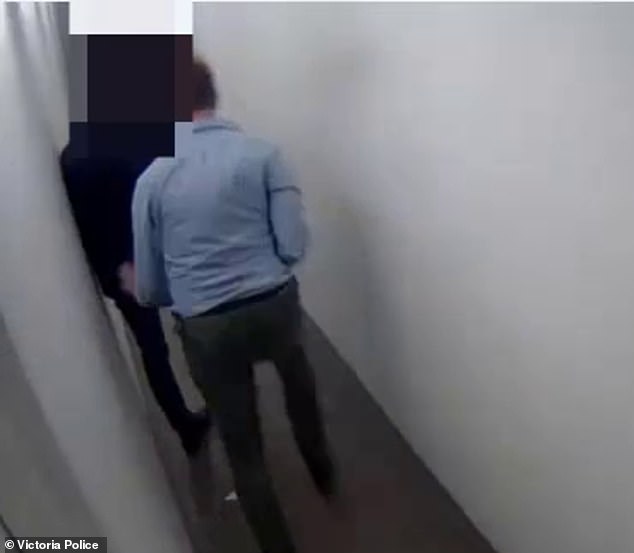 The victim fell to the ground and broke the back of his head, becoming unconscious. Pictured: one of the men (blue shirt) pushing the victim down the corridor

The moment of detonation of 3 giant concrete chimneys in a power station in America .. Video

US police are looking for evidence in the Nashville city bombing