‘One dead and several injured in gun and suicide bomb attack at Vienna synagogue’: Huge manhunt underway as gunman rampages through streets and ‘accomplice blows themselves up’ with police ordering the public to stay away from public transport

At least one person is thought to have been killed with several others injured in a suspected gun and suicide attack near a synagogue in Vienna.

A huge manhunt is underway for the gunman, according to local reports, with an accomplice thought to have ‘blown themselves up’ during the rampage.

Kronen Zeitung, Austria’s largest newspaper, is reporting the incident as a terror attack, with a police officer said to have been shot and left in a critical condition.

Though Vienna police have yet to official confirm the nature of the incident, they are ordering the public to stay away from the city centre and public transport

Shocking social media footage believed to be taken near the scene showing people ducking and weaving as they run for cover, with shots ringing out. 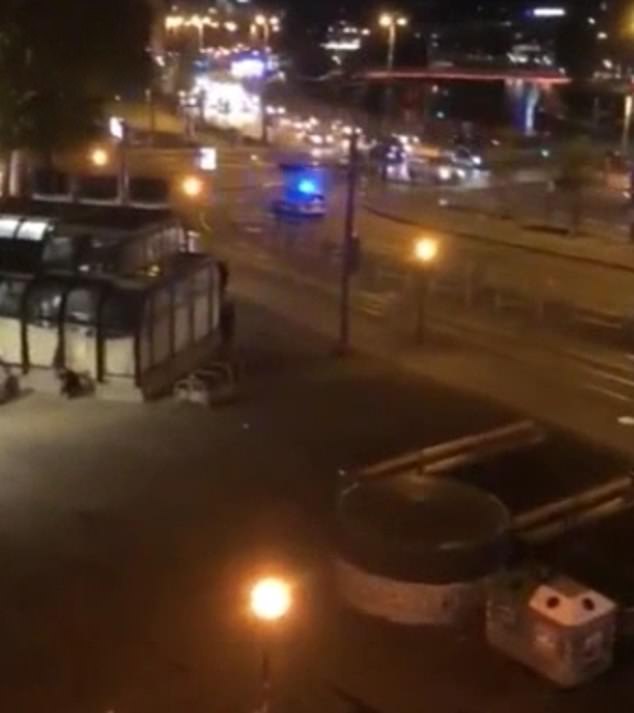 Shocking footage believed to be taken near the scene showing people ducking and weaving as they run for cover, with shots ringing out

Another Austrian newspaper reported that the attack was on the street that houses the city’s main synagogue.

Vienna Police tweeted: ‘Around #InnnerenStadt there were several exchanges of fire. There are several injured people. We are on duty with all possible forces. Please avoid all public places in the city.’

UK Government's forecast of 4,000 coronavirus deaths per day 'could be FIVE TIMES too high'