Should Tottenham fans be worried about Gareth Bale’s lack of action under Jose Mourinho?


Tottenham fans have been hit with a slight reality check following the return of prodigal son Gareth Bale, who is yet to hit the ground running under Jose Mourinho.

It’s been just over two months since the Welshman returned to the club he left for Real Madrid seven years ago, with supporters hoping to see a repeat of his heroics from his last season at White Hart Lane.

And while Bale brought the feel-good factor and a lot of promise back to a club that was very much in need of it, there is now the desire to see the forward start delivering on a more regular basis. 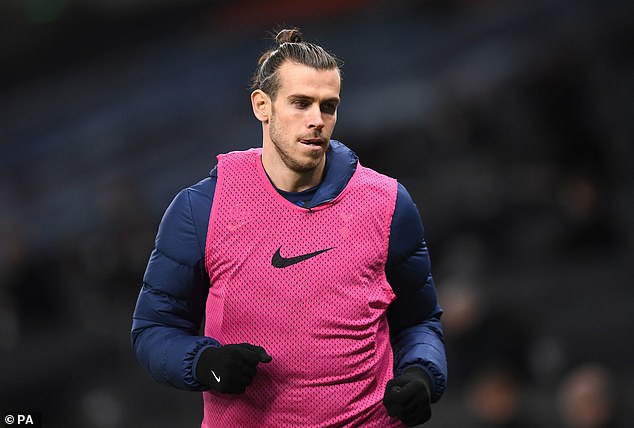 He was greeted by a royal fanfare when he and Sergio Reguilon arrived at the club’s training ground after they completed their respective moves from Real Madrid in September, but it would be three more weeks until fans got to see him in action due to an injury he picked up while on international duty.

Supporters were robbed of the chance to welcome him home in person when he came on to make his second debut in the spectacular 3-3 draw against West Ham, which saw him squander an opportunity to surely wrap up all three points before Manuel Lanzini’s stunning equaliser in the dying moments.

Since then, Mourinho has cautiously integrated Bale back into the team by offering him minutes in all four of the club’s Europa League group stage games, where he has averaged an hour’s worth of football in each of those matches. 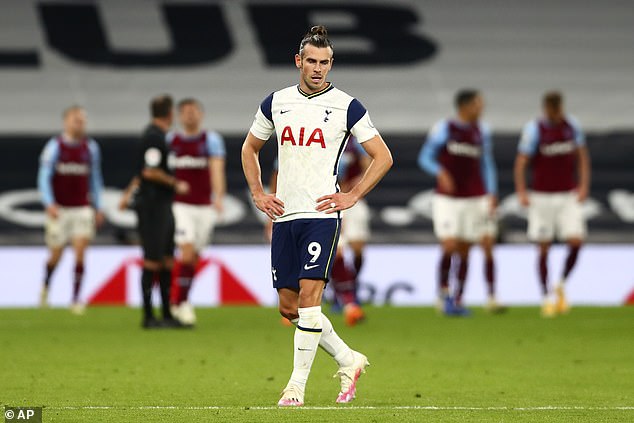 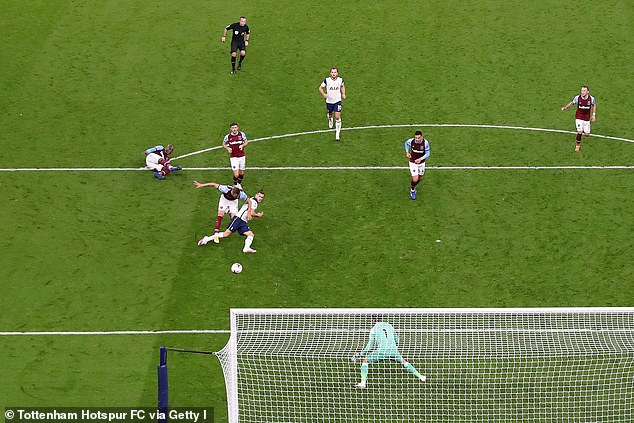 However, while the Welshman has shown glimpses of quality, there’s an underlying feeling that more is expected from him especially when you consider the wages that are being paid for him and the quality of opponent he is currently facing in Europe.

In his seven games for Spurs this season, Bale is yet to complete a full 90 minutes and he continues to be used sparingly in the league.

Bale did manage to win all three points for Spurs in their game against Brighton earlier this month after he headed in a late winner, but that has been his only goal contribution thus far.

Questions were raised when he failed to feature in either of Spurs’ biggest games this season, after he was left on the bench for their impressive win over Manchester City, and more recently the goalless stalemate with Chelsea on Sunday. 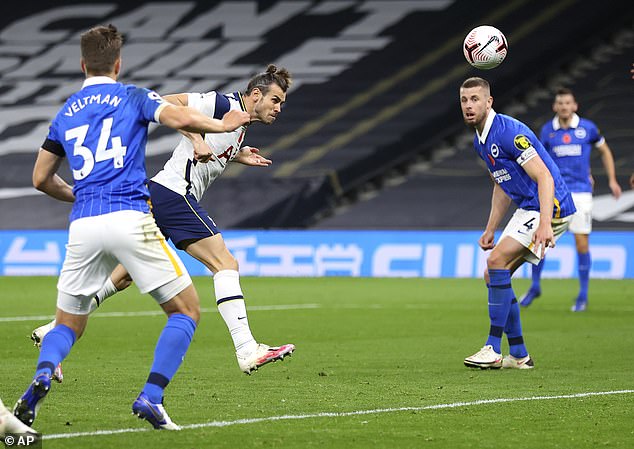 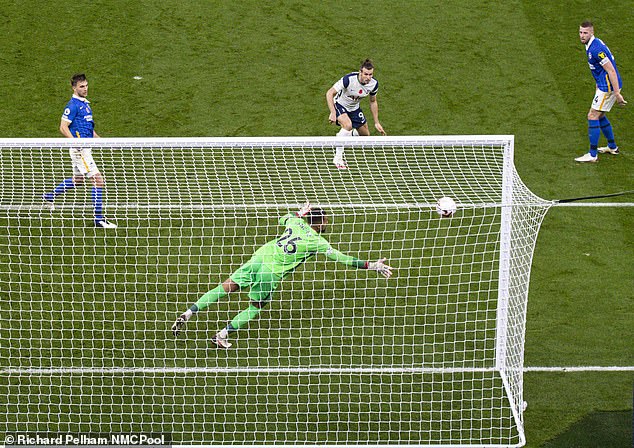 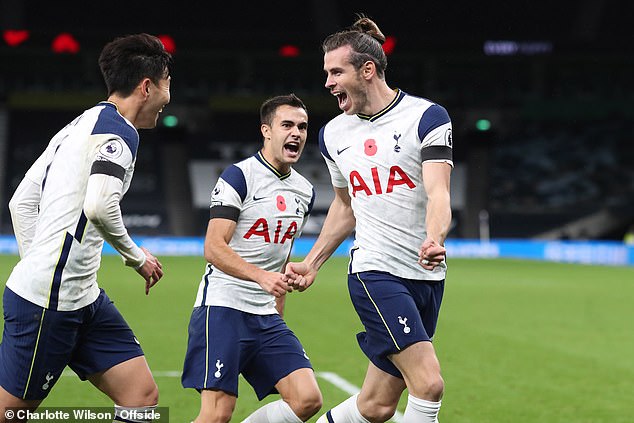 It has been Bale’s best, and only real, contribution yet in the seven games he’s played so far

It did appear that Mourinho was ready to chuck Bale on against City but an injury to Toby Alderweireld saw the Spurs boss quickly change his plans and turn to Joe Rodon instead.

Bale took the decision well and was seen smiling and joking with team-mates after being snubbed for his younger Welsh counterpart with nine minutes left on the clock.

However, at Stamford Bridge, Mourinho decided against using him against the Blues and went with the more youthful Steven Bergwijn in his place.

Tactically, it appeared to be the correct decision with Mourinho deciding to go with an ultra-defensive approach which needs the likes of Bergwijn, Son Heung-min and Harry Kane to press from the front – something Bale isn’t able to do quite just yet.

With Bale still not yet fully fit and carrying a knock from his previous outing against Ludogorets, fans were clamouring to witness the winger in action on Sunday with Spurs needing a little inspiration in attack. 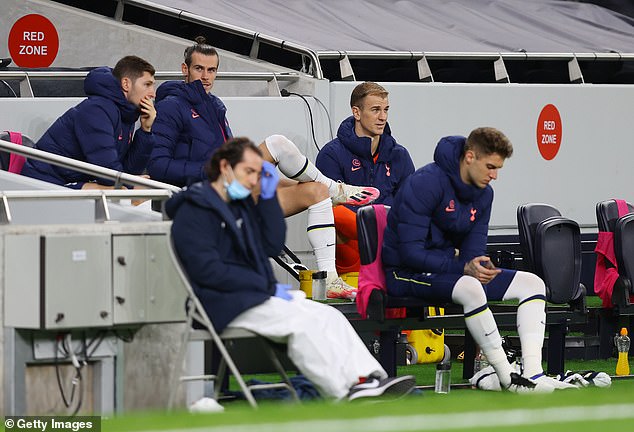 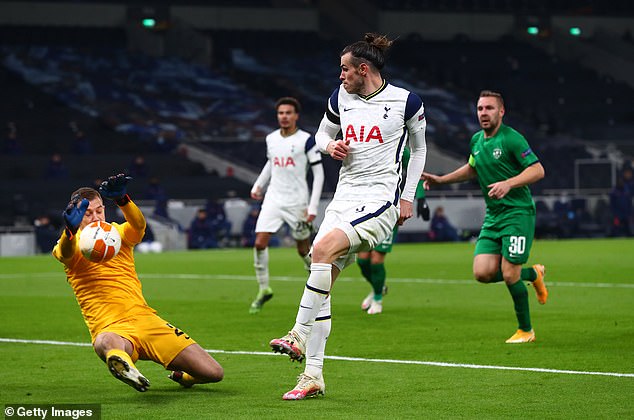 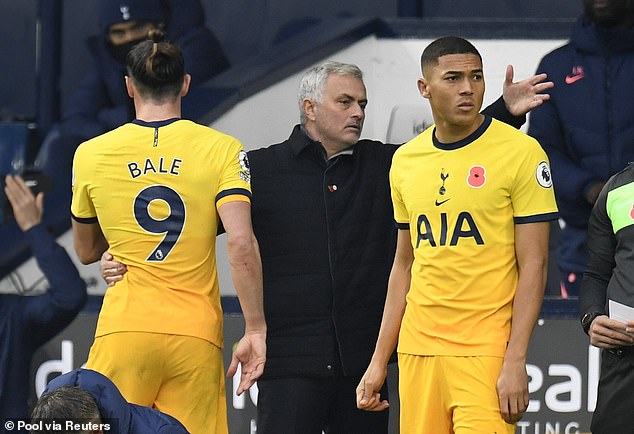 His lack of minutes have also meant he still hasn’t had the chance to fully click with Kane and Son, who have been coping just fine without him.

In 16 games this season, Kane has scored a ridiculous 13 goals and provided 11 assists, while Son isn’t too far behind with 11 goals and five assists in one appearance fewer.

The lethal partnership has guided Tottenham to the top of the table, where they remain unbeaten in nine league games.

Kane and Son’s unrivalled form has come at the perfect time when it comes to Bale getting back to match-fit, which has allowed Mourinho to not force the issue and gently ease him back in.

While Bale is yet to register an assist or make his mark in Europe, the wider impact he has had since arriving is sure to have provided supporters with a boost. 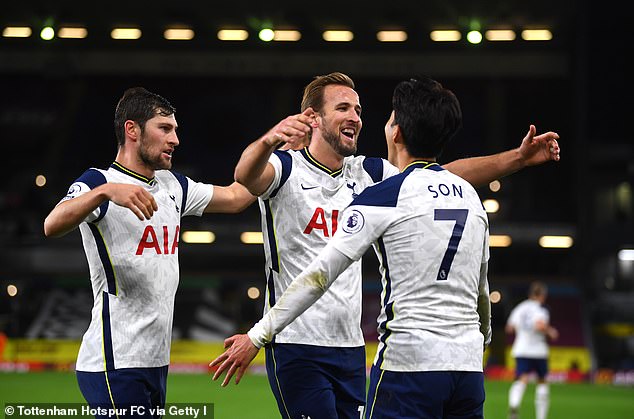 BALE’S STATS BACK AT SPURS THIS SEASON

Kane talked up Bale’s accomplishments as Real Madrid player and believes he has the winning mentality Tottenham need to start winning trophies.

Kane said earlier this month: ‘I’m delighted for Gaz to come on and make an impact and that’s what we need going forward if we want to win games. He’s had to come in and have a pre-season because he hadn’t trained much over lockdown.

‘For him, it’s just about getting fitness and sharpness. We all know what Gaz can do, he’s been doing it at the highest level for many years. He’s feeling fitter and stronger every day that he trains and plays.

‘Not just him, we need every player to make an impact, defensively or in the acting third. Gaz’s done that and we’re delighted.’

It may have been a long wait to finally see Bale back in a Spurs shirt, and while a lack of fitness may have stopped him from producing his best football, fans can expect to see him on a more regular basis in the coming weeks. 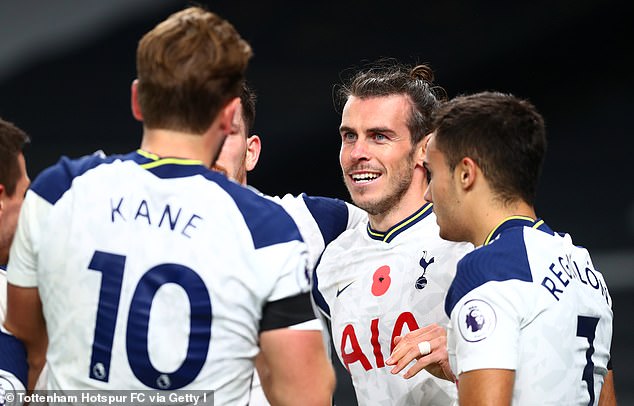 However, with Bale nearing full fitness, he is likely to feature a lot more in the coming weeks

A hectic festive schedule leading up to the new year will see Mourinho call upon the Welshman more frequently as he looks to manage a flurry of games which will be coming thick and fast.

All that is left for Bale is to join Kane and Son in their goalscoring antics, giving fans renewed hope that this year could finally be the year to end the club’s trophy drought.

It’s not all doom and gloom for Bale, just yet.

Only FOUR hospitals are busier than they were last winter, data shows

5 foods that can help you lose weight and boost youth!

Price: (as of - Details) FOR YOUR MOST RUGGED JOBS – YOU REQUIRE A LITTLE...