The handheld video showed one girl being knocked to the floor and kicked in the face at Pirrama Park in Pyrmont about 9.40pm on Saturday evening.

In another part of the footage, one girl was seen being dragged by her hair and thrown over a concrete ledge before being stamped on the head.

Police allege the two groups were arguing before the dispute turned violent. 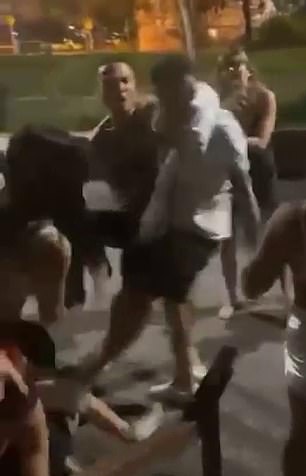 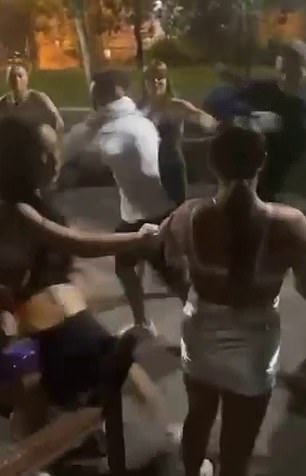 A New South Wales Police spokesman said three men – aged 29, 23 and 21 – have been arrested and charged over the alleged assault.

Riot squad officers were called to the scene as well as those from Sydney City Police Area Command – who arrested the men on Pirrama Road near Murray Street.

A witness and friend of the girls claimed they stepped in to protect their male friends.

‘The worst thing any of us have ever had to see, with my group of 16 YEAR OLD GIRLS having to deal with this horrific situation.

‘Cannot begin to explain what has happened and how much it has affected us. Two of the strongest girls going.’

Police said the older two men were charged with affray and two counts of common assault. 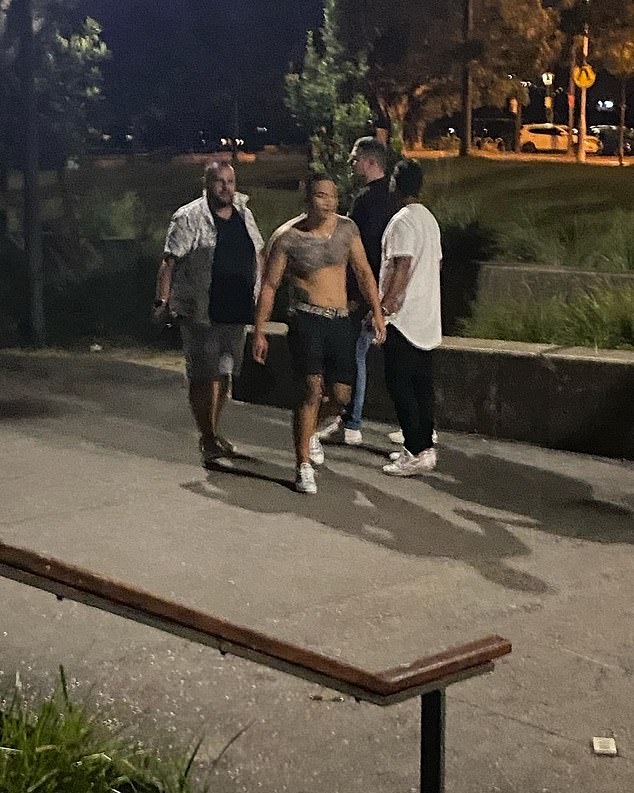 Pictured: Four men at the Pyrmont park.  A witness to the brawl claimed the girls had stepped in to protect their male friends

The younger man was charged with affray and common assault.

All three were refused bail to appear before Parramatta Bail Court on Sunday.

There they were again remanded in custody to appear before Central Local Court on Tuesday,

Lumberjack, 24, doing his 'dream job' was crushed to death by falling tree in Welsh woods...