Simply breathtaking: There was NO full report on the economic impact of new lockdown


Ministers were blasted last night after it emerged they had decided to plunge England into another lockdown without a full assessment of the economic impact.

Tory MPs led by Sir Graham Brady, the chairman of the backbench 1922 Committee, had demanded the release of the Treasury’s assessment of the effect of a shutdown on jobs.

But yesterday Robert Jenrick, the Housing Secretary, admitted that no such document exists.

Backbenchers expressed astonishment that Boris Johnson had taken such a momentous decision without apparently having been presented with predictions on numbers of jobs that could be lost or businesses that could fail.

They said it meant the Prime Minister had not taken a ‘balanced’ judgment and had considered only dire predictions from scientists on the Sage committee on how the NHS would fare without a lockdown. 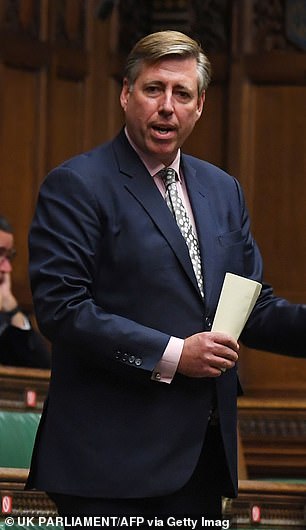 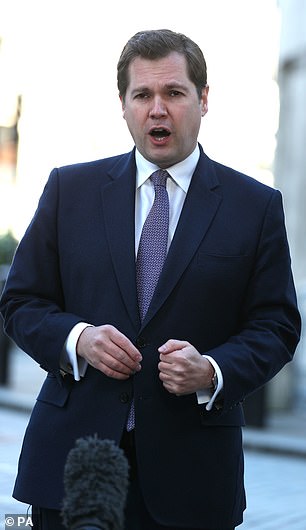 Tory MPs led by Sir Graham Brady (left) had demanded the release of the Treasury’s assessment of the effect of a shutdown on jobs. But yesterday Robert Jenrick (right), the Housing Secretary, admitted that no such document exists

Sir Graham said it was ‘deeply troubling’ that no such impact assessment was available. One business leader said it was a ‘terrible admission’ and that the lockdown would lead to a ‘stratospheric economic cost per Covid case reduced’.

Sir Patrick admitted that the lockdown would have serious economic consequences, but he told MPs it was the job of ministers to balance those against the public health needs.

He said it was an ‘interesting question’ why ministers have refused to publish forecasts on the economic impact of lockdown, adding: ‘The science advice is very clearly public – the other advice is less visible.’

Last night, one economic forecaster said the decision could see unemployment soar to more than 3million. Sir Graham first demanded the release of the impact assessments on Monday, when he challenged Mr Johnson in Parliament. 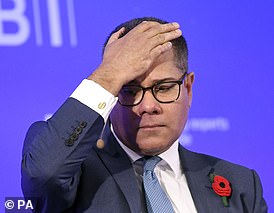 Business Secretary Alok Sharma is facing questions over a trip he made to South Korea after a member of his staff tested positive for Covid-19. Mr Sharma attended a meeting with the aide before they had a positive test and were forced to isolate.

He yesterday defended the decision to continue with the visit to South Korea, with his spokesman saying he had tested negative for the virus before flying out.

The minister flew to Seoul on Saturday October 24 for meetings to boost trade relations between the two nations. Two days earlier he met staff from his private office. One member fell ill on the Sunday and tested positive on Monday.

Other members of staff in the Department for Business had to isolate but Mr Sharma continued with his trip and met members of the South Korean parliament, the Guardian reported.

The minister’s spokesman said: ‘Mr Sharma has followed all of the Government’s guidelines at all times.’

And yesterday morning, the Treasury select committee called for the Chancellor to release the analysis before MPs vote on the lockdown restrictions today.

Its Tory chairman, Mel Stride, said: ‘To aid our inquiry, and also to assist MPs ahead of the vote on Wednesday on new lockdown measures, it would be helpful if the Treasury published the work that it has carried out in respect of the various interventions considered by the Government.’

Mr Jenrick was repeatedly asked by TalkRadio host Julia Hartley-Brewer whether there was an impact assessment.

Asked the first time, he said merely: ‘Well the Government does take advice, the Chancellor’s officials at the Treasury are constantly assessing the economic harms. ‘We take advice from the Office for Budget Responsibility, the chief economist at the Treasury, so those thoughts are very uppermost in our minds.’

When the host tried a fifth time, Mr Jenrick said: ‘There’s not a specific document if that’s what you’re asking.’

Last night, Sir Graham said: ‘It is normal practice to publish an economic impact assessment before legislation and this measure is one of the most important.

A full impact assessment looking at the economic, mental health and health costs as well as any benefits attained by the lockdown should be published by MPs looking to exercise their judgment in the vote.

‘But it ought to have been the basis on which the Government formulated policy.’

Former Tory leader Iain Duncan Smith added: ‘In what is perhaps the biggest decision ever made in peacetime, it is not right that it is made on the basis solely of scientific advice. The problem with all this is we lose balance unless we see both sides.’

In a letter to Chancellor Rishi Sunak, Mr Stride referred to official minutes of a September 21 meeting of the Sage panel which disclosed that work has been carried out to examine the potential economic impact.

Sir Rocco Forte, chairman of Rocco Forte Hotels, said: ‘I’m very critical of the fact that the Government has done no economic impact assessment. They are using statistics to suit a narrative and not looking at the long term effects, which will result in huge job losses and an enormous impact on people’s health and wellbeing.’

In a Commons committee hearing, he said: ‘If the advice is that the NHS capacity is likely to be overrun within weeks, that is quite difficult advice to gainsay. It’s not really optional advice, is it?’

The Prime Minister’s official spokesman said yesterday: ‘Detailed consideration was, of course, given to the impact on the economy and a substantial package of support was put in place.’