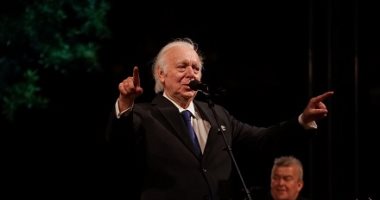 One of the most popular artists in Portugal, Carlos de Carmo, died Friday, Friday at the age of 81.

De Carmo was born in Lisbon in 1939 and retired from the stage last year after a long career during which he performed fado music around the world. He became the first Portuguese artist to receive a Latin Grammy Award in honor of his career in 2014.

And Portuguese media reported that he passed away on the morning of the first day of the new year in Santa Maria Hospital in Lisbon, after suffering an aortic aneurysm.

Prime Minister Antonio Costa wrote on Twitter, “Carlos de Carmo was not only an outstanding fado singer … One of his greatest contributions to Portuguese civilization was the renewal of fado and its preparation for the future.”

Du Carmo performed fado music on the world’s biggest stages, from Albert Hall in London to Town Hall in New York. He also supervised a film about this musical genre that premiered at the Toronto Film Festival in 2007.

Immediately after his death was announced, many lamentations were posted on social media. And the Portuguese Navy wrote on Twitter on Friday that Lisbon, the city that inspired de Carmo to compose his most important and famous song, “woke up today sadder.”

The Olympics WILL go ahead in 2021, insist Japan

Iranian Foreign Ministry Spokesman: Tehran's response will be overwhelming to all who approach the red lines

Pros and Cons To Consider While Investing In Cryptocurrency