The ‘stepson’ of murdered multi-millionaire hotelier Sir Richard Sutton will appear in court this morning charged over his death.

He is the son of Sir Richard’s long-term partner, Anne Schrieber.

Dorset Police had received a report raising concern for the welfare of the occupants of an address in Higher Langham near Gillingham at 7.30pm on April 7. 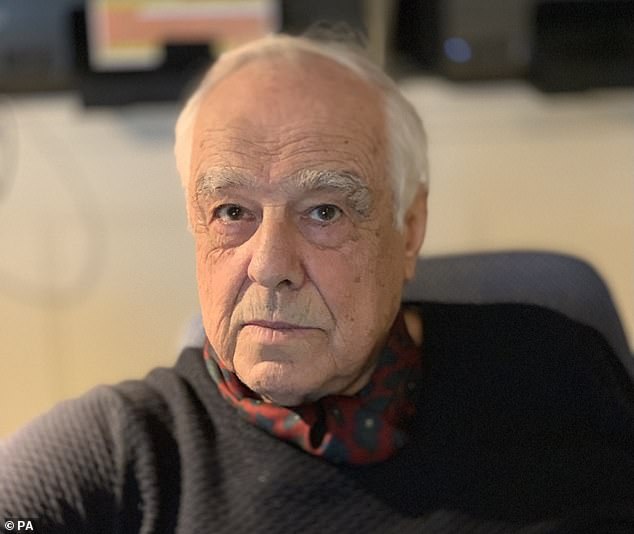 Sir Richard Sutton, who owned a string of top hotels in London, and died last Wednesday 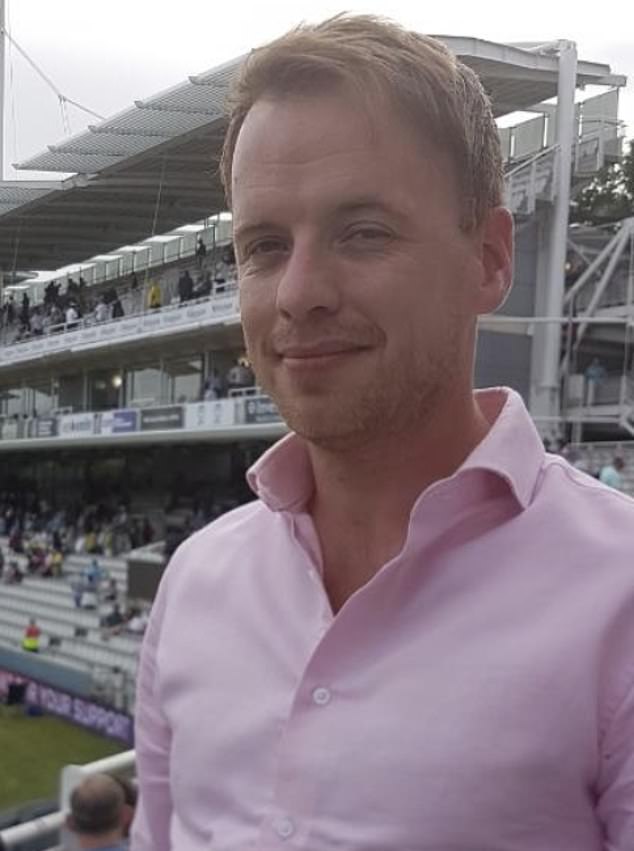 Thomas Schreiber (pictured above), 34, was detained on Wednesday night and has been charged with murder, attempted murder and dangerous driving and is due before magistrates in Poole on Monday 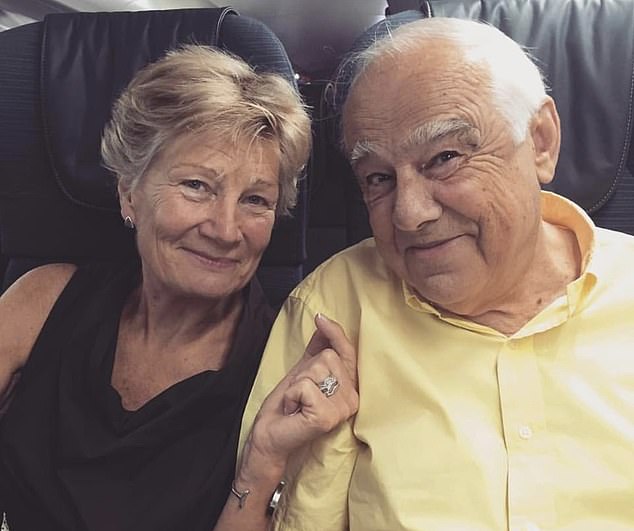 When officers attended the property they found Sir Richard, who owned a string of top hotels in London, and a woman aged in her 60s – named as Ms Schreiber – with serious injuries.

The force said it is believed both had sustained stab wounds.

Paramedics attended the scene but Sir Richard, 83, was pronounced dead at around 9.15pm.

An initial post-mortem examination conducted on Friday indicated that the cause of his death was stab wounds to his chest. 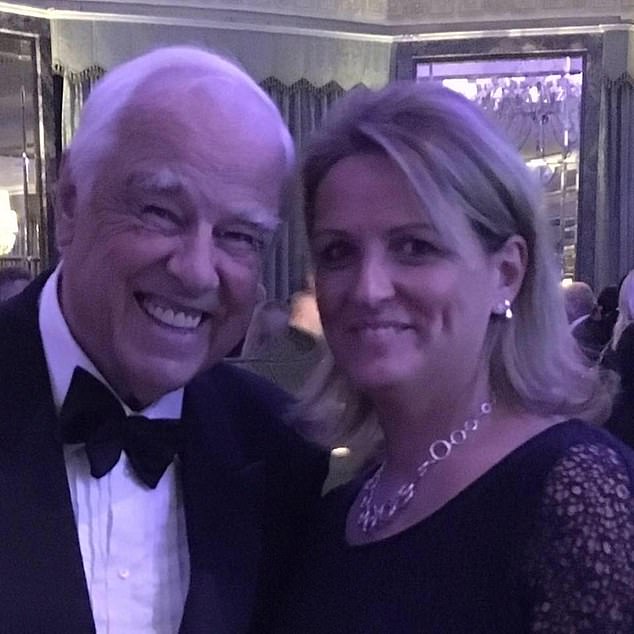 The millionaire landowner, who is divorced from first wife Lady Fiamma Sutton, has two children, son, David, 61, and daughter, Caroline, 55, (pictured) as well as five grandchildren 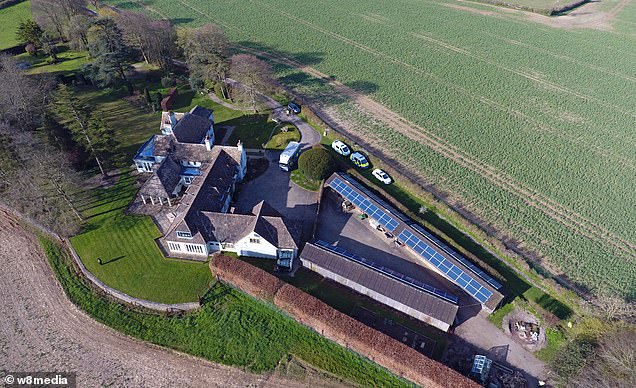 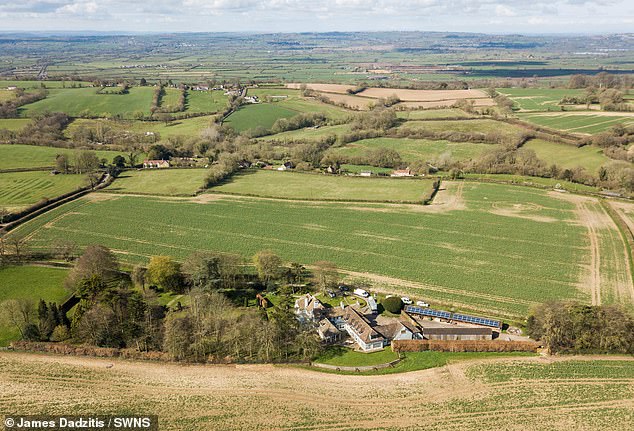 A wider view of the estate. Sir Richard’s wealth was put at £301 million in May 2020, placing him 435th on The Sunday Times Rich List

Sir Richard Sutton: Baronet and hotelier with 7,000 acres of land and a £301million fortune

Sir Richard Lexington Sutton, 83, is estimated to be worth £301million and owns around 7,000 acres of land across the UK.

He is a baronet, a hereditary honour awarded by the monarch. It is the lowest-ranking hereditary title, but baronets are able to use the prefix ‘sir.

The Sutton Baronetcy of Norwood Park in the County of Nottingham, dates back to October 1772.

It was created by King George III for politician Richard Sutton. He was the second surviving son of the distinguished diplomat Sir Robert Sutton.

The latter was the grandson of Henry Sutton, brother of Robert Sutton, 1st Baron Lexinton. In the late 19th and early 20th century, the family seat was at Benham Place. However, the house was sold in 1982.

Sir Richard became the ninth baronet of Norwood Park, Nottingham, in 1981, after inheriting the title from his father.

Sir Richard was listed at number 435 in The Sunday Times Rich List in 2020 with an estimated family fortune of £301 million – a rise of £83 million on the previous year.

He owned the Sheraton Grand on London’s prestigious Park Lane and the Athenaeum in Piccadilly, in addition to other hotels in Bath, Cheltenham and Windsor, and land in Dorset, Berkshire, London, Lincolnshire and Aberdeenshire, and several farming and property businesses.

His landholdings include the Benham Estate in West Berkshire and the Stainton Estate in Lincolnshire.

A man was arrested on suspicion of murder in the Hammersmith area of London on the evening of April 7.

He was taken to hospital for treatment to injuries not believed to be life-threatening and was subsequently taken into police custody.

Detective Inspector Simon Huxter, of Dorset Police, said: ‘Our thoughts remain with the victims’ family and all of those affected by this terrible incident.

‘Following a detailed investigation, we have consulted with the Crown Prosecution Service.

‘As a result, Dorset Police have been authorised to formally charge Thomas Schreiber with the murder of Sir Richard, attempted murder of the injured woman and dangerous driving.

‘It is important to stress that it would be entirely inappropriate for Dorset Police to comment further ahead of the trial. It is vital that the criminal justice system is allowed to follow its course.’

A spokesman for Sir Richard Sutton Ltd described Ms Schreiber as ‘a hugely important part of Sir Richard’s life’ and wished her ‘a swift and full recovery’.

She was airlifted to Southmead Hospital in Bristol following the incident and remains there in a critical condition.

The spokesman added: ‘Though separated, Sir Richard also remained on good terms with his wife, Lady Fiamma, and very close to their children, who are mourning the loss of a devoted father.

‘Employees across the group have been united in their shock at what has happened and will need time to come to terms with the loss of such an influential figure.’

Sir Richard was listed at number 435 in the Sunday Times Rich List last year with an estimated family fortune of £301million – a rise of £83million on the previous year.

He had an extensive property and farming portfolio, including the 6,500-acre Benham Estate in west Berkshire and the Stainton Estate in Lincolnshire.

Shaunagh Brown column: England will rise to the occasion in the Women’s Six Nations final