Sir Sean Connery’s career in pictures: From 1950s to noughties, the 007 icon’s other notable roles

After catapulting to fame as the first ever James Bond, Sir Sean Connery had a glamorous and varied Hollywood career spanning 50 years which secured him prestigious awards including an Oscar and two Baftas.

After his first major appearance in 1957 British gangster film No Road Back, the former milkman became a Hollywood star as the first James Bond in 1962 film Dr No.

In August 2020 he was voted the best ever Bond, seeing off competition from stars including Daniel Craig, Roger Moore and Pierce Brosnan in the poll for RadioTimes.com.

Most of his subsequent successes were as part of ensemble casts, in films such as The Man Who Would Be King, Murder On The Orient Express and A Bridge Too Far.

In the 1980s a slipping career was revived with Brian De Palma’s The Untouchables (1987), with his role as a tough gang-busting Irish policeman who mentors Kevin Costner’s Eliot Ness winning him an Academy Award for best supporting actor.

In 1988 he won his first British Academy Film Awards (Bafta) for his role as a Franciscan friar in European mystery drama The Name of The Rose, and a decade later was recognised as one of the silver screen greats by a Bafta Fellowship Award for lifetime achievement.

Sir Sean also starred as the father of the leading role in Indiana Jones and The Last Crusade in 1989, and received a Bafta nomination for best supporting actor.

The 1990s brought performances in The Hunt For Red October (1990), Dragonheart (1996) and Entrapment, where he played the villain as art thief in 1999 love story/thriller with Catherine Zeta-Jones, which Sir Sean also produced.

In 2006, Sir Sean received the American Film Institute’s Lifetime Achievement Award, when he confirmed his retirement from acting.

Following the 007 icon’s death at the age of 90, below is a look back at his highlights on screen from the 1950s to the noughties. 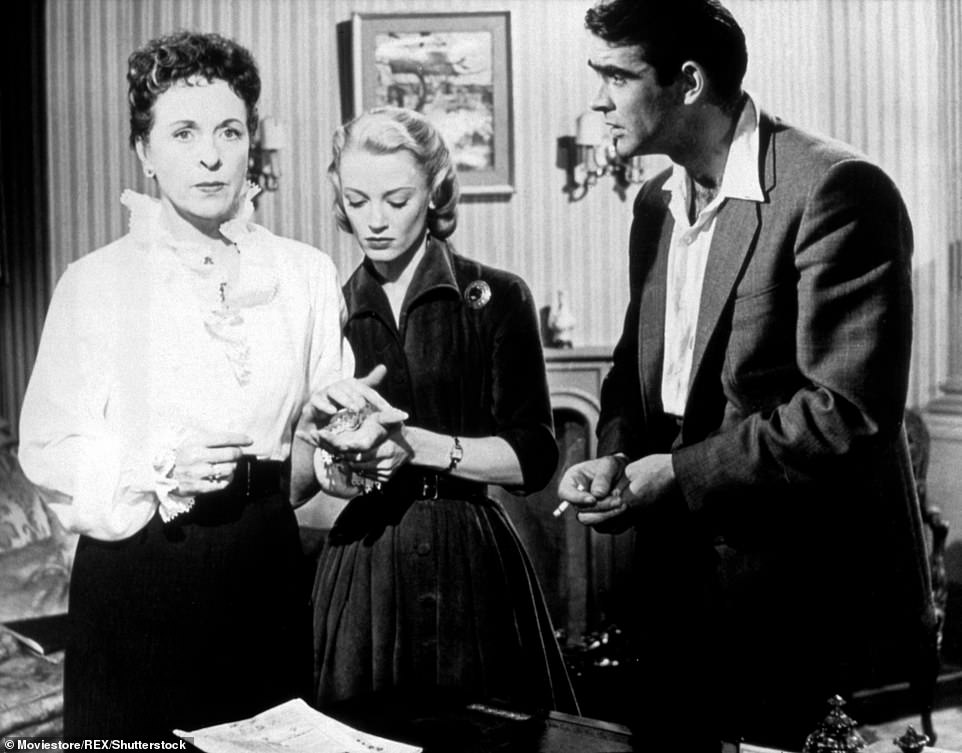 1957: Margaret Rawlings and Sean Connery in No Road Back, a British crime film that was directed by Montgomery Tully 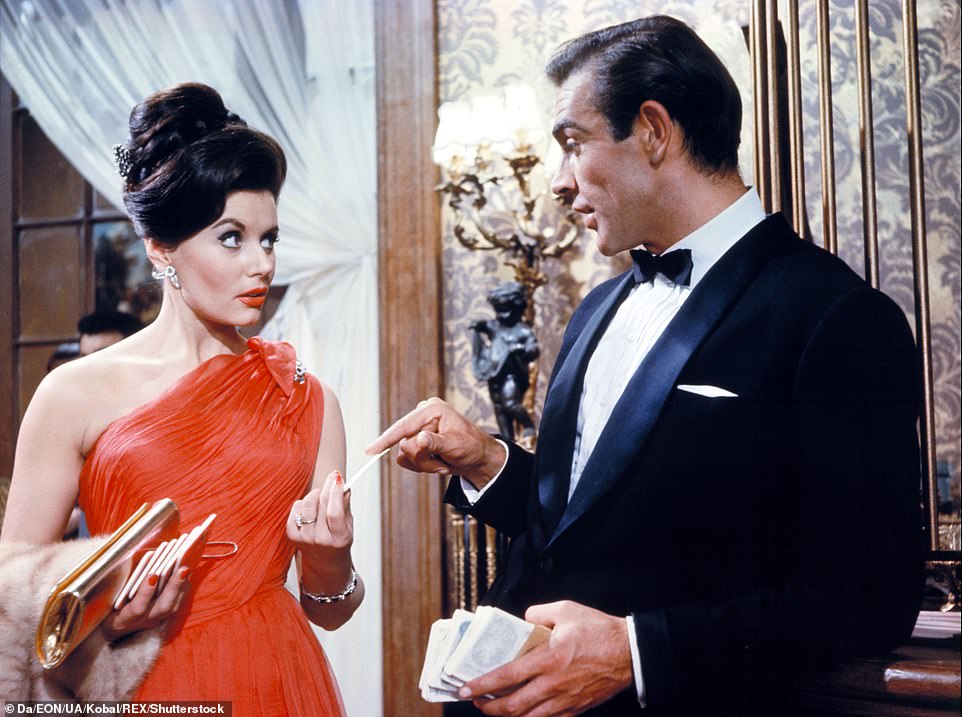 1962: Eunice Gayson and Sean Connery as the first James Bond in a scene from the film Dr No, directed by Terence Young 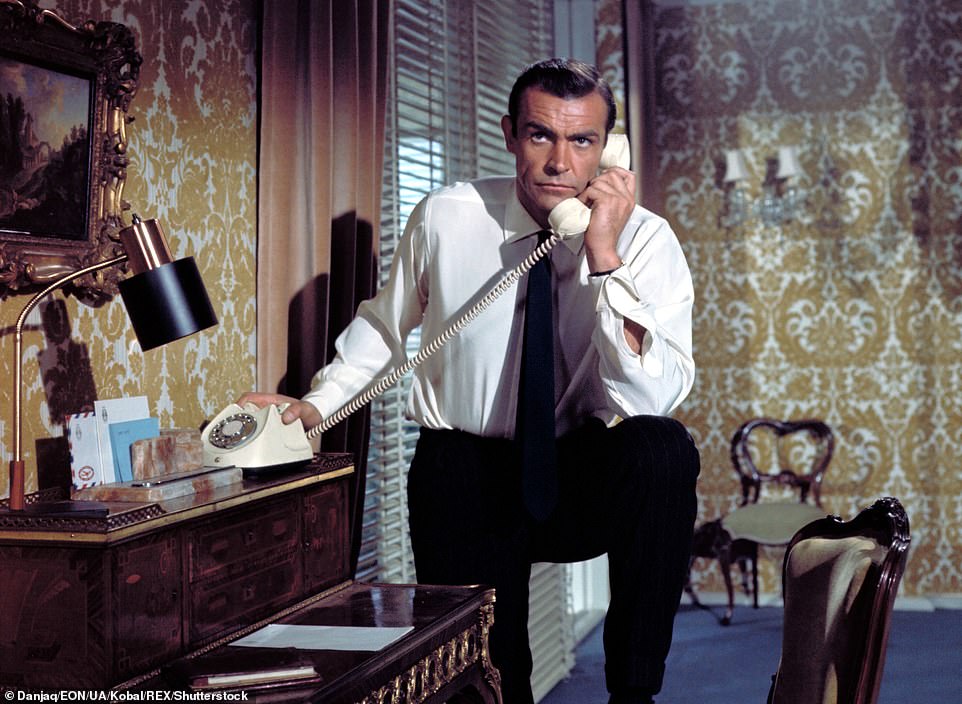 1963: Connery in the film From Russia with Love, the second in the James Bond Series produced by Eon Productions 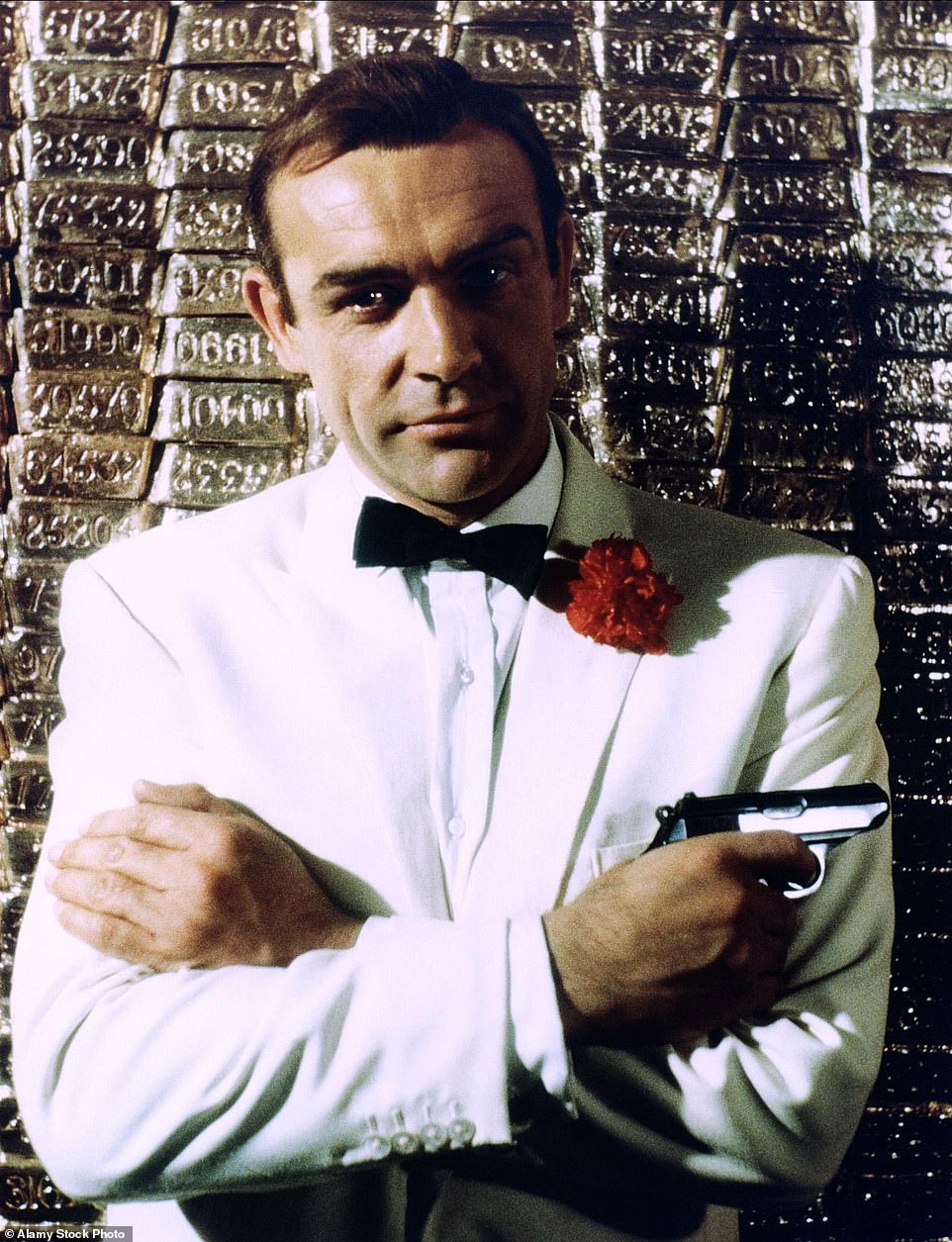 1964: Connery starring in Goldfinger, the third installment in the James Bond series and based on the 1959 novel 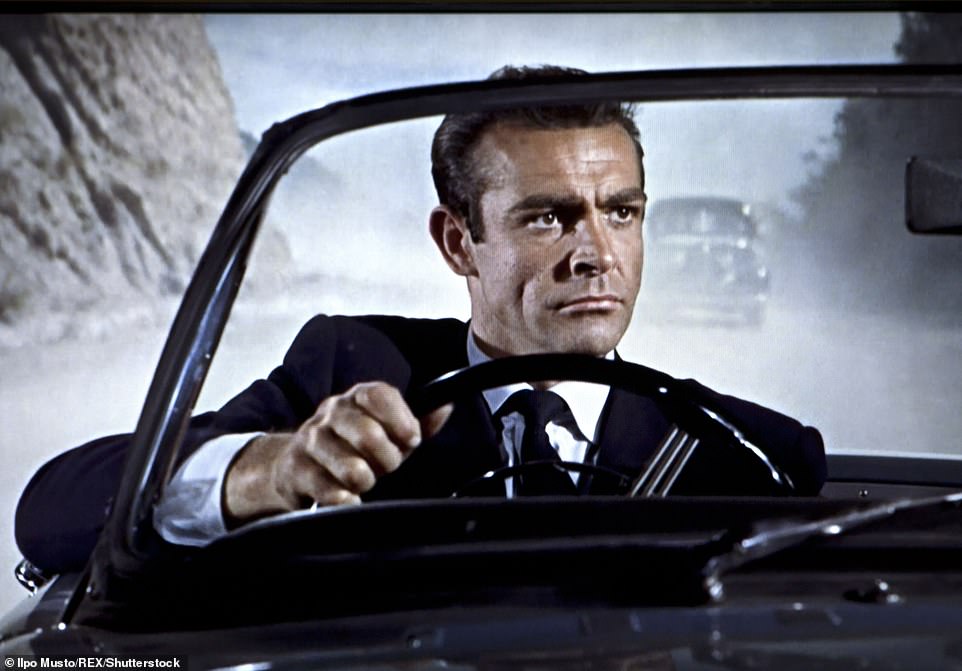 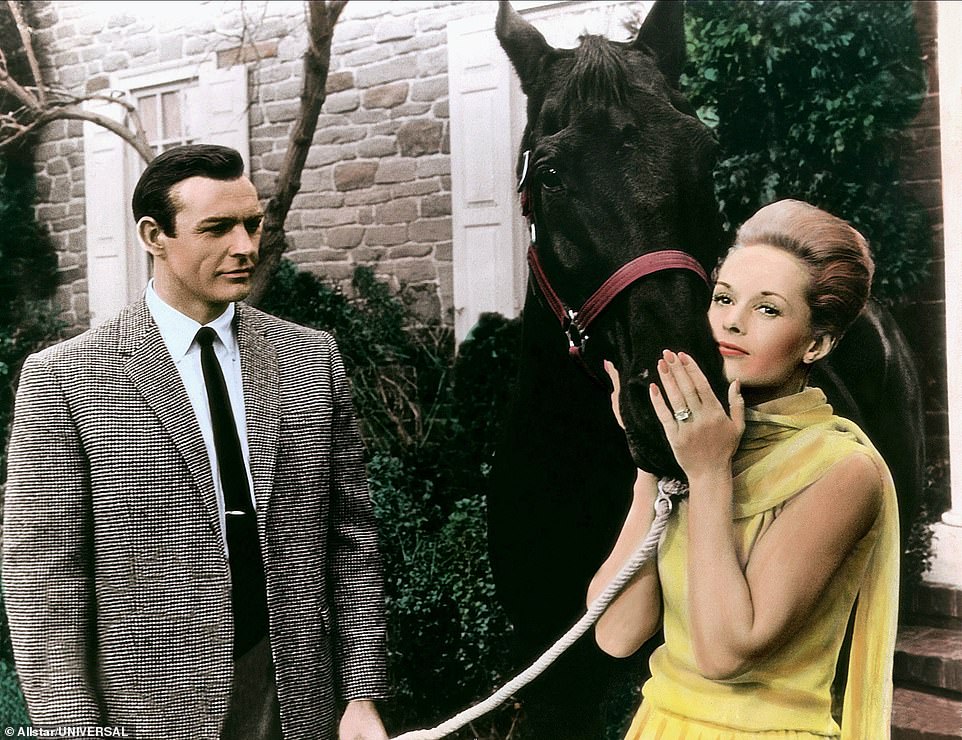 1964: Connery as Mark Rutland and Tippi Hedren as Marnie Edgar in the film Marnie, directed by Alfred Hitchcock 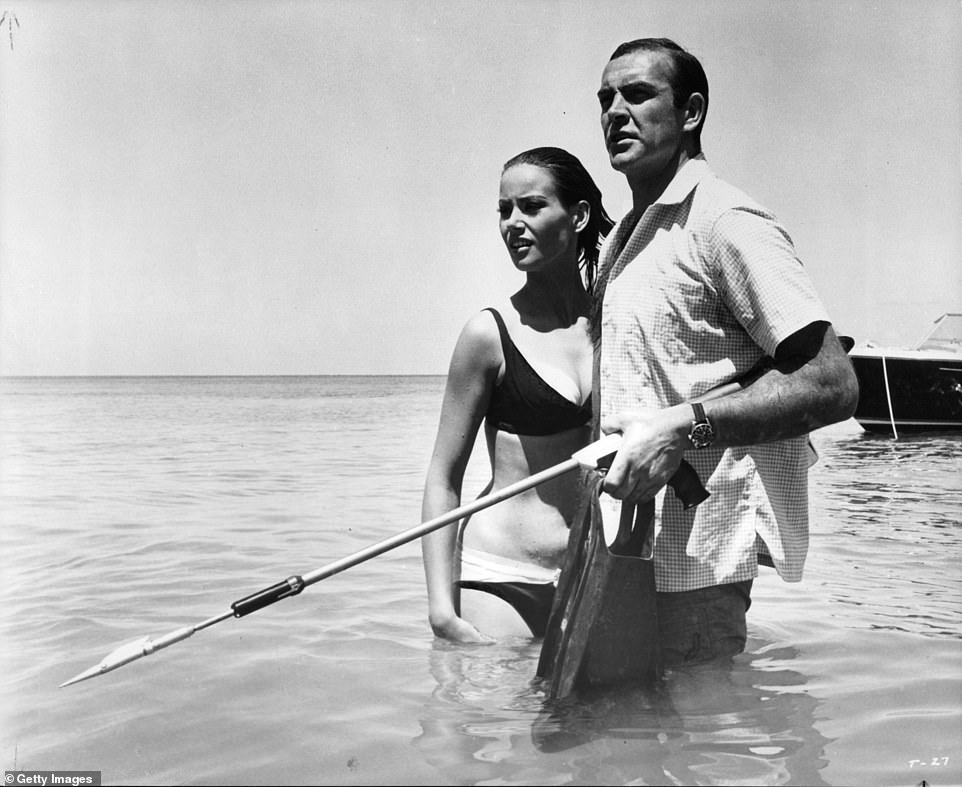 1965: Claudine Auger standing with Connery in the water in a scene from the film Thunderball, the fourth in the Bond series 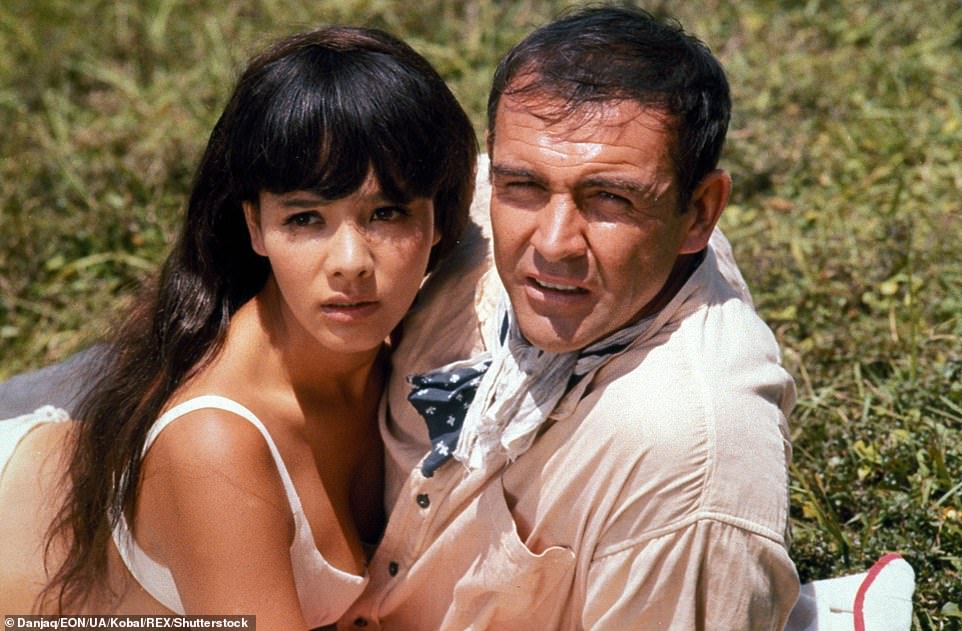 1967: Mie Hama and Connery pictured in You Only Live Twice, the fifth in the James Bond series produced by Eon Productions 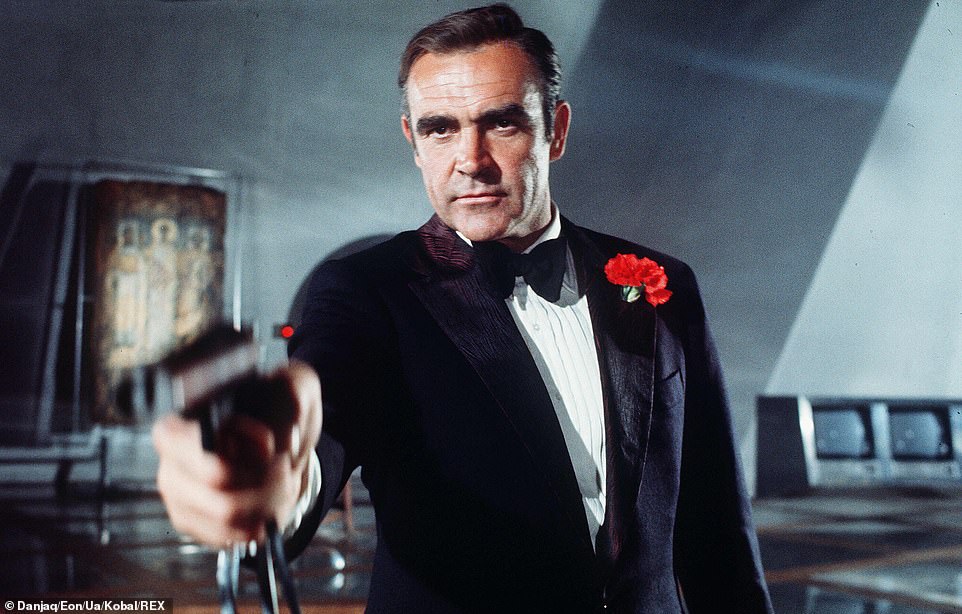 1971: Connery starring as Bond in Diamonds Are Forever, the seventh film in the series and directed by Guy Hamilton 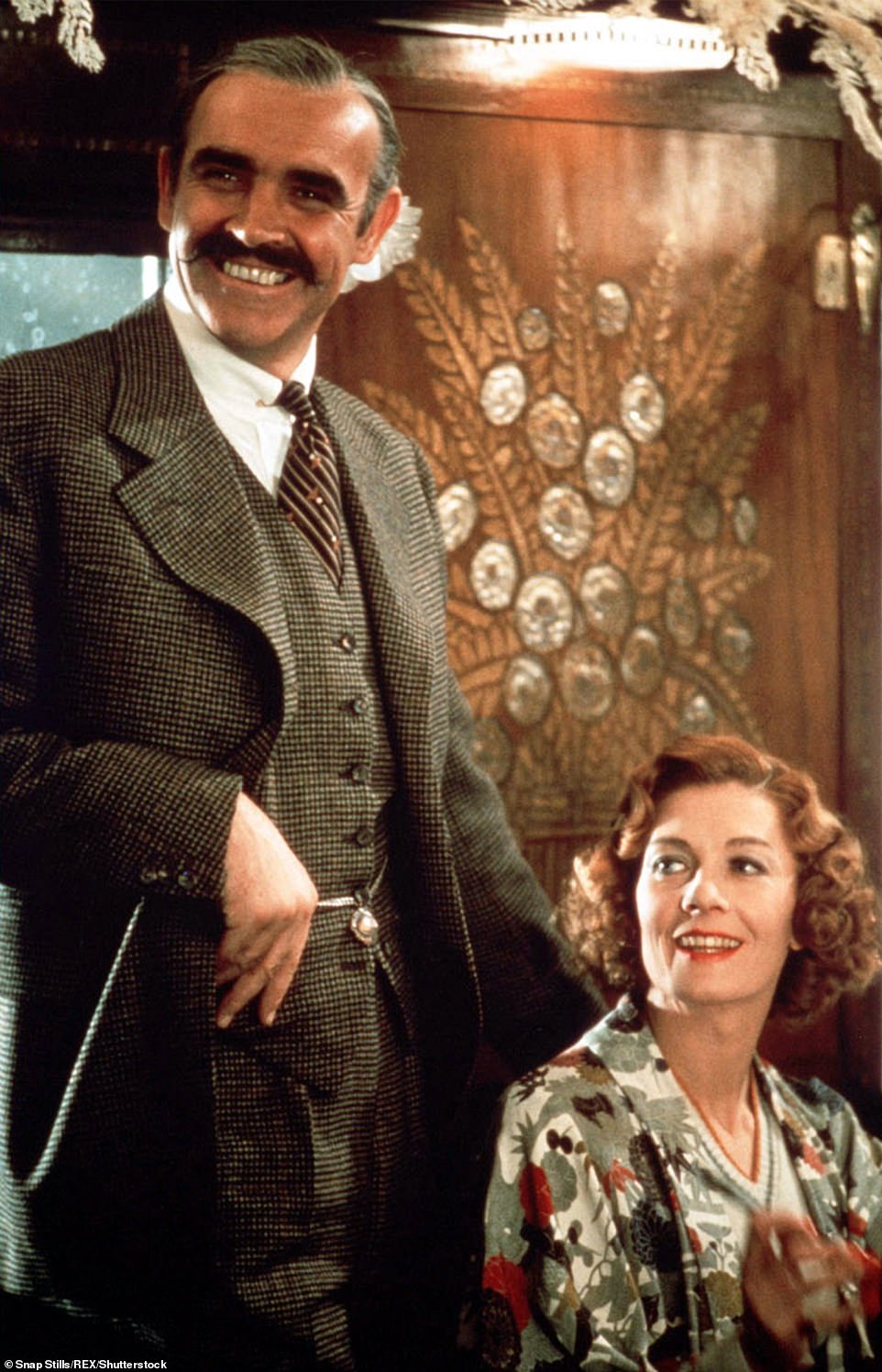 1974: Connery and Vanessa Redgrave starring in the film Murder on the Orient Express, based on an Agatha Christie novel 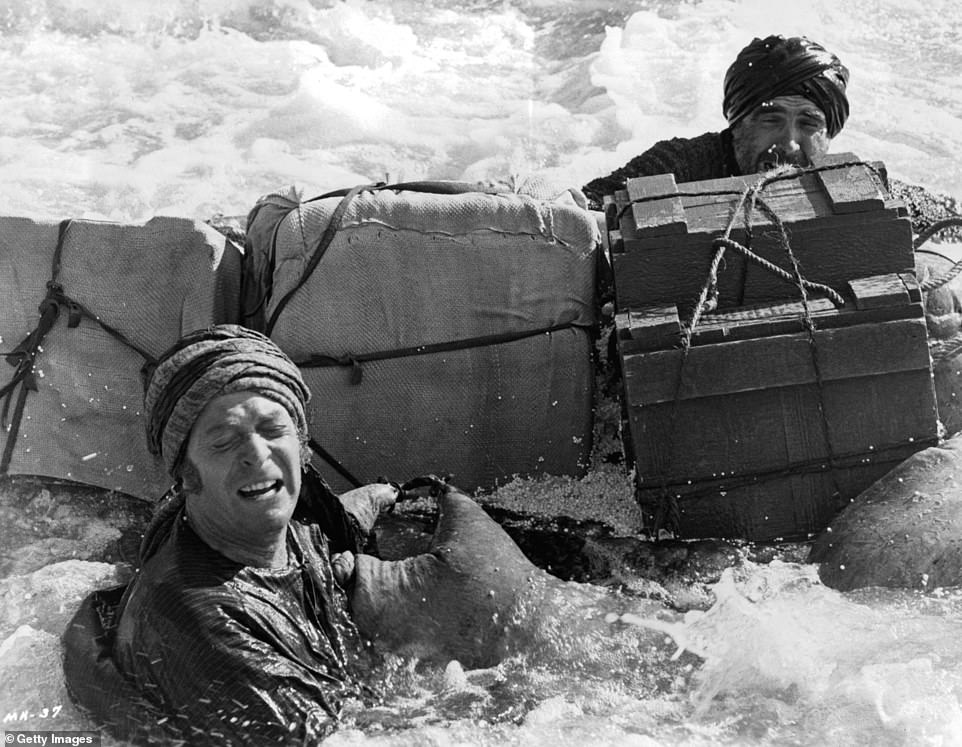 1975: Michael Caine and Connery seen being overwhelmed by water in a scene from the film The Man Who Would Be King 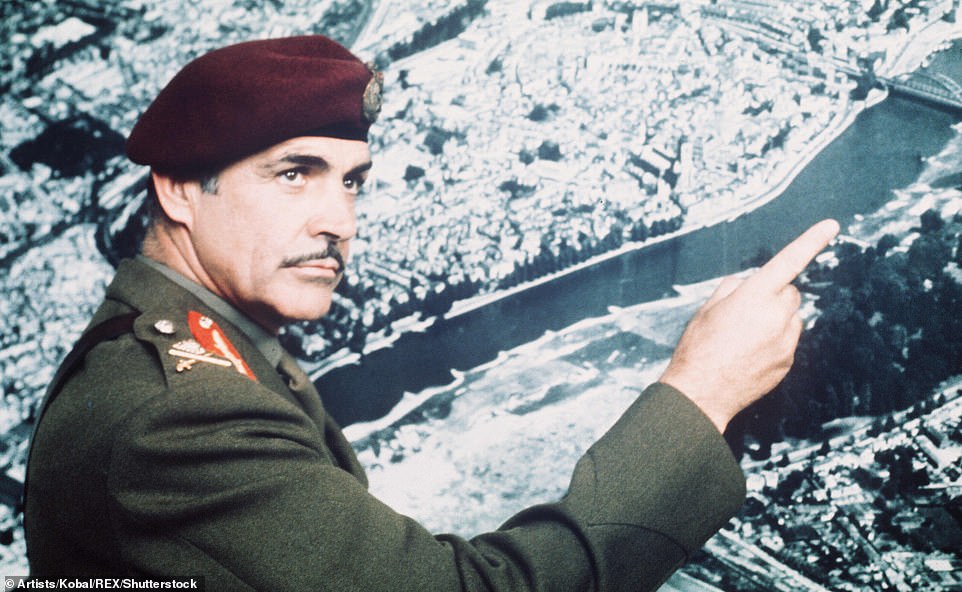 1977: Connery as Major General Roy Urquhart in the film A Bridge Too Far, directed by Richard Attenborough 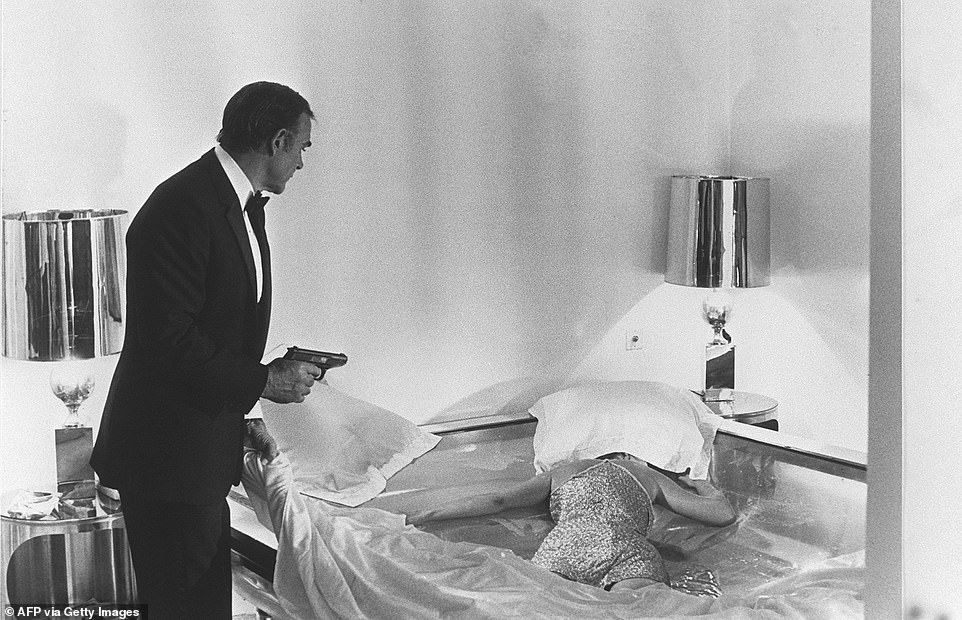 1983: Connery is seen playing the fictional spy James Bond during the making of the 1983 film Never Say Never Again 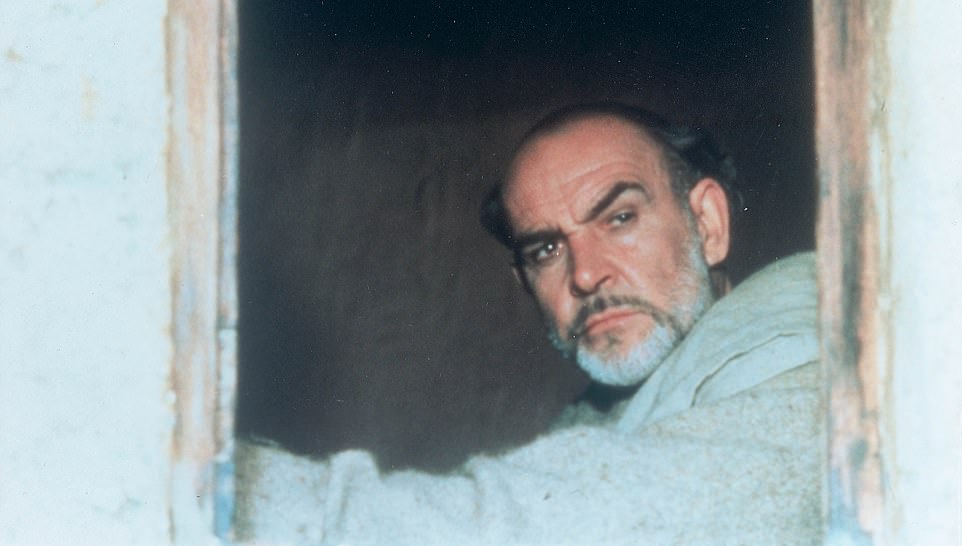 1986: A scene from the film The Name of the Rose, in which Connery took on the role of William of Baskerville 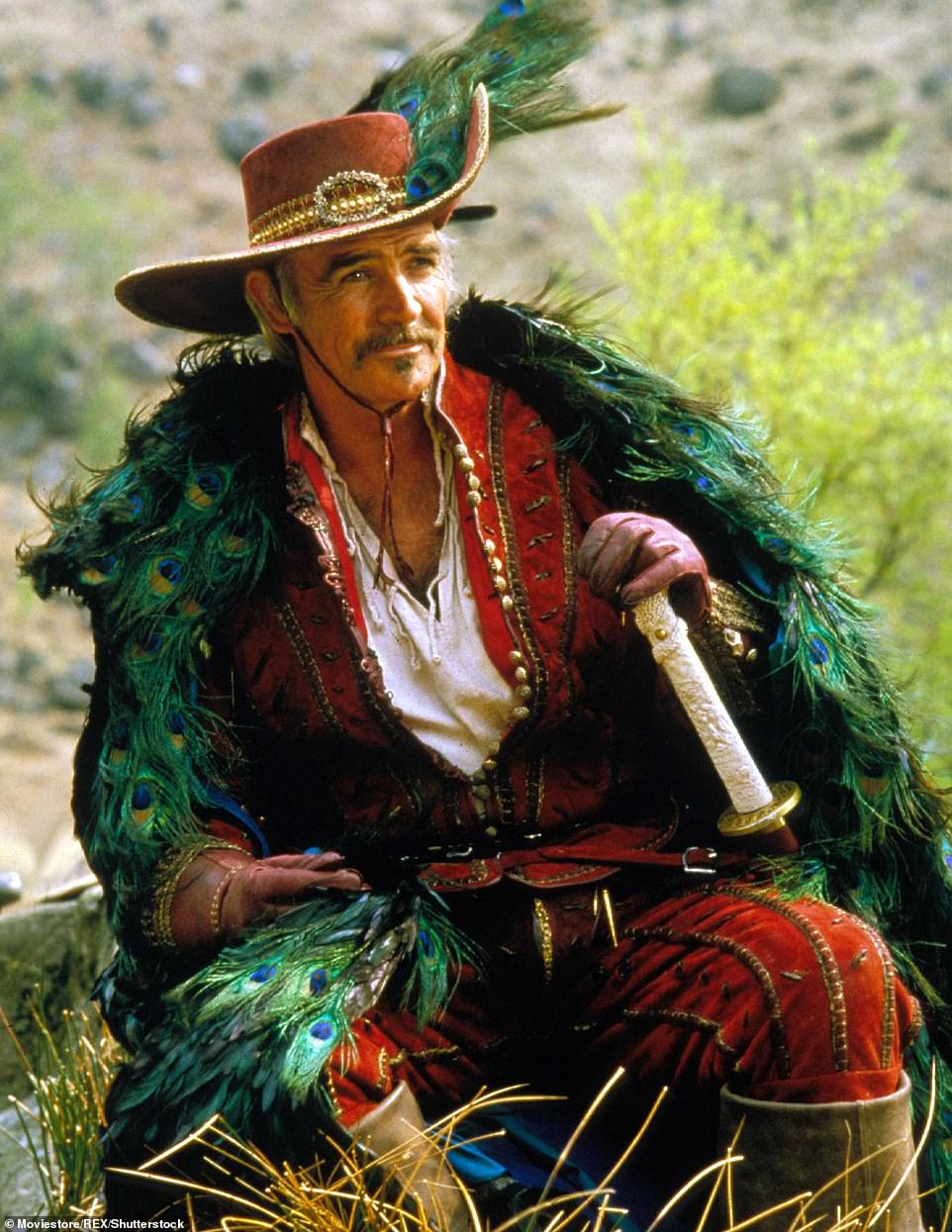 1986: A scene from the film Highlander, showing Connery as Juan Ramirez, an Egyptian swordsman who is immortal 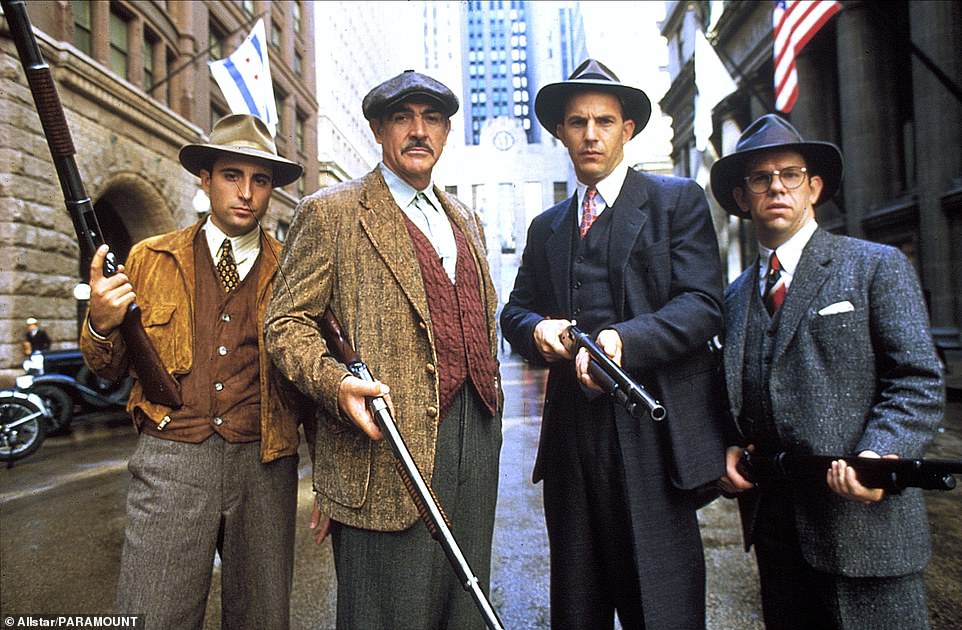 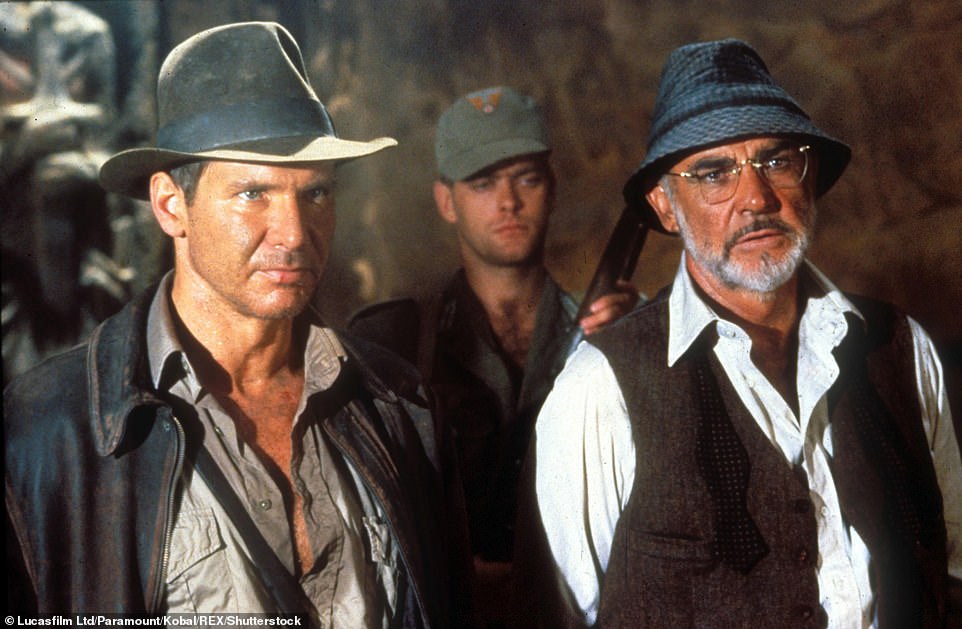 1989: Harrison Ford and Connery in Indiana Jones and the Last Crusade, which was directed by Steven Spielberg 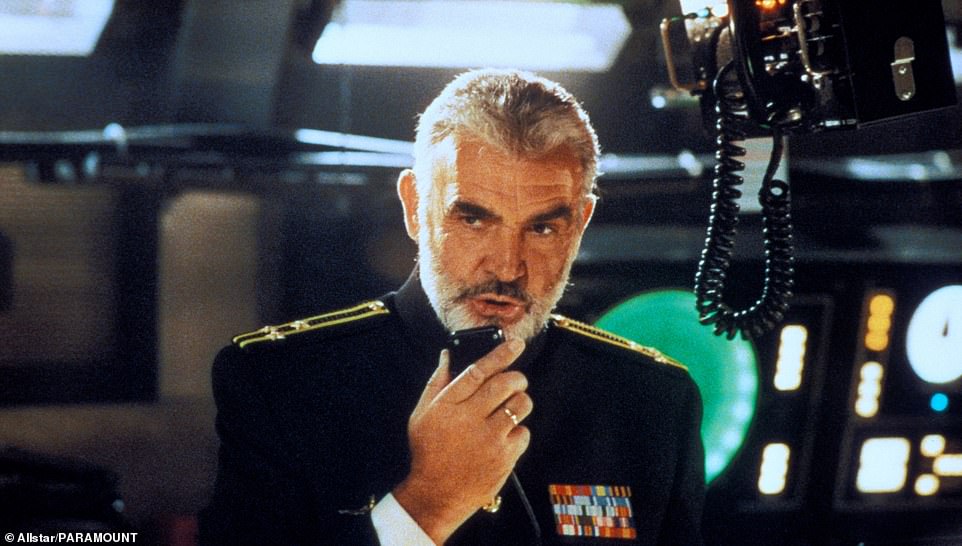 1990: Connery as Marko Ramius in The Hunt for Red October, an American submarine spy-thriller film 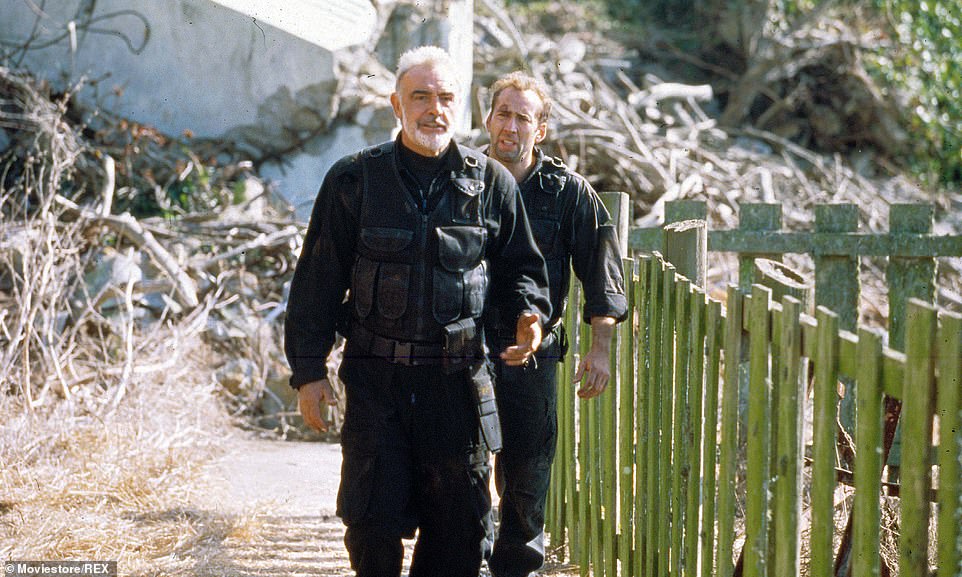 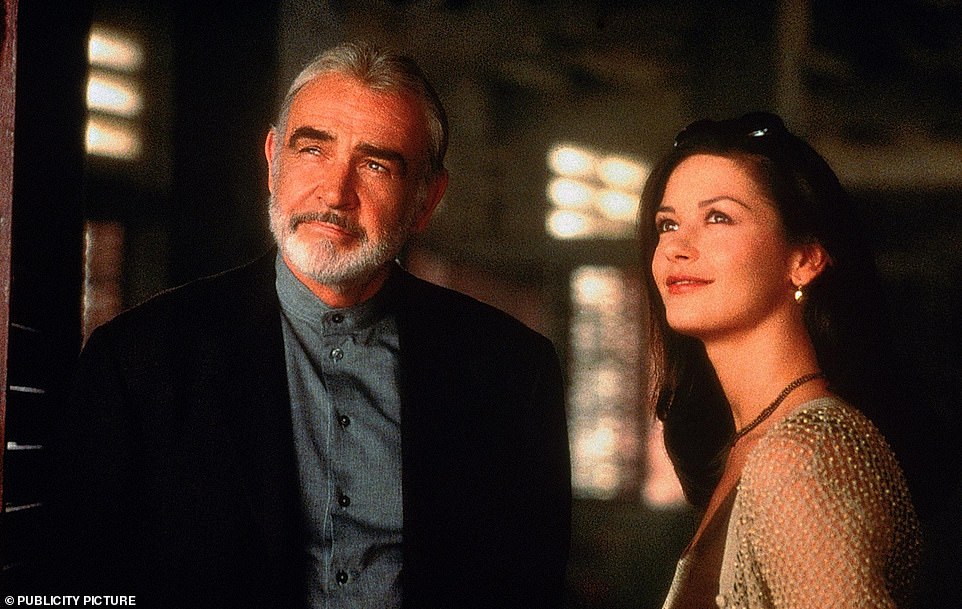 1999: Connery pictured as Robert MacDougal with Catherine Zeta Jones as Virginia Baker in a scene from the film Entrapment 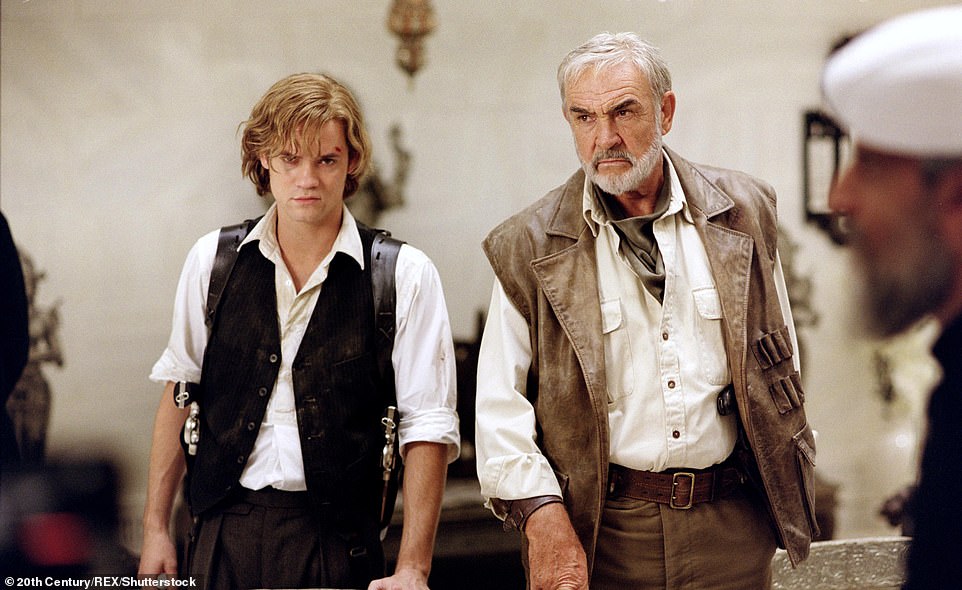 2003: Shane West and Connery in The League of Extraordinary Gentlemen, which was directed by Stephen Norrington

Elon Musk has appeared on Saturday Night Live, poking fun at his own eccentricities and appearing...