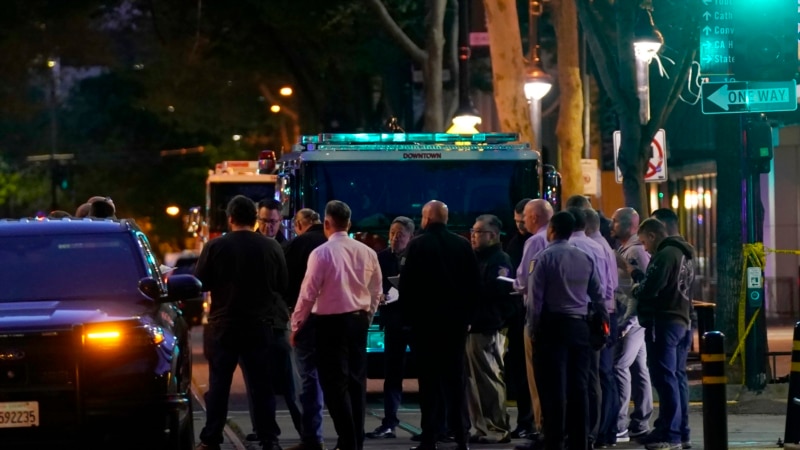 Police in California are searching for at least one suspect after a shooting attack early Sunday that left six dead and 10 wounded.

Sacramento Police Chief Kathy Lester told a news conference that police were patrolling the area around 2 am when gunfire erupted.

Upon arrival at the scene, officers saw a large crowd in the street and six people dead. Another 10 people went to the hospital on their own or were taken there. No details were given about his condition.

The authorities at the moment do not know if there was one or more attackers, and have asked the community for help in identifying those responsible.

Lester did not elaborate on the type of weapon used.

“This is a very complex and complicated scene,” said the police chief.

He called on the public if anyone saw the event or has recordings that might be helpful, to contact the police.

Sacramento Mayor Darrell Steinberg wrote on Twitter: “There are no words to express my shock and sadness this morning. The number of dead and wounded is difficult to comprehend. We are awaiting more information on what exactly happened in this tragic event.”

“Gun violence is on the rise and is becoming a blight on our city, our state and our nation, and I support any measure to reduce it,” he added.

“What we know at this time is that another act of gun violence has occurred, leaving families who have lost loved ones, many individuals injured and a community in mourning. The plague of gun violence remains a crisis in our country, and we must have the courage to put an end to this carnage,” the governor said.

Videos posted on Twitter show people running down the street to the sound of gunshots. They also show ambulances arriving at the scene.

The authorities asked citizens to stay away from the place, where there are several restaurants and bars and which is close to the Golden One Center, where the Sacramento Kings basketball team plays.

Berry Accius, a community activist, said he went to the scene shortly after the shooting.

“The first thing I saw was the victims. A girl all covered in blood and another girl brushing the broken glass off her, another girl screaming ‘They killed my sister.’ A mother ran screaming, ‘where is my son? Has my son been shot?’” Accius said.

“It was all shock, trauma, a lot of things that, you know, you don’t want to see,” he added.

Kelsey Schar, 18, was staying at the Citizen Hotel when, she says, she heard the gunshots. She went to the window and “I saw a man running and shooting,” Schar told The Associated Press.

Madalyn Woodard, 17, who was staying at the same hotel, said she saw a bunch of people running down the street and a girl, apparently injured in the arm, on the ground. The nightclub security guards rushed to help her.

“The nightclub security guards, I think she was around, they brought napkins and I saw the bloody napkins they were using,” Woodard said.

UC Davis Medical Center received five victims of the event, said spokeswoman Stephanie Winn. She did not disclose her gender or status, referring those questions to police.

It is the latest act of violence in Sacramento. On February 28, a man killed his three daughters, a chaperone and committed suicide in a church during a supervised visit. David Mora, 39, had a semi-automatic style rifle, although he had a restraining order that prohibited him from having firearms. His daughters were 13, 10 and 9 years old.

Zelenskyy: ‘Mothers Of Russian Soldiers’ Should See Graphic Photos Out Of Kyiv Region