Russell replaces Adam Hastings at 10, who drops to the bench.

Scotland are aiming to register a third Six Nations win in a row in Llanelli.

Head coach Gregor Townsend has made four changes in all from last week’s 48-7 warm-up win against Georgia.

Russell made his highly-anticipated return to the Scotland set-up in the second half of the Georgia game, having not featured in the first four Six Nations matches after a breach of team protocol led to a falling out with Townsend.

Blair Kinghorn has shifted from full-back to the wing to accommodate Hogg, who missed last week’s win as he helped Exeter clinch a Champions Cup and Premiership double, while Edinburgh’s Duhan Van der Merwe drops to the bench, along with Ben Toolis who makes way for Gray.

Scarlets’ Thomson will run out on his home ground, as he comes in for Fagerson who injured his ankle against the Georgians, while Jamie Ritchie and Hamish Watson retain their back-row places.

There is continuity in the front row with Rory Sutherland, Fraser Brown, and Zander Fagerson, and in the centre as James Lang and Gloucester’s Chris Harris continue their partnership.

Lang’s Harlequins teammate and scrum-half Scott Steele could make his debut from the bench. 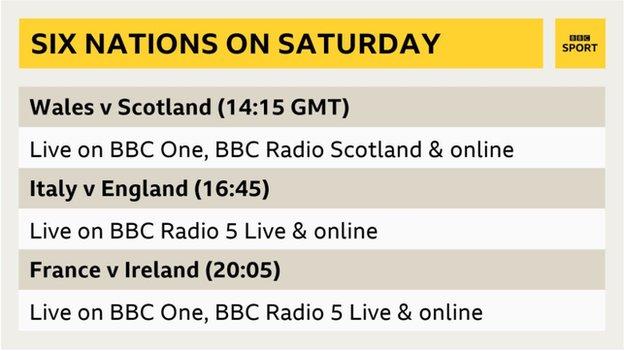 Demon’s Souls PS5: How Bluepoint Is Remaking a Classic