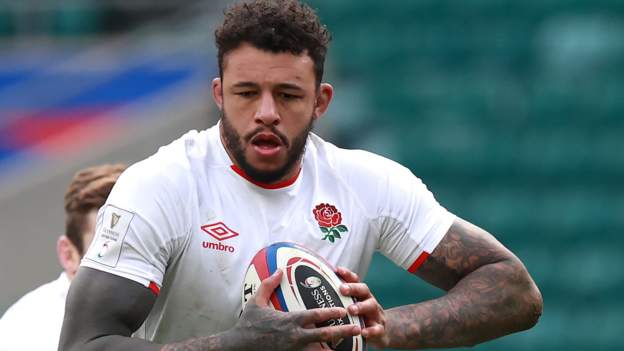 
England forward Courtney Lawes will be unavailable for the rest of the Six Nations because of a pectoral injury.

Northampton’s Lawes was ruled out of Saturday’s game against Wales after falling during training on Wednesday.

The 32-year-old missed England’s autumn schedule because of an ankle injury but returned to the starting XV for the side’s Six Nations win against Italy.

Amor added that there were “no clear time-scales” for Lawes’ recovery, and that a replacement would be called up after the Wales game.

Mark Wilson will start at blind-side flanker on Saturday, as he did in England’s opening loss to Scotland, with uncapped 19-year-old George Martin among the replacements.

“He [Lawes] is an experienced player,” Amor continued.

“He brings a line-out threat and great defensive energy. But we have some fantastic players, particularly with Mark Wilson.

“He is one of our work-rate players and brings strength around the breakdown.”

Defending champions England are third in the Six Nations table, while Wales are second and chasing a Triple Crown after victories against Ireland and Scotland.