A mum was terrified to find a deadly snake lurking centimetres away on a walk with her dog and baby daughter.

Kelly Greenwood was walking through Watiparinga Reserve in Eden Hills in Adelaide‘s southeastern foothills with her dog and 22-month-old child.

She went to pick up her little girl and got the shock of her life when she turned around and noticed an unexpected visitor trying to sneak into the pram. 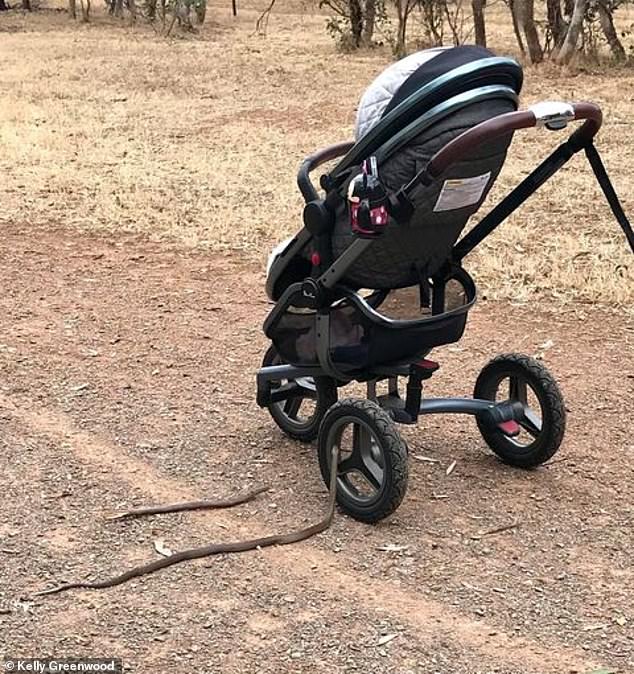 ‘I had just taken my 22-month-old daughter and my dog for a walk, my daughter was just off to the left of me and I picked her up then turned around to see a snake climbing up the pram,’ Ms Greenwood told ABC Adelaide.

‘I just stood still as it climbed up and crawled across the wheel and up the pram and look at me then slithered off. Thankfully my dog was up the path and didn’t even notice.’

Ms Greenwood shared the photo as a reminder for everyone to be to be aware snakes are out and about.

The photo sparked thousands of comments across the country and left many parents horrified.

‘Thank god the child wasn’t in the pram. If I was in that situation but my child was in the pram I think my gut instinct would be to grab the pram and god know what would happen after that,’ one mum wrote.

‘If my child wasn’t in pram and child secure I think i’d abandon pram with everything in it.’ 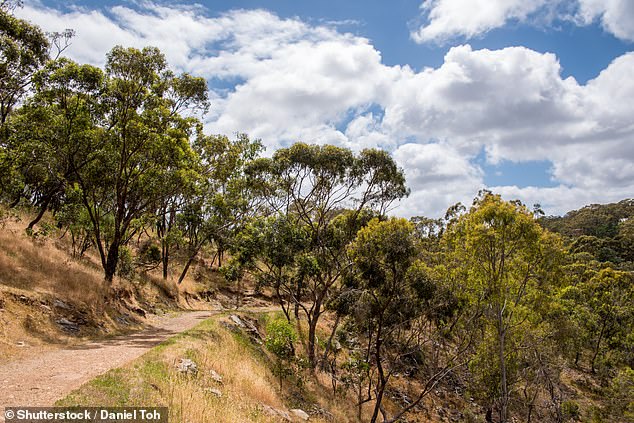 Many people commended the mum on her actions and calm reaction.

‘You did everything right. Back off leave him alone, he lives in this world too. You have made plenty of time to make rational decisions,’ one man commented.

Once owned by the Ashby family, the land Watiparinga Reserve is on was donated to the National Trust in 1957.