Feline mischievous! Pet owners share hilarious snaps of cats taking over supermarkets – from guarding a cash machine to napping in the fruit aisle

Cats are known for their independent spirit but they are equally loved for their weird and playful side.

And now feline lovers from across the world have shared hilarious pictures of their pets showing they don’t care what anyone thinks by strutting around supermarkets across America like they own the place.

The hilarious snaps, collated by Bored Panda from Twitter account Bodega Cats, include a mischievous kitten who decided to have a nap in between watermelons for sale.

Elsewhere, one cat didn’t seem to care about getting in the way as it sat in the fruit scales, while another naughty kitten who tried to scale a till to reach the goodies.

Here, FEMAIL shares some of the hilarious things that cats decided to get up to in supermarkets and corner shops. 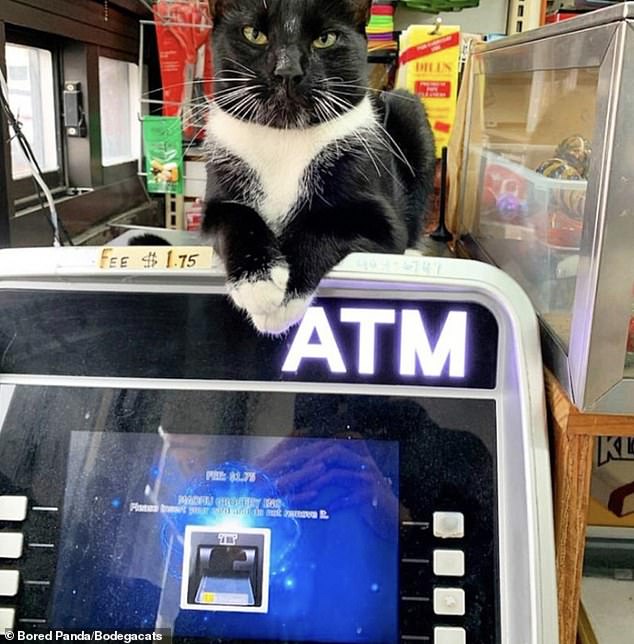 These cats, including one who stood guard of a cash machine, proved they didn’t care what anyone thought as they strutted around supermarkets like they owned the place 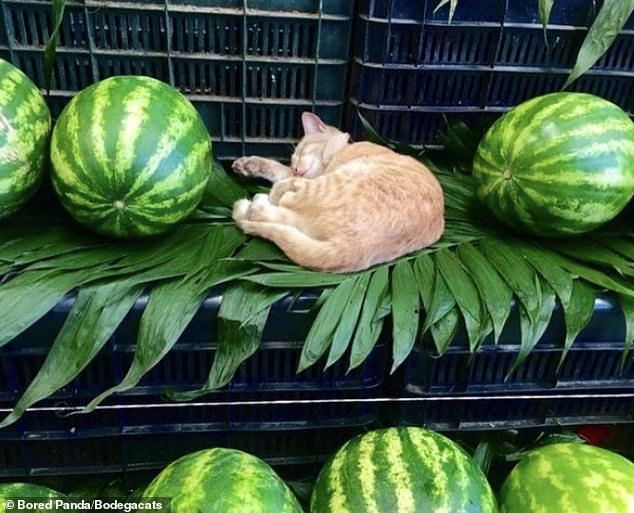 The hilarious snaps, collated by Bored Panda from Twitter account Bodega Cats, included a mischievous kitten who decided to have a nap in between watermelons for sale 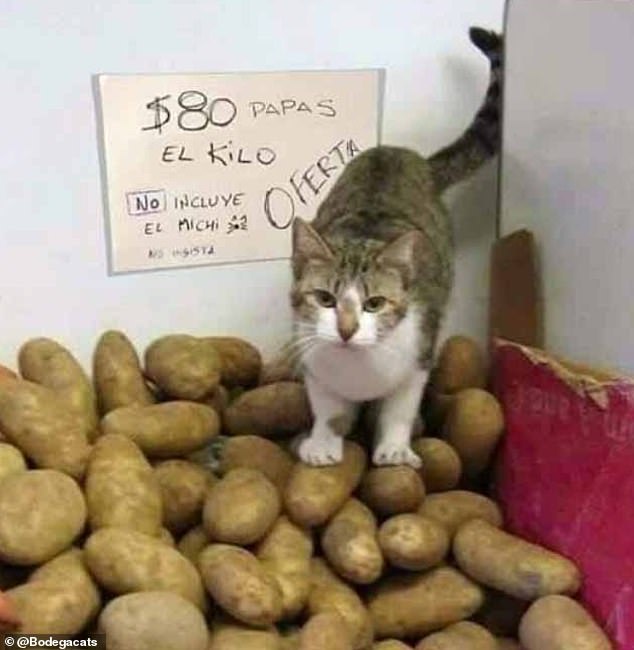 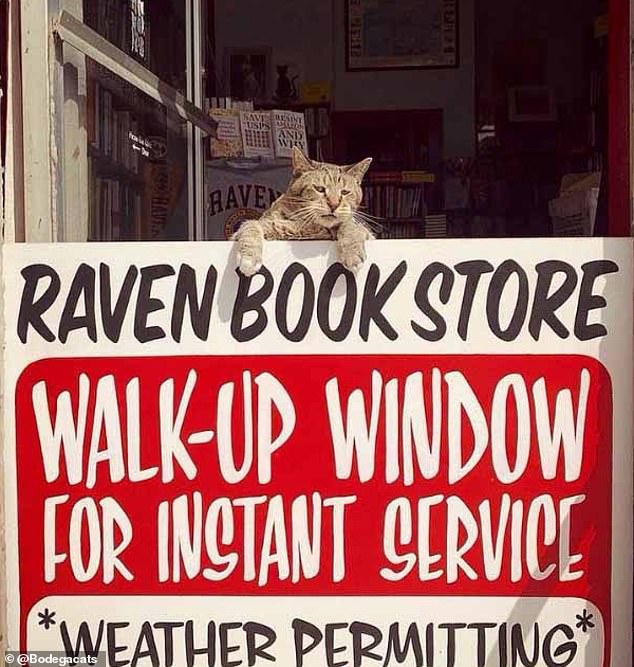 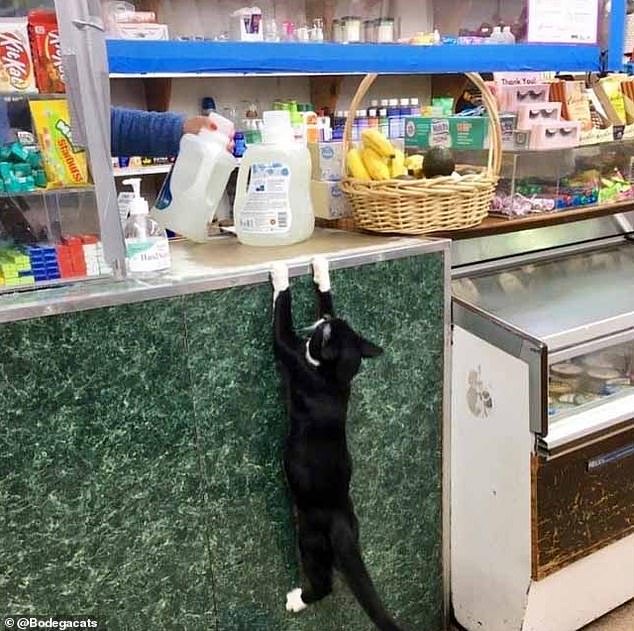 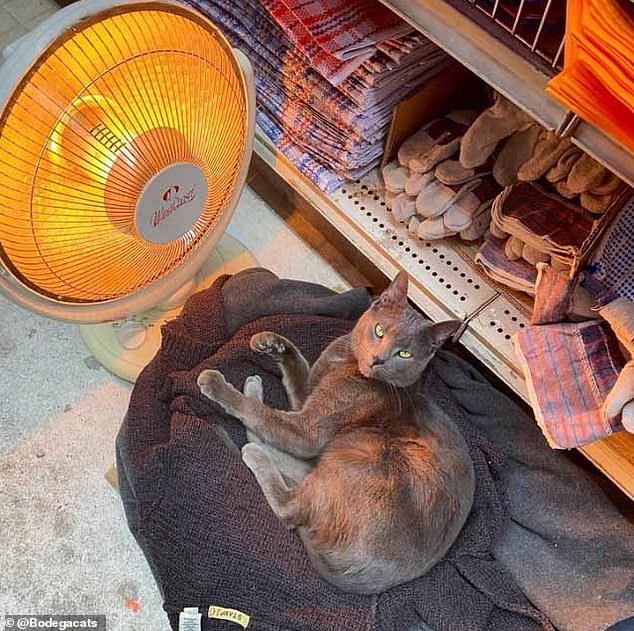 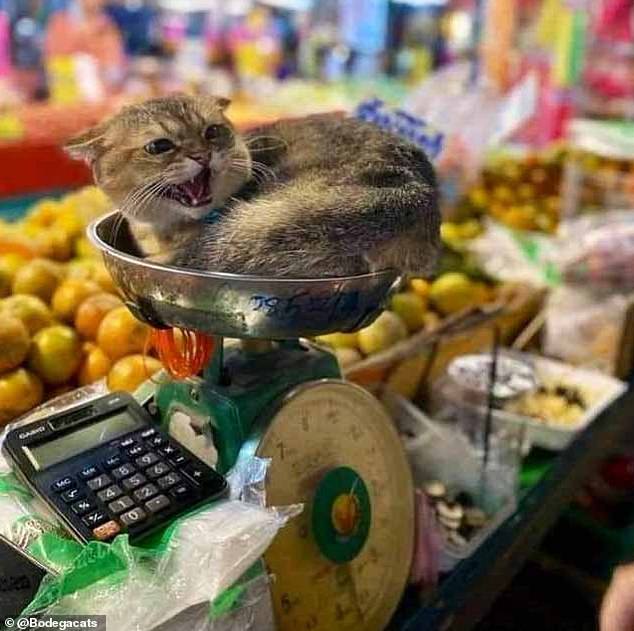 Elsewhere, one naughty kitten didn’t seem to care about getting in the way as it inconveniently sat in the fruit scales with a furious expression on its face 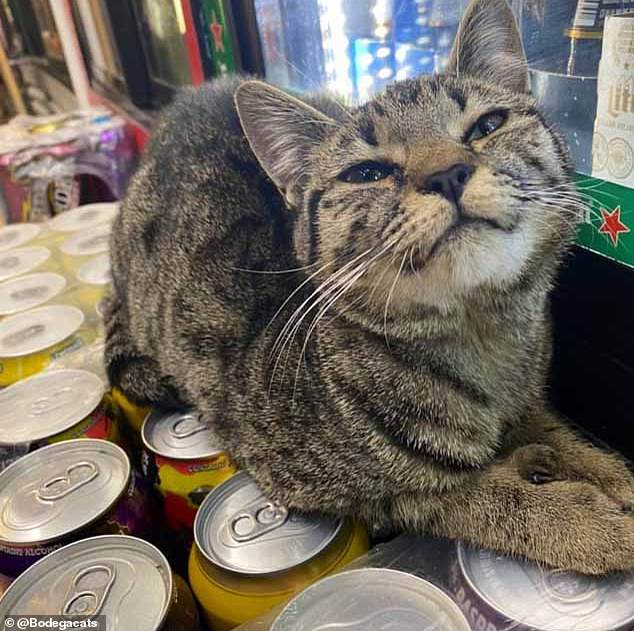 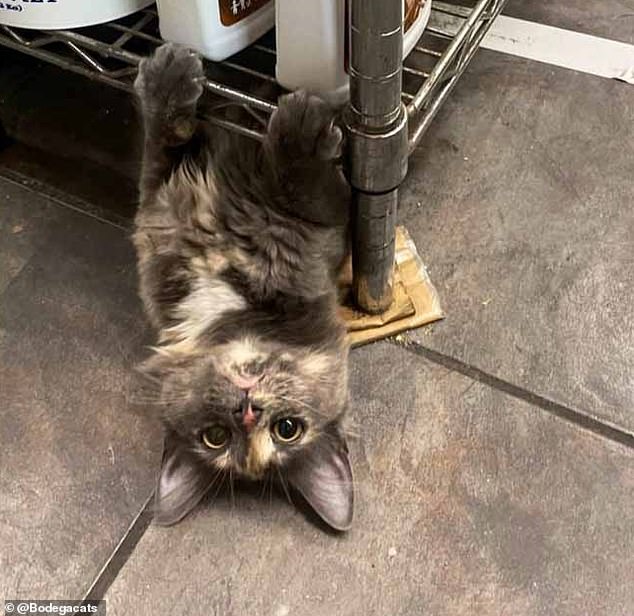 Peek-a-boo! Another hysterical feline was sure to have given customers the fright of their lives after unexpectedly climbing out from below a shelving unit 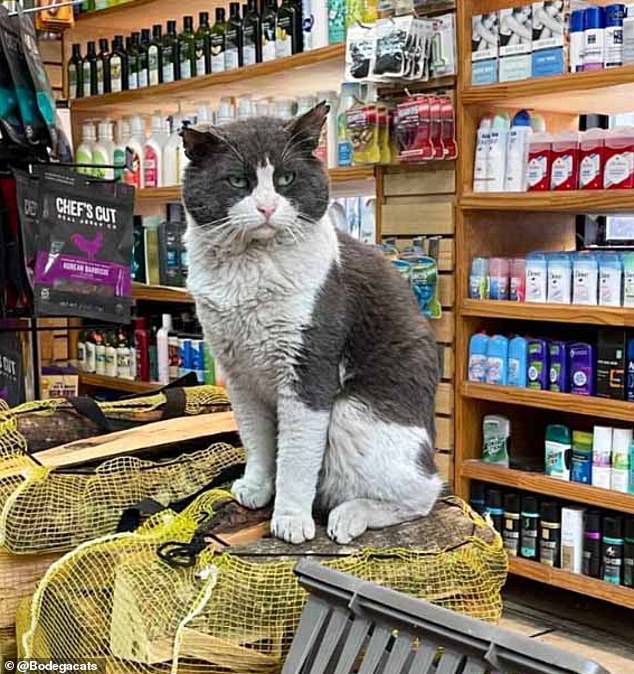 This huge cat, in an unknown location, seemed to take it upon itself to guard the bags of wood – and no customers would have dared battle with this grumpy moggy 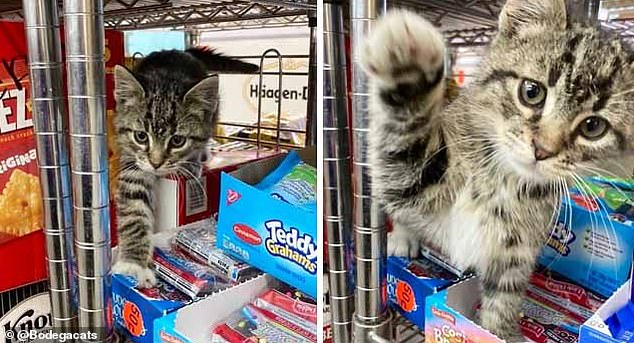 Meanwhile, one adorable tabby decided to make one food shelf its personal playground as it skilfully weaved its way through the tasty treats 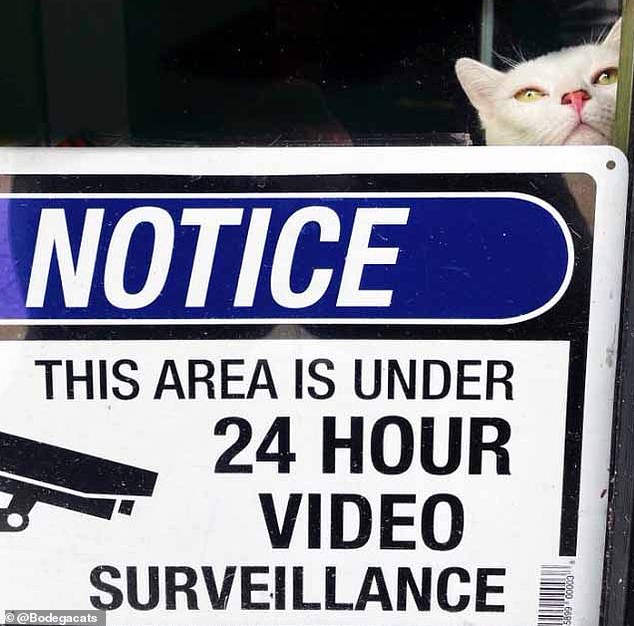 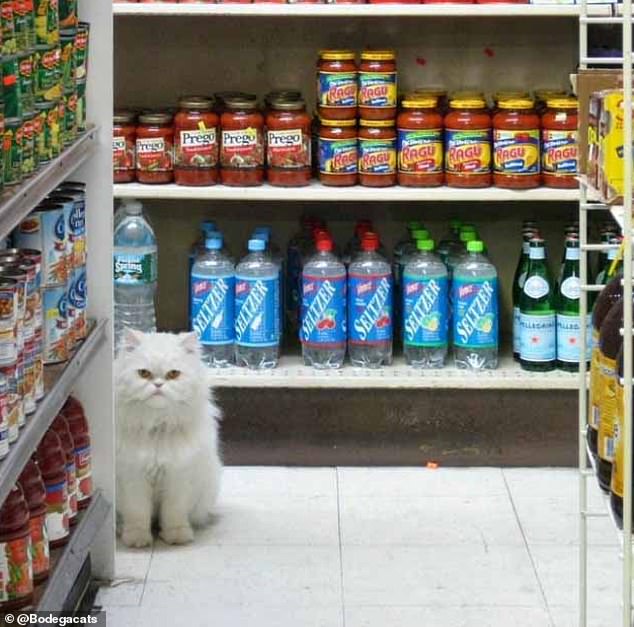 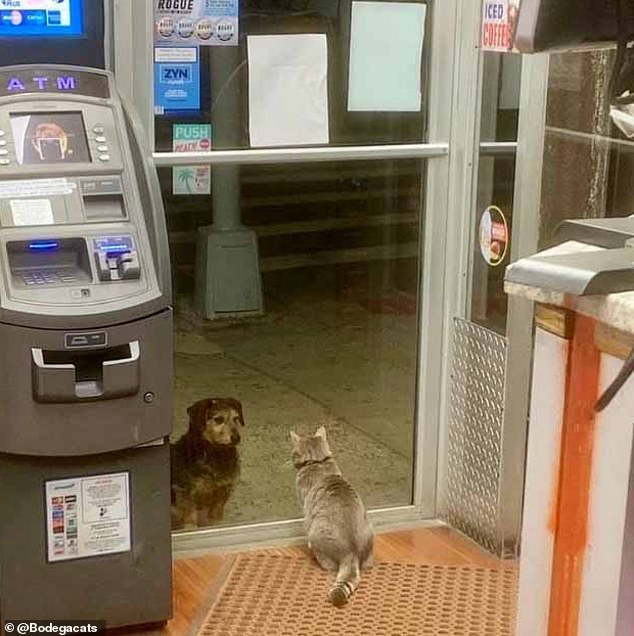 Elsewhere, another brave cat proved who was boss of this American shop as it had a face-off with a dog on the other side of the glass door