Angry socialites demand their money back after $2,000-a-head beach lunch is ‘ruined’ by torrential rain and wind that blew over marquees and soaked the food – with a guest taken to hospital

A luxury $2,000-a-head luncheon on one of Australia’s most beautiful beaches experienced Fyre Festival-like results after everything went wrong.

The White on Whitehaven Long Lunch on Whitehaven Beach on Hamilton island, hosted by Fish D’vine on May 30, was sold as an exclusive event with fine food in a picturesque setting.

The reality was ‘atrocious’ weather that resulted in guests ‘spewing’ and ‘men peeing everywhere,’ as people were unable to access the toilets onboard ferries due to the wild seas.

There was torrential rain ruining food, wind blowing over marquees, a woman needing medical attention and guests urinating in trees metres from each diners.

But Fish D’Vine owner Kev Collins refused to offer refunds to any of the guests, saying he ‘wished he could control the weather’. 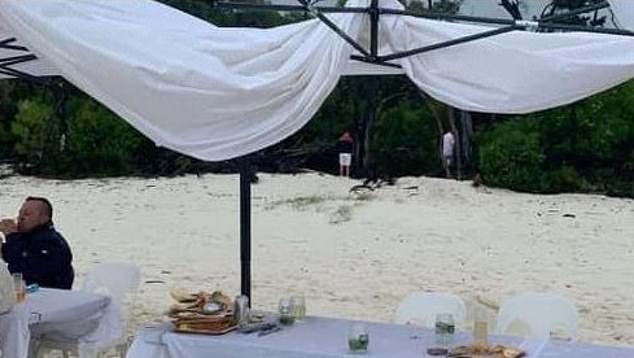 Mr Collins said the three-hour event held last Sunday had forecasts for great weather so they decided to go ahead.

‘There’s absolutely no doubt the weather ruined it for some people, but that’s the risk with any outdoor event, and it’s a shared risk between the organiser and the participant,’ he said.

He said the toilet situation was always the same and that they’d never had an issue in calm weather, despite not planning for bad conditions.

There were 750 people in attendance each paying upwards of $2,00 each, but despite the ‘extreme’ weather Mr Collins says only a ‘few’ have requested refunds. 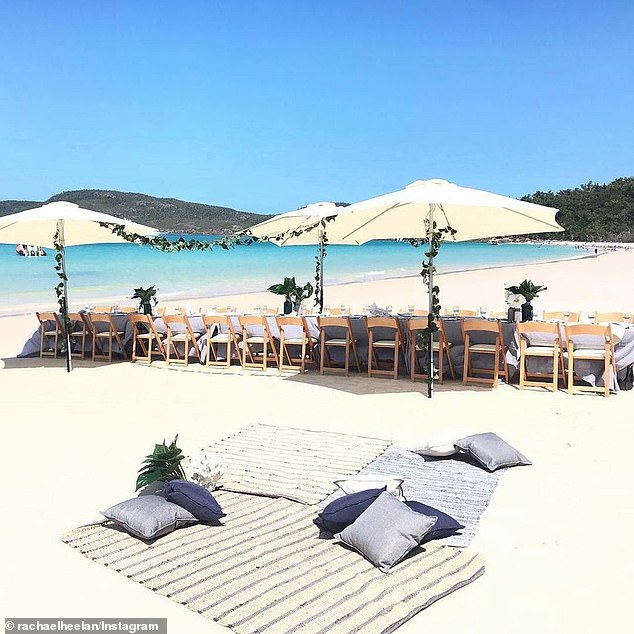 One woman did require medical attention both during and after the lunch after falling ‘very ill’ according to the Fish D’Vine owner.

She was taken to hospital in an ambulance after returning to the mainland after the event.

The Queensland state government helped fund the event to the tune of $40,000 which Fish D’Vine say went towards marketing.

The Whitsunday Regional Council also added $5,000 to ensure nonstop rides between the event and ferries for guests needing the toilet.

eKeto.me - To succeed on keto! Reviews

Five years ago, Angela Merkel threw open her borders to more than a million migrants

UK and EU in row over bloc’s diplomatic status

Jaguar Land Rover is stepping on the gas with a new hydrogen-fuelled electric 4X4, the British...